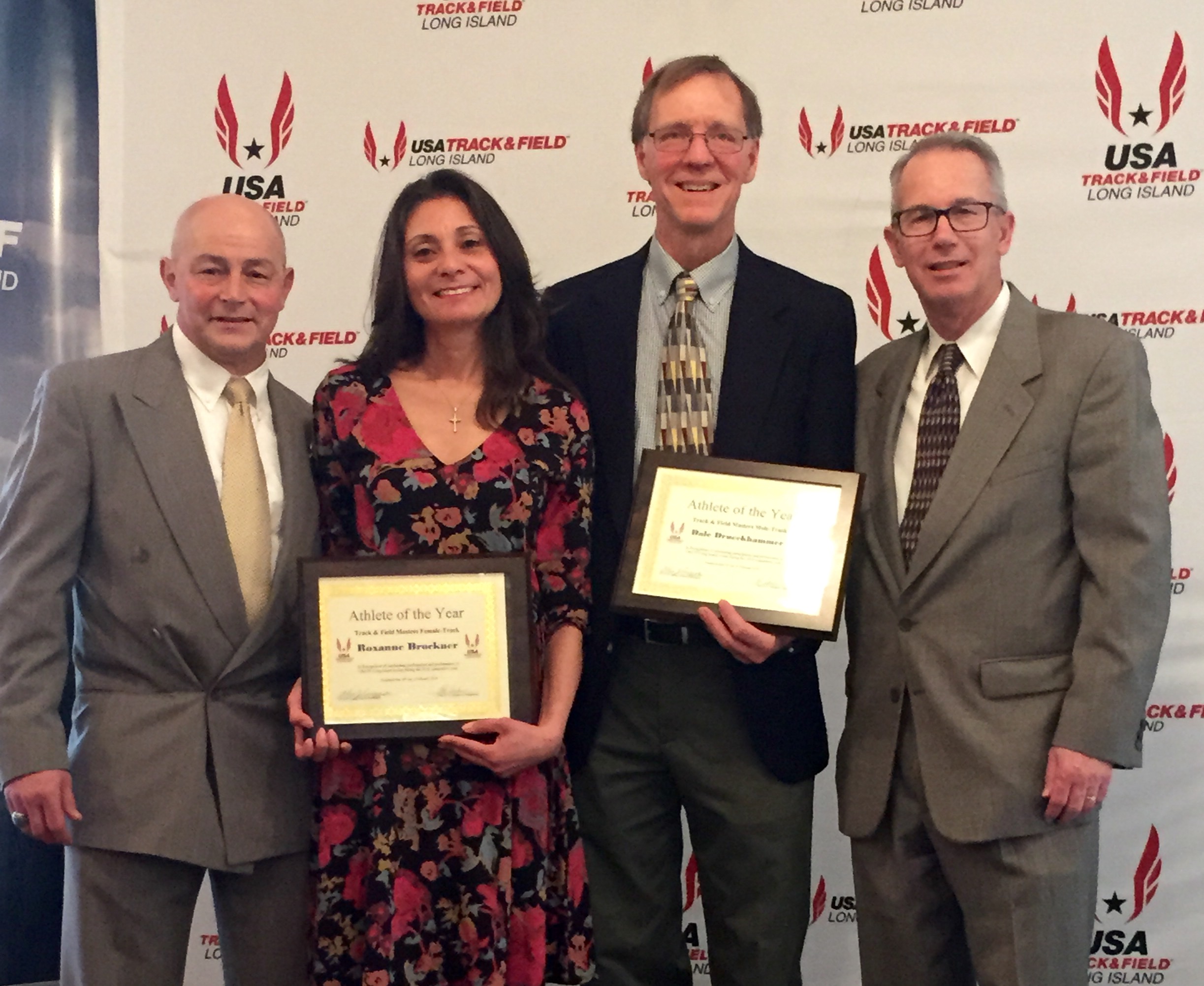 USATF is a national organization for track and field athletes that range from youth to open, elite to masters level. USATF Masters has become very competitive and expands to regionals, nationals and world championships. 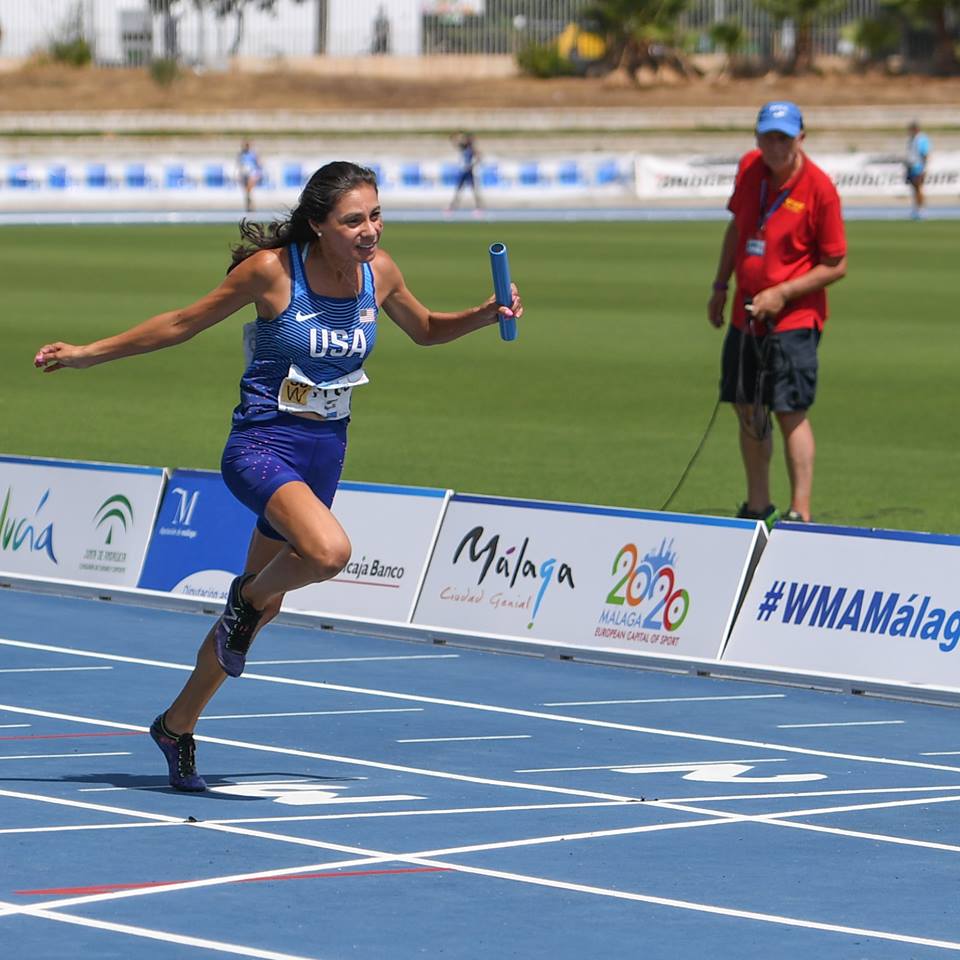 Roxanne Brockner ran the anchor leg of the 4 x 100 meter relay in Spain that took silver for Team USA.

“It is very exciting for me to be top 8 in the world and to give Stony Brook University a solid representation in World Masters Athletics,” said Brockner, who claimed three subtitles in the 60, 200 and 400 meters at the Indoor Nationals in Landover, MD. Then she had two national titles in the 100 and 200 meters at the USATF Masters Outdoor National Championship in Spokane, WA, in July 2018, clocking 13.28 in the 100 meters, the fastest time in the competition for this event. Brockner then went on to the World Masters Athletics (WMA 2018) in Malaga, Spain, in September representing Team USA and made it to every final, placing 6th in 100 meters, 7th in 400 meters and 4th in 200 meters. She also was the anchor leg of the 4 x 100 meter relay that took silver for Team USA.
“Roxanne is very deserving of this award,” said Andy Ronan, Head Coach of Stony Brook University Track and Field. “What is most impressive about her results is the fact she not only did them at the national level but also on the world stage. It is not a surprise to my assistant Coach Powell or myself, as we have seen the effort she gives to her sport on a daily bases out on the track. We have encouraged our own athletes at times to watch Roxanne train; she is a gifted athlete with a tremendous passion for what she does. I would like to also give a shout out to her training partner Professor Dale Drueckhammer and congratulate him on winning his award and on the many fine performances he produced this year.” 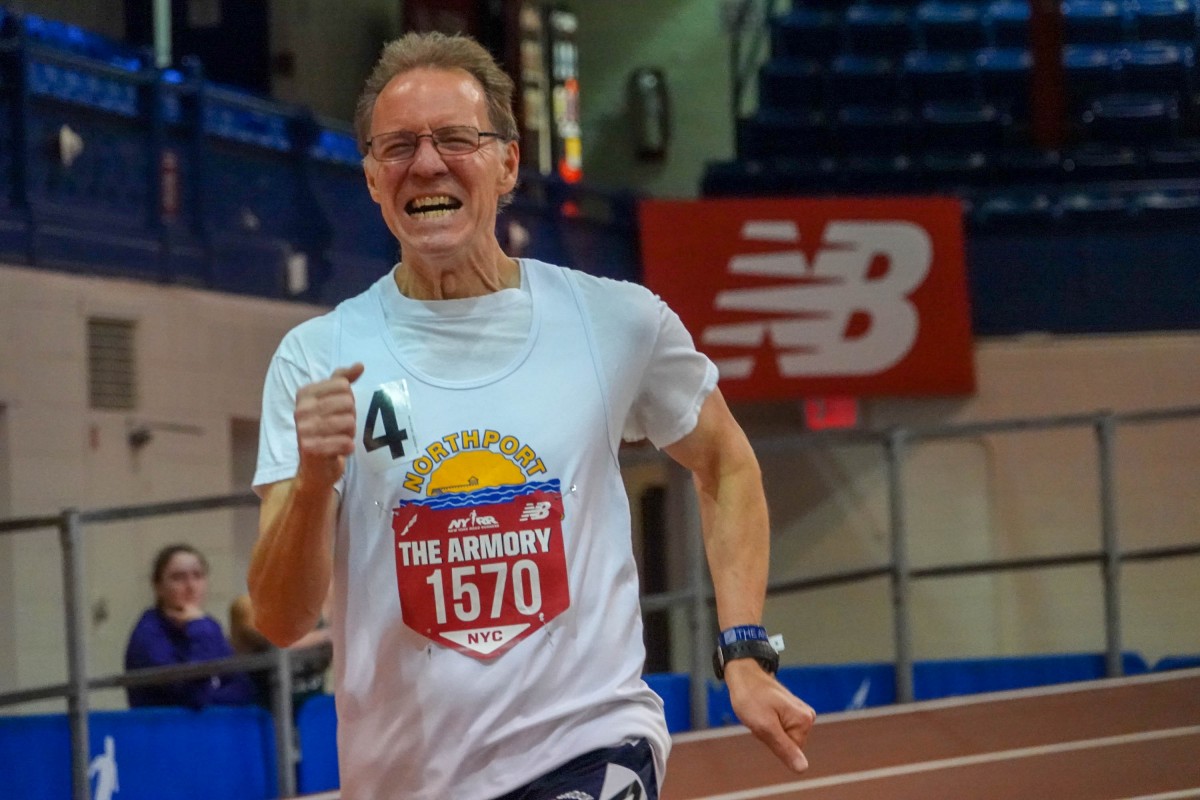 Dale Drueckhammer set a new Masters age group Long Island record in the 600 and 1000 meters at the Armory Track in NYC.

Drueckhammer also represented Long Island at Nationals, clocking very competitive times. He went on to represent Team USA in the 800 and 1500 meters at the World Championship in Malaga, Spain.