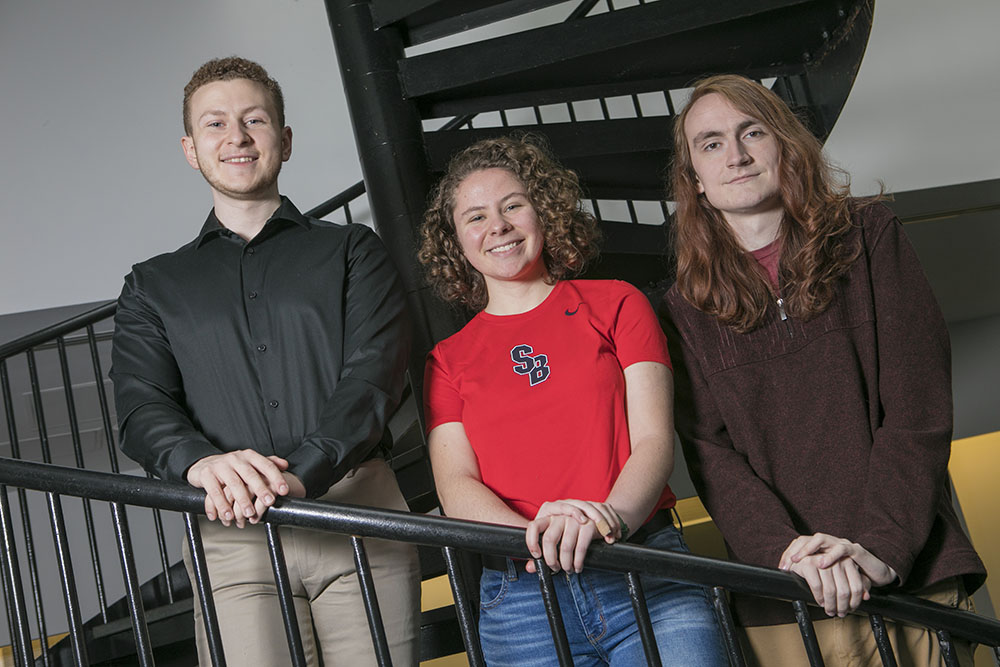 “This is a significant achievement because each institution may nominate only four students to compete at the national level,” said Jen Green, External Scholarships and Fellowships Advisor at Stony Brook. “I met these three early in their undergraduate careers and it is so gratifying to see not only their brilliance, but also their years of hard work recognized. Planning ahead is crucial to success in external fellowships competitions. They set their sights on Goldwater and pursued opportunities that would make them exceptionally competitive.” 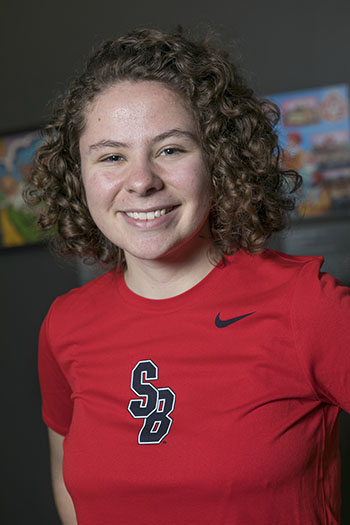 Garfield’s research examined how microbes affect water quality and she was mentored by Jackie Collier (SoMAS), Frank Stewart (Georgia Tech), Natassia Patin (Georgia Tech), and Kiyoko Yokota (SUNY Oneonta).
Kling used spectroscopy to characterize rocks and minerals found on Earth to compare with remote sensing data from other planetary bodies such as the Moon, Mars and asteroids. He lists his mentors as Timothy Glotch (Geosciences), Deanne Rogers (Geosciences), and Denton Ebel (American Museum of Natural History).
McHugh, an Honors College student, studied the interactions between components of diverse, biologically important macromolecular complexes. Steven Glynn, (Biochemistry and Cell Biology), Dale Drueckhammer (Chemistry), and Takashi Morii (Kyoto University) mentored Ryan.
Garfield, also a member of the Honors College, hopes to pursue a PhD in biological oceanography and will be doing research in Germany this summer as part of the German government’s prestigious DAAD RISE program. After arriving at Stony Brook in 2016 she immediately became involved in a SoMAS research project that examined the effects of marine reserves on predatory fish.
In the summer before her junior year, Garfield participated in an REU program at Georgia Tech, where she worked on an aquatic chemical ecology project involving the examination of genome sequences of the microbes found in different bloom states.
“I really like science and research because of the problems they can help solve,” said Garfield. “My first research experienced focused on environmental issues that were important to my community and it was incredibly rewarding to feel that I was making a difference. I still feel like the projects I work on will help people and the environment and it keeps me motivated.” 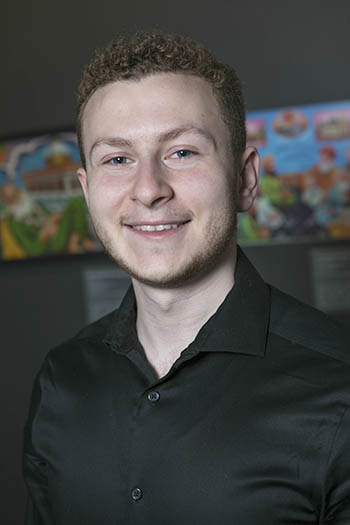 Kling co-authored a paper in the Journal of Geophysical Research: Planets titled “MGS-TES Spectra Suggest a Basaltic Component in the Regolith of Phobos.” He participated in an REU program at the American Museum of Natural History, making x-ray maps of meteorite thin sections and doing image analyses of them.
“I got to see their entire meteorite collection and to hold pieces of Mars, some of the oldest material in our solar system,” said Kling, who plans to head straight into a PhD program studying planetary geology following graduation.
McHugh can frequently be found in the chemistry lab and even works Saturdays to continue his research.
In addition, he takes advantage of the Japanese language courses offered by SBU’s Department of Asian and Asian-American Studies. Last summer, he was chosen for the highly selective Amgen Scholars Program at the University of Kyoto in Japan, leveraging his excellence in both science and the humanities.
“Doing research in Japan helped me see how interconnected the world is, and how science brings us together to solve important problems,” said McHugh.
Ryan’s future plans include additional overseas research opportunities such as the Fulbright U.S. Student Program before he heads to a graduate school to pursue a PhD in molecular or structural biology and a career as a researcher.
“I would also like to recognize David Rubenstein, Associate Professor of Biomedical Engineering, who was integral in helping these up-and-coming researchers prepare their application materials,” said Green.
The Barry M. Goldwater Scholarship and Excellence in Education Program, named after the five-term Arizona senator, is one of the oldest and most prestigious nationally competitive awards in the natural sciences, engineering and mathematics. 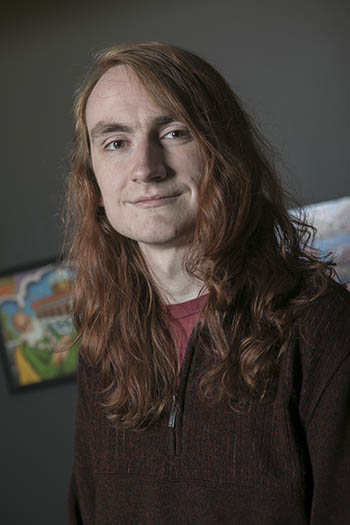 There were 1,223 nominations received national by Goldwater from 443 institutions. Stony Brook’s three recipients, chosen from four nominees, were among 496 Scholars named this year.
The scholarship has been awarded annually to roughly 300 college sophomores and juniors since 1986. It is awarded based on merit and the amount given is determined by the student’s financial needs, which includes up to a maximum of $7,500 per academic year.
“To me, the Goldwater Scholarship is about the prestige, not just the funding,” said Green. This honor will be a highlight of Claire, Alex, and Ryan’s resumés for years to come. I am confident that it will serve as a stepping stone for other honors such as the National Science Foundation (NSF) Graduate Research Fellowship Program (GRFP) and the Fulbright U.S. Student Program.”
— Glenn Jochum