“The names we’ve all heard, but we need to say them —
Trayvon Martin,
Eric Garner,
Mike Brown,
Tamir Rice,
Sandra Bland,
Walter Scott,
Philando Castile,
Breonna Taylor,
Ahmaud Arbery,
George Floyd
— and understand that for every name that we know there are families and communities mourning countless other lives lost.”
With those words, Charles Robbins, vice provost for undergraduate education and executive director of the Center for Changing Systems of Power, kicked off a virtual town hall titled “The Killing of George Floyd and the Resulting Protests for Social Justice” on June 18, featuring the insights and expertise of Stony Brook faculty and alumni panelists. 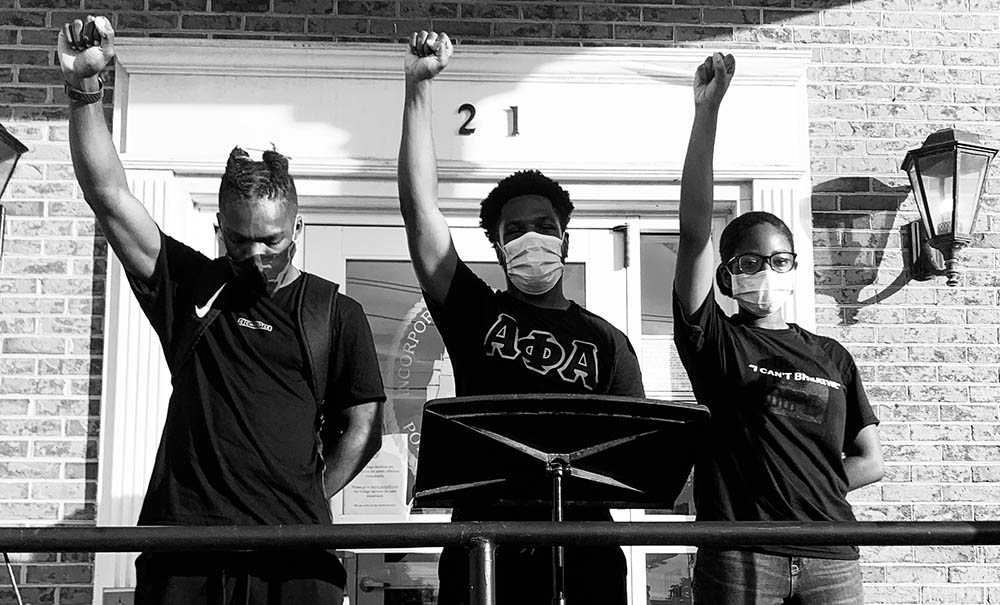 The murder of George Floyd in May at the hands of a Minneapolis police officer sparked an outcry from tens of thousands of protesters taking to the streets in June proclaiming “Black Lives Matter.” This took place in the midst of a global pandemic that has disproportionately impacted communities of color and poor communities.
Joe Vitriol, a senior researcher in the Department of Political Science, said that the roots of these protests and the underlying prejudices and inequities are both deep-seated and long-standing.
“Institutions and social systems are composed of individuals that live in and have been socialized in a particular context with long-standing historical and contemporary forms of prejudice, discrimination and inequality,” said Vitriol. “This history has left its mark on our psychology and in our social arrangements and distribution of power.”
However, Vitriol said this behavior is malleable.
“People can and do learn how to control it,” he added, “but this requires a sincere commitment to change. These are not just hostile and overt expressions of discrimination; we’re also talking about features of human psychology that can arise when one is reared or socialized in a context where systemic inequality discrimination and prejudice is common.”

Illustrating this point, Franck Joseph II ’12, who currently serves as deputy commissioner of the New York City Commission on Human Rights, an agency dedicated to the enforcement of human rights laws, cited the recent example of a white woman in New York’s Central Park who threatened to call the cops and said, “I’m going to tell them an African-American man is harassing me,” after the man asked her to leash her dog, which was required in the park.
“That could potentially be classified as discriminatory harassment,” explained Joseph. “Here’s a person weaponizing another person’s identity against them, and doing it in a threatening and intimidating fashion.”
While much of the discussion focused on law enforcement, all speakers agreed that the indiscretions seen in that area are illustrative of much more far-reaching societal problems. 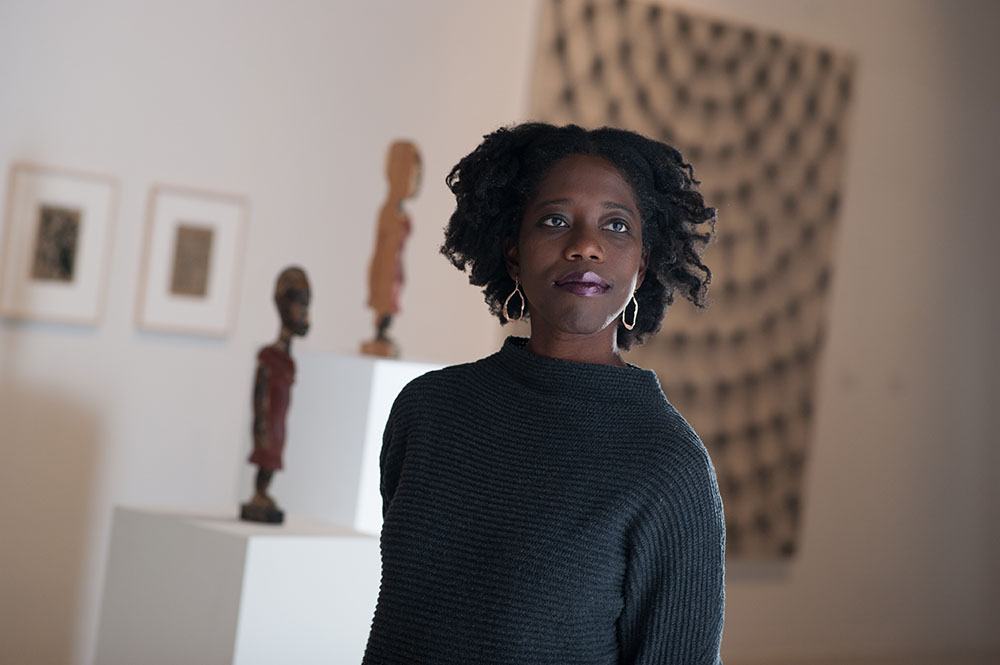 “The cry ‘Black Lives Matter’ is not only about the police as an isolated institution, it’s about systemic racism and the way it is reproduced, protected and furthered in our society,” said Abena Asare, an associate professor in the Department of Africana Studies. “This country has historically valued property and wealth and the need to acquire and defend them more highly than it has valued the lives and the bodies of many of us within its borders, specifically, Black, brown and indigenous folks. ‘Black Lives Matter’ in 2020 is an invitation to do the necessary work to reimagine and pursue a future that is not forever trapped within our violent racialized history.”
Asare noted that Americans are increasingly willing to consider that pouring money into what she called a “police state” does not make us safer, but instead makes the country more unequal and more deadly for Black, brown and poor people around the country.
One of the keys to facilitating these critical changes, according to Warren K. Graham, a clinical assistant professor and director of Field Education at Stony Brook’s School of Social Welfare, is getting a “seat at the decision-making table.” 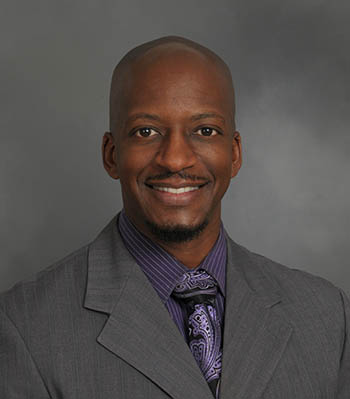 “In my prepared remarks I created this impassioned plea for change based on critical pedagogy and discourse on racial relations supported by empirical articles,” said Graham. “What I was left with was an intellectual response to an emotional problem. How do we balance the level of emotion and need for advocacy in order to be effective? The answer is that we need to temper one with the other to be sitting at the table and making decisions to advocate for change.”
All of the panelists agreed that the meaningful and necessary change that is needed will not come easily.
“Anytime there is an action by Black protesters, there is backlash that comes with it,” said Asare. “These people are just ‘looting’ or ‘acting wildly.’ This is a sort of discourse that we’ve heard for generations. It’s a cyclical conversation that we are trapped in, generation after generation.”
However, Asare said she is excited and encouraged by the differences she sees in today’s protests.
“There are now thinkers who are not allowing their discussions and visions to be trapped in trying to answer the same old questions that are asked whenever Black folk or other folk try to work to freedom in this country,” she said. “There are groups of organizers and activists now who are talking about trying to defund the police and consider other progressive visions of public safety.”
Said Vitriol, “We’re not just talking about hostile and overt expressions of discrimination, we’re talking about normal features of human psychology that can arise when one is reared or socialized in a context where systemic inequality discrimination and prejudice is common.” He added, “Implicit bias reminds us that inequalities is possible as long as the people who benefit from existing social systems are unable or unwilling to challenge the status quo, and the institutions or ideologies that help maintain inequality are unable or unwilling to take responsibility to help ensure more ethical and fair world. Bias is not destiny.”
Asare echoed the sentiment.
“These institutions have been created in this particular way for a reason,” she said. “These are not organic or somehow natural systems. Racism is not something that just emerged up from the soil naturally. This is a system which has been created over the course of hundreds of years through specific practices of laws and through a range of institutions which have to do with housing, with who has the right to marry whom, who has the right to inherit property, and much more. All these things have left us where we are today, and these systems have been created this way because they specifically benefit some people.” 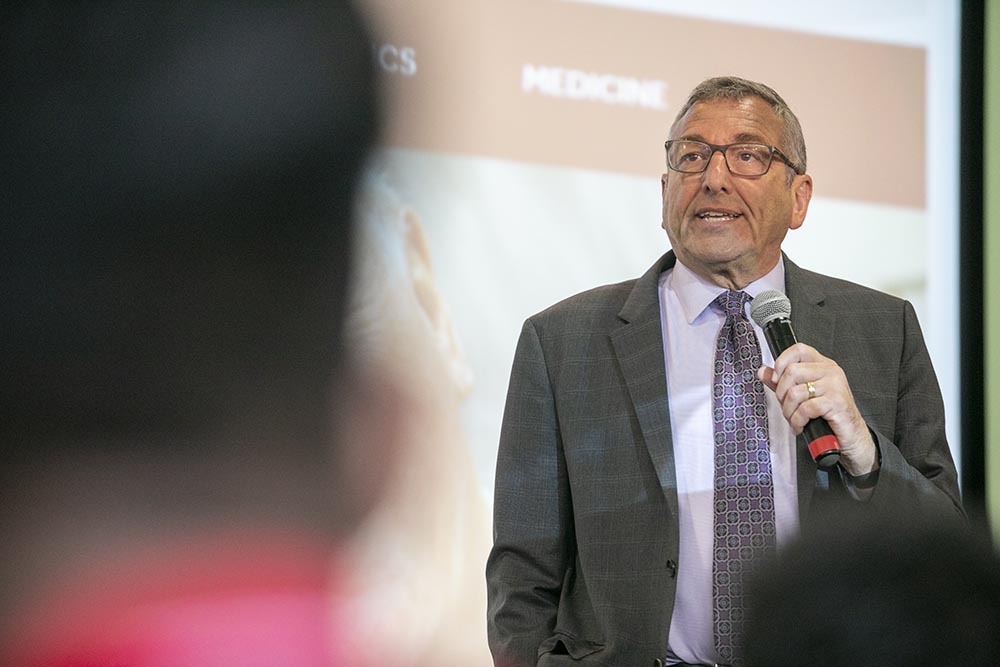 Charles Robbins is pictured at an EOP/AIM event in 2019.

Joseph said that while he’s pleased the discourse is taking place, much more needs to be done to effect long-lasting change.
“I’m glad that Stony Brook University is doing something like this, and it’s an honor to contribute to the conversation,” he said. “While this performance activism and symbolism is great, we want to see legislative action. We want to see reparative action. It’s important that we lend our voices to those conversations as well. We need to attack the way that this has manifested itself, not just by looking at police, which everyone is talking about right now, but by looking at other systems that we need to invest in. Dr. Martin Luther King said that the arc of the universe bends toward justice. We can’t have an arc that bends toward justice if we the people refuse to have the courage to bend with justice. I think now there is a bending taking place, and a shift will happen. We need to persevere.”
“Today we begin what we hope is a continuing dialog about systemic racial disparities present in our country,” said Nicole Sampson, dean of the College of Arts and Sciences. “We’re committed to educating our students, faculty, staff and alumni so they may better understand the interconnectedness of our political and social systems, and, how to take constructive actions as responsible citizens of the world to lead change in our society, on and off campus.”
The online lecture, which had nearly 600 attendees, was presented by the Center for Changing Systems of Power (CCSP), the College of Arts and Sciences and the Alumni Association. The series of virtual “town hall” webinars for social justice will continue through the summer.
— Robert Emproto