A team of researchers co-led by SUNY Distinguished Professor Michael Frohman, MD, PhD, of Stony Brook University, has identified an important cause of congenital heart disease. They discovered that certain loss of functions in the PLD1 (Phospholipase D1) gene causes congenital right-sided cardiac valve defects and neonatal cardiomyopathy. Their findings are detailed in a paper published early online in the Journal of Clinical Investigation. 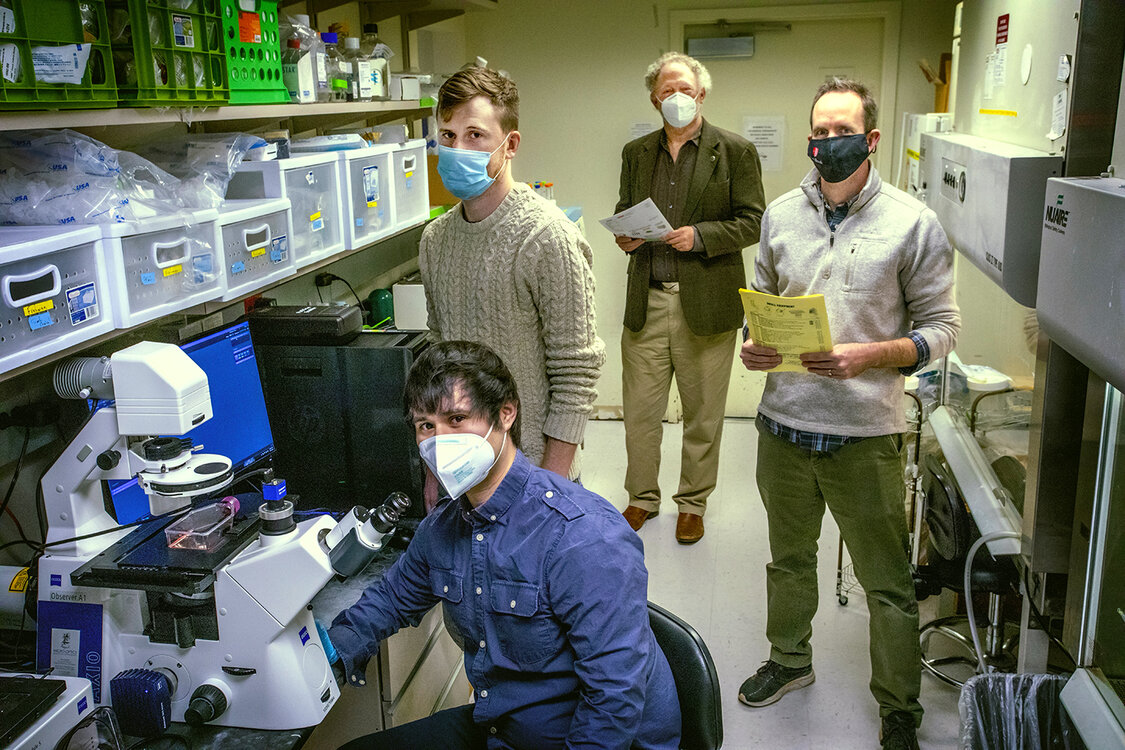 More than 25 years ago, Dr. Frohman’s lab cloned the PLD1 gene and has since studied its physiological role, as well as the potential for developing drugs that inhibit PLD1 activity to treat thrombotic disorders and cancer. Their current research reveals that loss of PLD1 function in a recessive manner results in congenital heart defects.

“PLD1 is an enzyme that cleaves a specific lipid found in all cells to generate a signal that changes how cells behave when they are stimulated by hormones, neurotransmitters and growth factors. Many research groups have been working over the past quarter century to define how PLD1 helps cells communicate with each other,” says Dr. Frohman, co-senior author on the paper and chair of the Department of Pharmacological Sciences in the Renaissance School of Medicine.

The research on PLD1 and mutations related to congenital heart disease included 56 investigators worldwide, with the lead author being Najim Lahrouchi, MD, a physician-scientist at the University of Amsterdam; and his mentor, Connie Bezzina, PhD, who co-led the study with Dr. Frohman.

The team used whole-exome sequencing in 2,718 congenital heart disease cases and other approaches to identify 30 patients from 21 unrelated families of different ancestries with altered PLD1 genes on both chromosomes who presented predominantly with congenital cardiac valve defects. The investigation also demonstrated that PLD1 inhibition decreases endothelial mesenchymal transition, an established pivotal early step in embryonic development of the valves at around the seventh week of pregnancy.

One of the mutations found in PLD1 is at a high enough rate (2 percent) in Ashkenazi Jews that the mutation may likely be incorporated into prenatal genetic testing.

At Stony Brook, a graduate student in the Frohman lab, Christian Salazar, assayed the mutant PLD1 proteins for function and found that almost all of them had lost biochemical activity due to the mutations. Forrest Bowling, a graduate student in the Airola lab in the Department of Biochemistry and Cell Biology, identified the location of the mutations on the three-dimensional structure of PLD1. The structure, determined by Bowling and Airola in collaboration with Dr. Frohman and Salazar, was published in Nature Chemical Biology. The placement on the protein structure provided detailed insight into why the mutations caused the PLD1 enzyme to become non-functional.

Overall, the study provides an increased understanding of disease mechanisms and phenotypic expression associated with PLD1 loss of function, in particular in regard to congenital heart disease. Dr. Frohman says that future studies will focus on improving the understanding of the role of PLD1 in the development of cardiac valves and on the continued development of clinical resources for families with or at risk of having affected children.