“Everybody in New York has a story,” said Elyse Graham, associate professor in Stony Brook’s English Department, adding wryly that “every story has an element that contradicts someone else’s story.”
Thus Graham’s new book, You Talkin’ To Me?: The Unruly History of New York English (Oxford 2020), seeks to make sense not only of the New York accent, but also of the extraordinarily diverse population that speaks it. 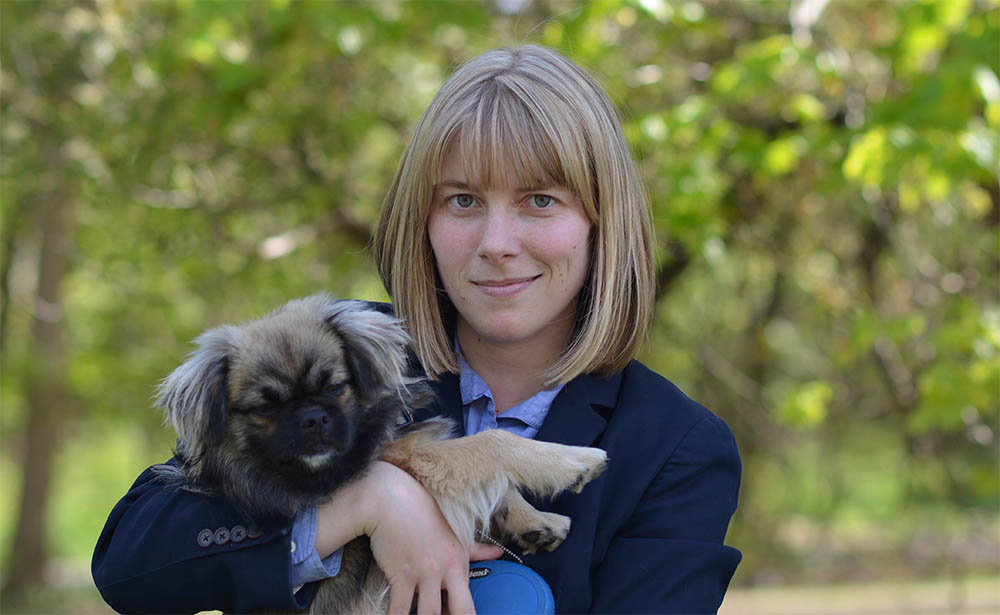 Graham said that the original idea for her most recent book came partly from a mandatory course she teaches on the history of the English language.
“New York City language is very attractive to a lot of people who move here,” said the West Coast transplant. “It’s aggressive, sly, profane, entertaining. Speaking in sociolinguistic terms, New Yorkers are more argumentative, more talkative, and more eager to start conversations, than people from most other American cities. In other words, ‘talking New York’ is making room for conversation. If you love language, who wouldn’t be charmed by that?”
Graham, who writes under the pen name “E.J. White,” has lived in the New York area since starting at Stony Brook in 2014, becoming quickly enamored of what she describes as “interesting people, brilliant activity in the arts, and a rich culture and history.”
Her relationship with New York, however, began with a shock when she landed in Newark International Airport on her way to begin her freshman year at nearby Princeton. As she exited the plane, she experienced her first taste of “Brooklynese.”
“I’m embarrassed to admit this, but I didn’t know New York accents were real, I thought they were made up for television,” she said. “In my defense, everybody on television who uses a New York accent is playing an old-fashioned henchman who says things like, ‘Sure, boss, I can get ’em for ya. But it’ll cost ya.’ I thought the accent was as fake as the fictional characters who were made to speak it.”
Years later, Graham has — thankfully — yet to meet any henchmen, but has experienced all kinds of distinctive New York City accents across the ages, from old recordings of sounds now extinct to living accents that are differentiated along lines as broad as gender, or as fine as which social clique you belonged to in high school. These are just a few of the linguistic roads she travels in You Talkin’ to Me? 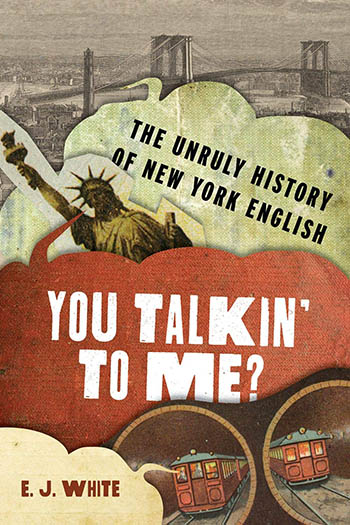 She said there is a lot of hidden information in the way we speak. And if you’re a fan of slang — its “chewiness, its rudeness, the way it can preserve ghosts from times long past” — much of the most characteristic American slang got started in New York City, along with everyday English words like boss, dollar, tycoon, bestseller and rush hour.
Graham’s interest in language was ignited by linguistics classes she took as an undergrad.
“I was confused by the textbook’s description of the West Coast accent, because, of course, I didn’t think I had an accent,” she said. “Nobody thinks they have an accent. They think everyone else has an accent.”
Graham further explores the ways local language has been spread and introduced to wider audiences over the decades.
“The old-fashioned, sort of British accent that actors use in black-and-white films, which we often call the ‘Mid-Atlantic’ accent, can also be understood as an upper-class New York City accent,” said Graham. “These films show the way that American children back then learned to speak in schools — namely, with a gloss of British sounds over top of the sounds that belonged to their own city or region.”
During World War II, radio — and specifically the broadcasts of Edward R. Murrow — helped to make the Midwestern accent the standard accent of the United States.
“This shift wouldn’t have happened without the second factor of a world war, or the third factor of changes that had been happening for decades in elite higher education,” she said.
And Graham said that while technology is changing faster than ever, New York City English today is changing unusually slowly: “New Yorkers like New York; they want to hold onto the city’s mythology, which the accent represents.”
Graham describes the most famous feature of New York City English as the absence of what linguists call a postvocalic /r/ — not pronouncing the sound /r/ if it comes right after a vowel.
“The Boston accent has the same feature — which is captured in the famous phrase, “Pahk the cah in Hahvahd Yahd” — for historical reasons that I discuss in the book,” she said. “Nobody says ‘Toidy-toid and toid’ anymore, although that’s a common phrase to use when you’re doing an impression of a New York accent. That set of sounds, or something like them, actually used to belong to upper-class New York City speech. You can hear Theodore Roosevelt on old wax cylinder recordings talking about ‘souls that boined with the fire of lofty endevah.’”
Graham takes particular interest in the way that works of art play with the elements of language.
“The songs of Tin Pan Alley used to be the heart of the music industry in the United States,” she said. “The lyrics that those great songwriters wrote are just marvelous — they take colloquial idioms that they heard on the street or read in the newspapers and fold them into entirely new creations.”
To Graham, what’s more interesting than accents as such is all the other things people do with language: how they express politeness, how they keep conversations flowing smoothly, how quickly they talk, how much they swear.
“New Yorkers swear a lot, and some of their forms of politeness, like talking over each other and interrupting each other, are considered to be the opposite of politeness elsewhere,” she said. “There are two ways to be polite: to embrace people or to give people space. New Yorkers like to embrace people, and cooperative overlaps in conversation are one of the ways they do it.”

Graham admits to that characteristic having subconsciously entered her own vocabulary.
“I swear more often when I’m talking to my parents on the phone, and I interrupt them more often,” she says. “But I’m sure I sound rather sedate to my New York friends.”
Graham cited her colleagues in the Department of Linguistics for helping expand her horizons and encourage her development.
“I had the tremendous honor and privilege to be mentored by Mark Aronoff and Susan Brennan, amazing scholars who took me under their wing,” she said. “I learned a lot from them while I was developing Stony Brook’s course on the history of the English language, which I teach almost every semester.”
Graham’s first book, The Republic of Games: Textual Culture Between Old Books and New Media, published in 2018, explored the influence of gamification on modern writing. Her third book, A Unified Theory of Cats on the Internet, which delves into the relationship between cats and the internet, will also be released in July 2020. She is currently working on books about Silicon Valley and refugee mathematicians during World War II.
— Robert Emproto