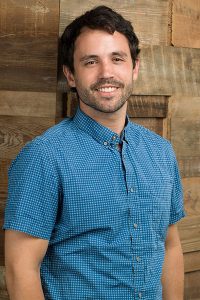 Two students from Stony Brook’s MFA in Television Writing program have won coveted Television Academy Foundation Writing Fellowships. Mallory Baysek, a first-year student, won in the Drama category with her Good Fight spec, A Clusterf*ck of Karens, which explores themes of racism, privilege and cancel culture.
Galen Foote, currently in his second year, won for Comedy with his Big Mouth spec, Big Boys, an adventure into the ramifications of becoming a big boy, both figuratively and literally.
“Winning one highly competitive fellowship is a big achievement for any program, but for our new MFA in Television Writing to bring home two in one year speaks to the enormous talent of our students and the effectiveness of our curriculum and faculty,” said Alan Kingsberg, director of Stony Brook’s MFA in Television Writing. Christine Vachon, artistic director for Film and TV, added that “our TV Writing curriculum is now one of the most extensive in the world.”
The Television Academy Foundation Writing Fellowships include one-on-one mentoring by industry professionals, high-level training seminars, and networking opportunities with Hollywood writers, agents, and producers. Host companies include ABC/Disney, CBS/Nickelodeon, Hulu, NBC/Universal and HBO. 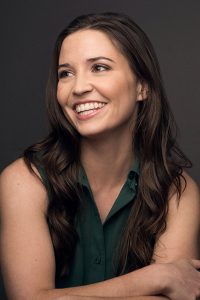 Mallory Baysek is a New York City based writer and actor and a graduate of Yale University. Prior to graduate school, she collaborated in the development and performance of numerous new plays and musicals in New York City and on national tours.
She likes Bob Dylan, women’s soccer, and telling stories that probe the complexities of intersectional identity. You can find her on the Upper West Side of Manhattan, where she lives with her girlfriend and their two cats, Sirius Black and Remus Lupin.
Hailing originally from Washington, DC, Galen Foote spent several years writing scripts, sketches, and commercials before deciding to take his writing to the next level with an MFA in Television Writing at Stony Brook. Currently a second-year student, he’s focused on building a portfolio of scripts that will help him reach his goal of becoming a TV series staff writer.
Galen also works full time at a tech company managing partnerships with national brands. He recently became dog dad to a rescue pup named Louise and sometimes manages to carve out time for his nascent passion for surfing.
Established in 1959, the Television Academy Foundation is the charitable arm of the Television Academy.