Alumna Reflects on University’s Impact on Her Life, From Pursuing her Passion to Life-Saving Surgery 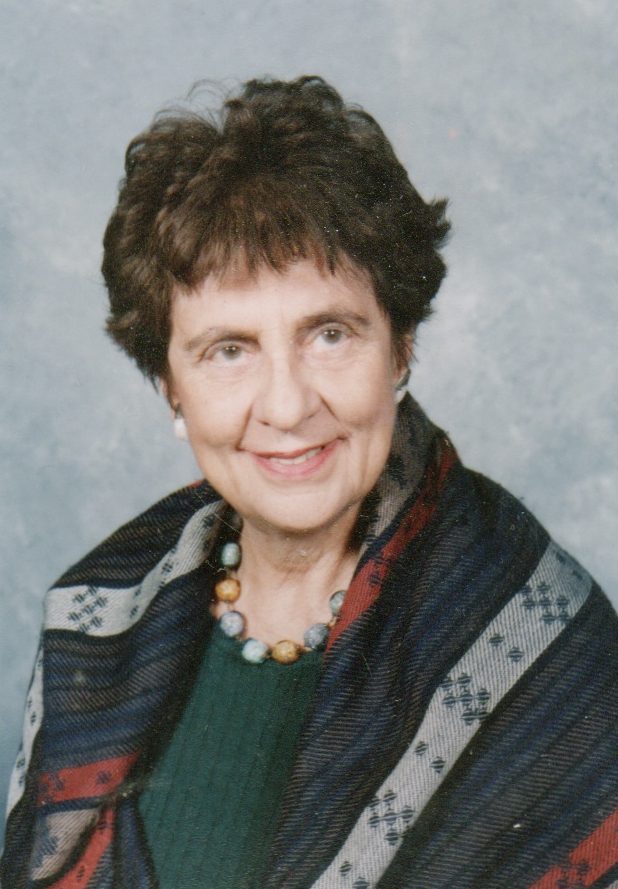 To say the early years of Barbara Lipman-Wulf, MA ’72, PhD ’79, were challenging is an understatement. Growing up in Germany during World War II, Barbara encountered many obstacles — from enduring upheavals in Nazi-controlled Berlin, to being evicted from her home by the Communist regime after the war and losing her mother at a young age.
As a child and adolescent, Barbara’s true interests were music, art and literature — yet these were all considered pursuits of the privileged class. Circumstances compelled her to attend nursing school, a promise she had made to her mother on her deathbed. Away from the tumult of East Germany, Barbara built a successful career as a nurse in West Germany and, later, in Sweden.
While in Sweden, Barbara met famed artist and sculptor Peter Lipman-Wulf — and her life took a turn that led her to New York, marriage and a PhD from the Department of German and Slavic Language at Stony Brook University.
We reached out to Barbara around her 90th birthday to talk about the incredible life she’s lived, her experiences at Stony Brook, and why she recently decided to make a generous gift to Stony Brook Medicine’s regenerative medicine program.
You left Germany as a young adult during a very turbulent time in history. Can you tell us about that experience?
I was born in Berlin in 1931, during the Nazi era. Since my father’s mother was Jewish, he fled Germany for Sweden when I was seven. Soon after, my parents divorced and my mother, my half-brother Hannes and I moved to Potsdam, where we lived out the war and experienced the Russian invasion and occupation.
My first two school years following the war were pretty uneventful, but by 1947 the Communists had forced their politics upon the Germans. Overnight, former Nazis became Communists to keep their jobs and high school children joined the Communist youth group to pursue higher education. Having refused the offer to join them, I was expelled from school like a number of my classmates. 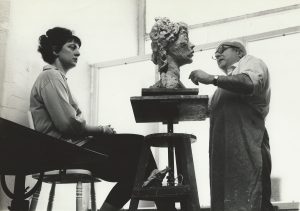 At that time, we also were evicted from our home. With the help of our Communist mayor, who was a childhood friend of my mother’s, we were placed in Kleines Schloss (the “small castle”), a home for refugees in Babelsberg Park. The mayor became our anonymous protector, allowing me to finish my high school degree in West Berlin and stay with my mother until her death from polycystic kidney disease. His assistance was truly miraculous, as we were in fact living in quite dangerous circumstances.
After my mother’s death, I had help fleeing to Hamburg, where my uncle, who had become my guardian, enrolled me in nursing school. I lived and worked in Hamburg for several years, until I decided to visit my father in Sweden and found myself settling there. I first worked as a mother’s helper to learn Swedish, and then as a nurse at Karolinska University Hospital.
Soon after meeting Peter Lipman-Wulf through a mutual friend, I followed Peter to New York, where we were married.
What compelled you to seek your PhD at Stony Brook?
Though I do not regret my time as a nurse, my passion had always been music, art and literature. After I was granted United States citizenship, I enrolled at Adelphi University, where my husband was a professor. I earned my BA in fine arts and German literature and, encouraged by my husband, decided to continue with graduate studies. I was drawn to Stony Brook by friends who were involved in the musical and philosophical worlds that were so important to me. 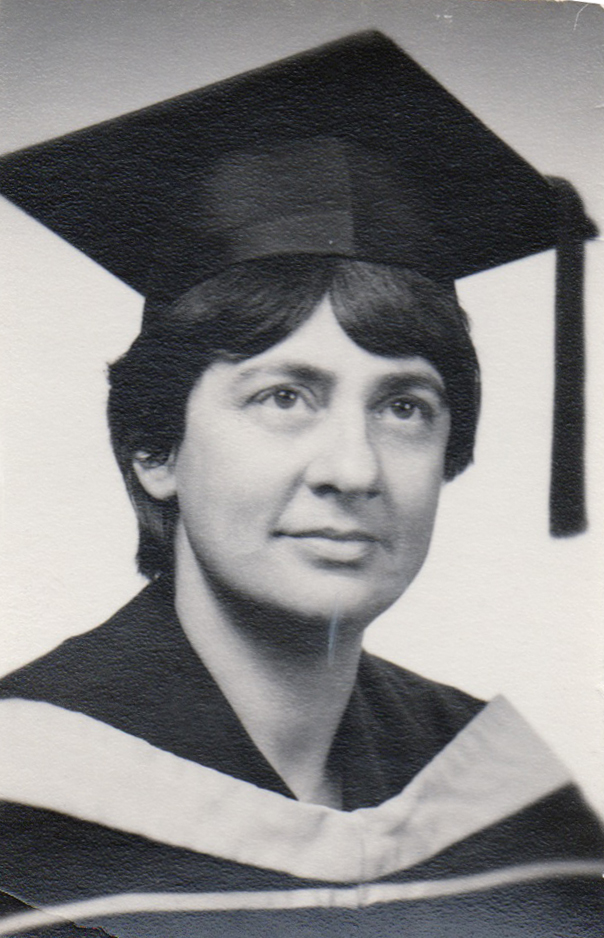 Barbara’s graduation photo upon receiving her PhD from Stony Brook

I was fortunate to meet Johannes Hardrop, an esteemed guest professor of astronomy at Stony Brook, through a mutual friend who was a vocalist and shared a love of music with Johannes and me. In his free time, Johannes also conducted weekly study sessions exploring the teachings of philosopher Rudolf Steiner, many of which I attended. As my friendship with Johannes and his wife Inge grew, and I learned more about the University through them, I decided to attend Stony Brook.
While at Stony Brook, I studied under two highly regarded professors: German scholar Dr. Klaus Schroeter and Swedish professor Dr. Leif Sjöberg. Not wanting to lose my understanding of the Swedish language, I applied and luckily was offered to teach beginning Swedish as Dr. Sjöberg’s teaching assistant. After I earned my master’s in German and Slavic languages, I was allowed to teach advanced Swedish classes during Professor Sjöberg’s leave of absence.
After a couple of years of further studies and teaching, I earned a PhD in comparative literature from Stony Brook.
Would you share some of your memories from your time here at Stony Brook?
Everything at Stony Brook’s Department of Germanic and Slavic Languages was a memorable experience. Being an “older” student with a past career definitely brought with it a more mature appreciation of the academic demands than a young student could usually muster. I eagerly and joyfully absorbed the teaching experiences, deepening my skills, working as a translator to earn extra money, including for Readers Digest and some other technical publications.

I also loved becoming reacquainted with Russian studies years after spending my childhood under the Russian occupation, and took advantage of the many wonderful seminars and upper level classes offered.

My graduate studies were interrupted by the death of a dear friend, Swedish writer and journalist Eugenie Söderberg Perls. Her husband, who did not know Swedish and was unaware of her literary importance, was ready to discard all of her papers. Wanting to help preserve her writings and her legacy, I approached Special Collections at Stony Brook and established the Eugenie Söderberg-Perls Manuscript Collection, a massive undertaking which took a year to complete.
In 2019, you made a generous gift to support Stony Brook’s research in regenerative medicine. Why regenerative medicine and why at Stony Brook?
Due to the prevalence of polycystic kidney disease in my mother’s family, I was advised not to have a child, nor did I expect to, especially given my marriage to a much older man who was already a father. Nevertheless, I did conceive, and I’m blessed to have my daughter in my life. 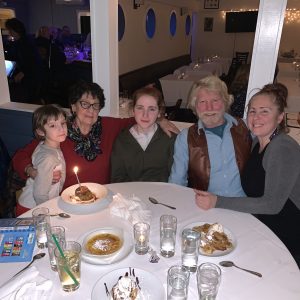 Barbara (second from left) celebrates her 90th birthday with her family

I also was blessed to be the lucky recipient of a kidney transplant 20 years ago at the Stony Brook Transplant Clinic. Considering my health history and my mother’s death from kidney disease, I became very interested in research focused on developing artificial kidneys for future transplant possibilities.
I have very much enjoyed speaking with Stony Brook’s Dr. Sandeep Mallipattu, DCI-Martin Liebowitz Endowed Professor of Nephrology, who has further enlightened me about his fascinating work in this area. I am glad that I was able to contribute somewhat to such a grand endeavor.
Although I may not see the end result of the research, as it is still very much in progress, I am thrilled and excited about such an amazing possibility to benefit innumerous patients around the world.
How do you feel your experiences with Stony Brook have impacted your life?
Coming to America opened up opportunities to engage in what I love: literature, music and art. My early years at Adelphi College gave me the first push into the academic world I had craved so badly. Achieving advanced degrees from Stony Brook became the icing on the cake, so to speak.
Aside from my most cherished intellectually gratifying period in academia, I also give thanks to Stony Brook University Hospital for its multiple life-saving interventions, beginning with my 2001 kidney transplant and followed by several critical surgeries and rounds of care, without which I surely would have perished. I will be forever grateful to the people most responsible and caring to this day: Dr. Wayne Waltzer, Dr. Frank Darras and Florence Christie, a most skilled and appreciated nurse practitioner who warmly assisted us all.

Having been involved with so many positive experiences throughout my life, Stony Brook became very dear to me. In many aspects, it’s become something of a second home.