“Baseball is big business, but if you start making it a mathematical equation, the sport is going to lose a lot of people.”
So says sports agent and Stony Brook grad Burton Rocks ’94, adding, “it’s the people, the charisma, the connection: Those are the things we enjoy as fans.” 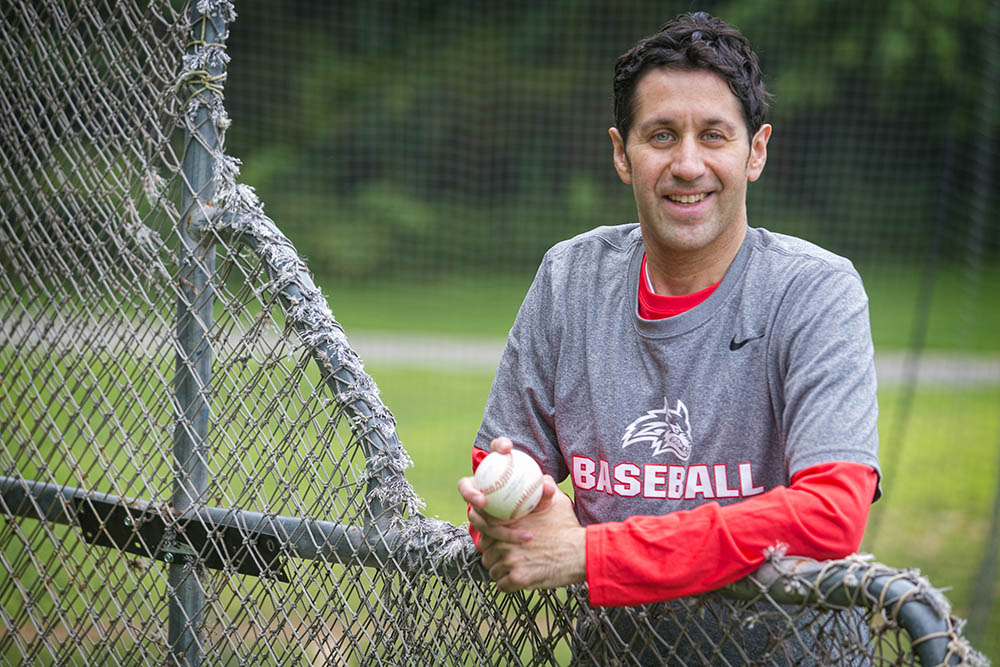 The challenge today, says Rocks, is recognizing the value of intangibles in an age that is focused on – if not obsessed with – modern numbers and analytics ranging from the “exit velocities” and “launch angles” we hear about on baseball broadcasts to the number of daily steps our Fitbits tell us we’re taking, and everything in between.
The potential repercussions of ignoring these intangibles can be devastating to a franchise. Already this offseason there have been three contracts worth between $50 and $140 million, and a pair of major stars are expected to sign contracts worth in the neighborhood of $300 million each.
And that “character challenge” exists not only in baseball and other sports, but also in corporate America, politics, and virtually every other aspect of modern life. Unfortunately, all those worlds bear the collateral damage – financial and otherwise – of those guided by a wide and well-documented range of character shortcomings.
“There is an obsession with winning today that leaves no room for failure,” says Rocks. “That will be the Achilles Heel of this generation. Success doesn’t breed success; adversity breeds success. Show me how creative you are in the face of adversity.”
Adversity is something the 46-year-old Rocks knows about more than most. Afflicted with severe childhood asthma, he suffered three Code Blues before he turned five and spend much of his elementary school years in hospitals, one of which was Stony Brook.
“My childhood experience and the time I spent in hospitals as a kid has helped me not only understand a lot of the roadblocks in life, but overcome them,” he said.
Rocks inherited both a thirst for information and a love of sports from his father, renowned chemist and author Dr. Lawrence Rocks, who, in his later career focused his research on sports chemistry, particularly the shock wave effect causing concussions in MLB catchers and NFL players, tendon and ligament chemistry, and the effect of temperature on baseballs.
Armed with that unique perspective and pedigree, Rocks positioned himself squarely “out of the box” and set about creating an analytic method to predict what many would consider the “unpredictable”:  human behavior. The result was an algorithm he created and subsequently trademarked called the Quantified Intangible Sheet(QI Sheet)®. 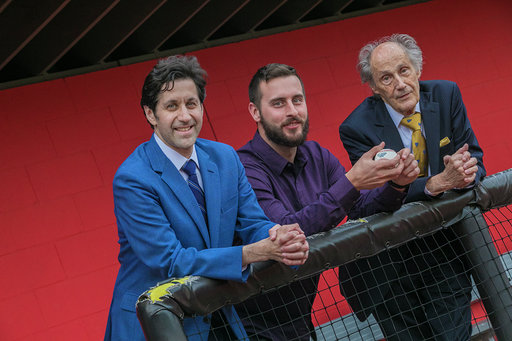 “I look for a demonstrated ability to overcome adversity and the ability to succeed after you’ve failed,” said Rocks. Most telling perhaps is the critical third point of this triangle: the willingness to sacrifice some personal success in order to achieve the “greater good.” A perfect example of this point is illustrated in a classic and traditional play that has largely become lost on the modern baseball field:  the sacrifice bunt.
“If you’re playing a computer game the sacrifice bunt is almost meaningless,” says Rocks. “But in real baseball it can help you build a run and win a game. Baseball is not a game of individual achievement, it’s a team sport. There’s value in moving the greater good forward that doesn’t always come through in the statistics we obsess over.”
At the end of the day, the metric isn’t about identifying successes, it’s about quantifying the lessons learned along the way, and how those lessons might manifest themselves in the future. Last season Rocks put his needle-moving algorithm to the test – a test it passed with remarkable results.
St. Louis Cardinals shortstop Paul DeJong, a Rocks client, leveraged a strong personality profile along with a season that earned him consideration for the Rookie-of-the-Year Award (he was runner-up) to ink a record $26 million, 6-year contract extension — unprecedented for a player with less than one year of major league service.
“It means a lot to secure long-term financial stability,” said DeJong, citing his commitment to the Cardinals’ organization. It’s a mutually beneficial pairing that Rocks helped ensure for the next six years.
Rocks’ proprietary metric evaluates and projects a range of a player’s “off-the-field” traits – traits that can help project valuable leadership skills in the clubhouse, and underpin a positive public perception outside the clubhouse. “If fans are connected to their team, they’ll invest in it regardless of the wins and losses,” says Rocks.
Has the Age of Agents arrived? The New York Mets are one organization that thinks so, recently hiring agent Brodie Van Wagenen to be their new general manager, the first team in the major sports to do so. The Topps Company, best known for their sports trading cards, concurs; Rocks was recently chosen to be one of the first agents featured on a card as part of their Allen & Ginter series.
“Burton Rocks is very interesting person – but when I saw his interview on CBS New York, I thought there was something pretty cool and very genuine about his take on baseball prospecting/talent evaluation,” said Patrick O’Sullivan, associate brand manager at Topps. “He certainly has a unique perspective on players and we thought he was someone baseball fans would be interested in learning more about.”
Rocks credits his experience in the Stony Brook Honors College, where his writing talents began to take root, as an important stepping stone to his future success. His thesis project examined the effects of weight training on professional baseball players, which helped open the door to the world in which he has spent most of the past two decades.
Rocks founded CL Rocks Corporation in 2008, and now boasts a client roster that includes several NFL and MLB prospects, coaches and players. Before fully committing to becoming a sports agent, Rocks co-authored eight books, including The New York Times bestseller Me and My Dad: A Baseball Memoir, which he co-wrote with retired New York Yankees player and current broadcaster Paul O’Neill. He also co-wrote the memoirs of baseball Hall-of-Famer Bob Feller and venerable actor Jack Klugman.
“The Honors College was a catalyst for my writing career,” said Rocks. “Stony Brook was the perfect fit for me, paving the way for the things I would do later on.”