School of Communication and Journalism Awards Record Number of Scholarships

A record-setting 15 students this spring received scholarships from Stony Brook’s School of Communication and Journalism (SoCJ). 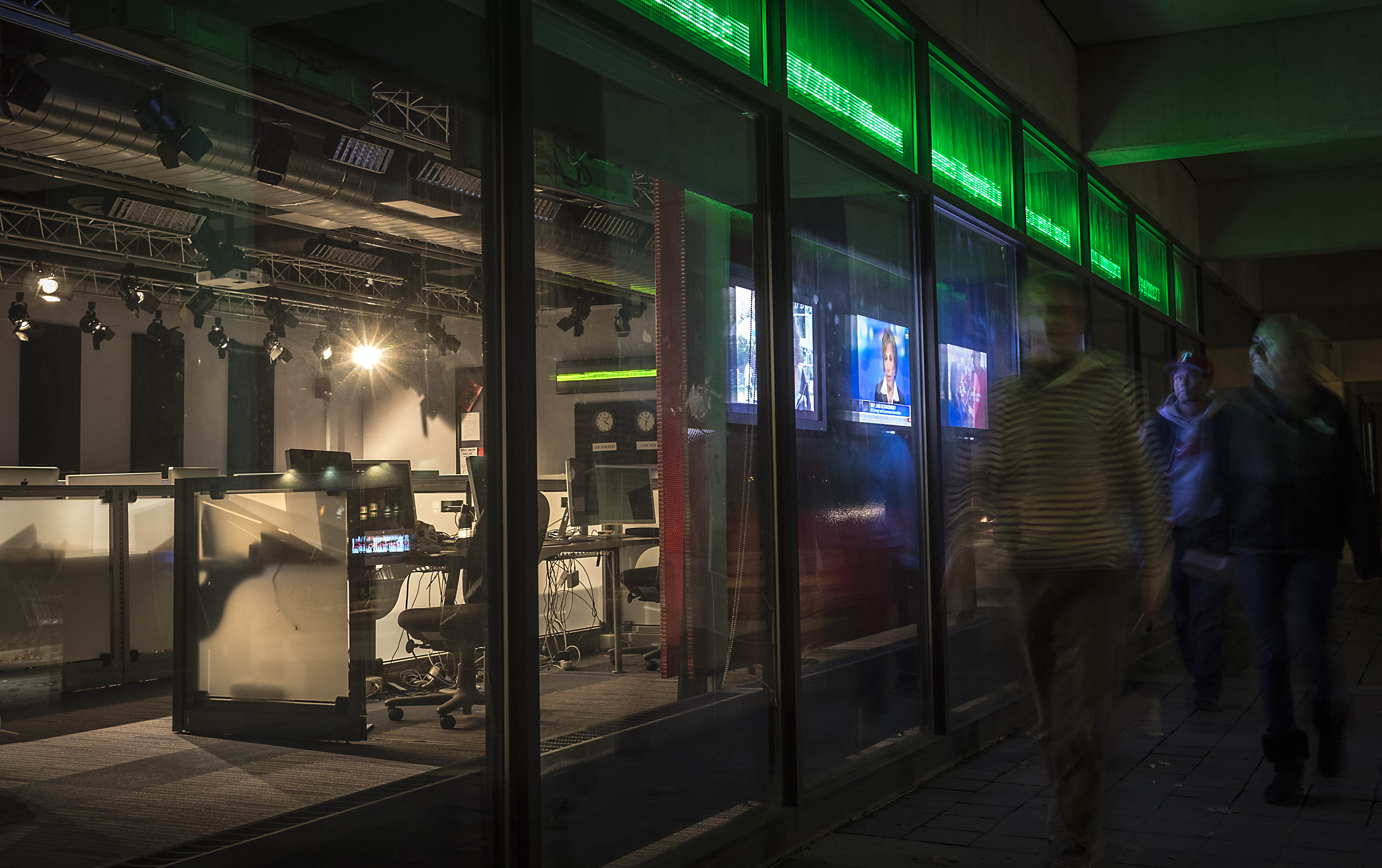 The scholarships, all funded by private support, recognize students for their academic and professional achievements during their careers at Stony Brook. Cumulatively, the School awarded $26,000 to its students.
“We are proud of your work and delighted that so many of you applied for and won these scholarships,” said Dean Laura Lindenfeld. “We see, recognize and honor the hard work, effort and dedication you’ve put into your studies here in the SoCJ and in all of your Stony Brook courses.”
Kiara Thomas, a senior from Addisleigh Park, received the Robert and Rhoda Amon Memorial Scholarship. The scholarship recognizes a junior or senior for their commitment to journalism, writing skills and financial need. Robert and Rhoda Amon were journalists from Port Washington who worked as a press aide for the New York City mayor’s office and Newsday, respectively.
Sarah Tantawy, a senior from Woodside, received the Catherine M. Ayscue Endowed Memorial Scholarship, which is designed to assist a student who demonstrates financial need. Ayscue was a Stony Brook student who was deeply involved in campus media and the arts.
Two students – Cindy Mizaku, a senior from Glendale, and Sabrina Liguori, a senior from Essex Junction, Vermont –  received the Harvey Aronson and Irene Virag Scholarship for Narrative Journalism. Aronson and Virag are beloved journalism professors at the School. In addition to her teaching responsibilities, Virag also serves as the associate dean and undergraduate program director.
James Bowen, a senior from Ossining, received the Carol Chernow Memorial Scholarship, which supports young writers interested in pursuing careers in journalism. Chernow, mother of former SBU Senior Vice President Chernow, was a teacher from Brooklyn with a lifelong passion for literature, writing and teaching effective communication.
Fatma Rabia Gursoy, a senior from Turkey, received the Daniel Conway Memorial Scholarship. The scholarship was established to support a student with an interest in broadcast or audio journalism. Conway was not a reporter, but a talented storyteller who could put others at ease through humor and warmth.
Melanie Formosa, a sophomore from East Northport,  and Anthony Leon, a junior from Hollis, received the Matthew T. Crosson Memorial Scholarship, which supports students interested in public affairs and using journalism to advance public discourse. Crosson served as a journalist and as the president of the Long Island Association.
Brown also received the Martin Buskin Award for Campus Journalism, which honors a student for outstanding work in campus media and impact on the Stony Brook community. Buskin taught some of the first journalism courses at Stony Brook and served as Newsday’s education editor.
Maria Lynders, a sophomore from Guilford, Connecticut, received the George L. DeWan Memorial Scholarship, which recognizes a student for critical thinking skills, narrative writing ability and a commitment to social justice. DeWan covered poverty, minority affairs, history and several other beats for Newsday.
Two students received the Herman Klurfeld Memorial Scholarship: Sara Ruberg, a junior from Cincinnati, Ohio, and Lilly Parnell, a junior from Tarpon Springs, Florida. The scholarship is given to students who demonstrate great potential as professional journalists, and was established in honor of Herman Klurfeld, who worked as the chief writer for Walter Winchell, a nationally syndicated columnist in the 1930s and 1940s.
Maya Brown, a junior from Freeport, received the Marcy McGinnis Scholarship for Broadcast Journalism, awarded annually to a student who excels in broadcast journalism and academics, and demonstrates exceptional talent and promis. McGinnis is a former CBS reporter and the School’s former associate dean.
Ryan Magill, a junior from Center Moriches, received the Paul A. Schreiber Scholarship, which recognizes excellent reporting skills and leadership. Schrieber is a former reporter and faculty member at the School of Communication and Journalism. In his time at Stony Brook, he helped to found the School and the Center for News Literacy and served as its undergraduate program director.
The Alumni Association Dean’s Choice Award went to Brianne Ledda, a senior from Miller Place. The award recognizes a highly accomplished and exceptional graduating senior.
“Scholarships allow our students to focus more on their education and less on earning money to pay for it, and scholarships help students complete their education on time with lower debt,” said Gail McCulloch, the SoCJ development director. “It is a gift that delivers return on investment as the students take their places as working members of society.”