Should We Use Technology to Slow Global Warming?

Without a major slowing of global warming, humans and nature will face increasingly dire consequences. Nine of the hottest years in human history have occurred in the past decade as documented on Climate.gov. Without a major shift in this climate trajectory, the future of life on Earth is in question, which poses a new question: should humans, whose fossil-fueled society is driving climate change, use technology to put the brakes on global warming? Stratospheric aerosol intervention (SAI) is a deliberate climate intervention that has been studied as a way to help cool the Earth as fossil fuel emissions are reduced. But what would be the consequences to natural systems if SAI was used? 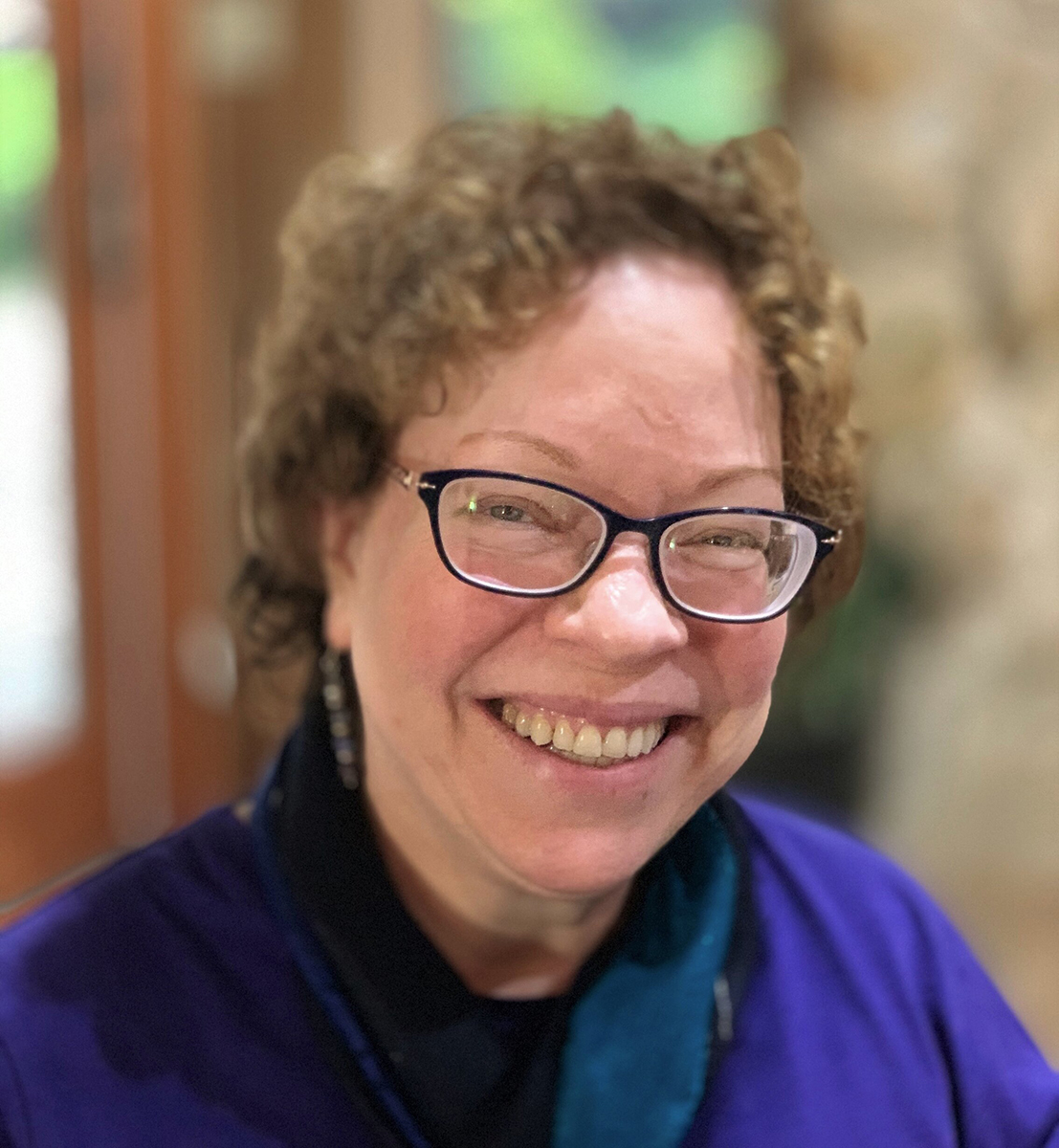 This last question is being examined by an interdisciplinary scientific research team co-led by ecologist Jessica Gurevitch, distinguished professor in the Department of Ecology and Evolution at Stony Brook University, and Phoebe Zarnetske, associate professor at Michigan State University.
In March, the National Academy of Sciences issued a major report recommending that the U.S. pursue research to further the understanding of the risks and benefits of solar geoengineering for climate, environment and people. The report emphasizes the scientific consensus that solar geoengineering is not a substitute for reducing greenhouse gas emissions. See the report recommendations here.
Since September 2019, a team of ecologists and climate scientists called the Climate Intervention Biology Working Group has gathered remotely each month to bring science to bear on the question of what the consequences of geoengineering might be for nature.
The paper, “Potential ecological impacts of climate intervention by reflecting sunlight to cool Earth,” to be published in the Proceedings of the National Academy of Sciences (PNAS), explains that interdisciplinary research is needed to fully understand the possible ecological effects of SAI, which involves injecting reflective sulfate aerosols into the stratosphere.
SAI has been studied by climate scientists with the goal of understanding how reflecting a small part of the incoming sunlight from the upper atmosphere might cool the Earth by preventing some of the sunlight energy from reaching Earth’s surface.
SAI could be implemented using many different approaches, and the impacts of these would differ greatly. Much more remains to be understood about whether the risks would outweigh the benefits, and how SAI might impact many different aspects of the Earth’s climate system. The working group anticipates that this paper will encourage more scientific investigation into how SAI, together with greenhouse gas emissions reduction, would affect the natural world.
Understanding of planetary-wide solar radiation management (SRM) impacts hinges on accurate predictions of its myriad outcomes provided by the well-established computer simulations of climate responses from the Geoengineering Model Intercomparison Project (GeoMIP), but also on predicting how species and ecosystems would respond.
The PNAS paper lays the foundation for expanding GeoMIP’s scope to include understanding how SAI would impact the incredible range and diversity of Earth’s ecosystems.
“While climate models have become quite advanced in predicting climate outcomes of various geoengineering scenarios, we have very little understanding of what the possible risks of these scenarios might be for species and natural systems,” Gurevitch explains. “Are the risks for extinction, species community change and the need for organisms to migrate to survive under SRM greater than those of climate change, or does SRM reduce the risks caused by climate change?” 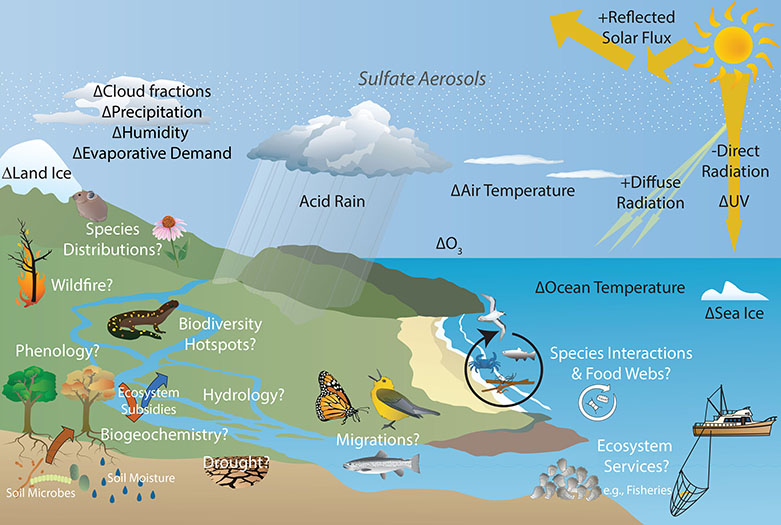 Although some effects of SRM with SAI on the climate are known from certain scenarios (indicated with + for likely increases, − for decreases, Δ to indicate change), the effects of SAI on ecological systems are largely unknown. Credit: Phoebe Zarnetske and UMCES IAN symbols

“There is a dearth of knowledge about the effects of climate intervention on ecology,” adds Zarnetske. “As scientists, we need to understand and predict the positive and negative effects it could have on the natural world, identify key knowledge gaps, and begin to predict what impacts it may have on terrestrial, marine and freshwater species and ecosystems if it were adopted in the future.”
Conversations between Gurevitch and climate scientist Alan Robock, distinguished professor in the Department of Environmental Sciences at Rutgers University, gave rise to the pioneering group, which recognizes that climate intervention to counteract global warming along with CO2 emissions reductions is more than just a science-fiction scenario.
Zarnetske’s Spatial and Community Ecology Lab (SpaCE Lab) specializes in predicting how ecological communities respond to climate change across scales from the microcosm to the global, making it uniquely poised to assist the working group in illuminating vital data for future SRM scenarios such SAI, the focus of the paper.
SAI would reduce some of the Sun’s incoming radiation by reflecting sunlight back into space, similar to what happens after large volcanic eruptions. Theoretically, it would be possible to continuously replenish the reflective layer high in the stratosphere to achieve a desired target temperature.
The paper also details the under-researched complexity of cascading relationships between ecosystem function and climate under different SAI scenarios. In fact, authors argue, carbon emissions reductions must continue regardless of whether SRM is adopted, and the question remains whether some or any SRM can be beneficial in addition to decarbonization efforts.
“We hope that this paper will spark a lot more attention to this issue and greater cooperation between scientists in the fields of climate science and ecology,” emphasizes Gurevitch.
The Climate Intervention Biology working group is funded by the National Science Foundation and will host a session about this topic at The Ecological Society of America annual meeting in August 2021.