The universe is about 13.8 billion years old, according to new research published in a series of papers by an international team of astrophysicists, including Stony Brook’s Neelima Sehgal.
Using observations from the Atacama Cosmology Telescope (ACT) in Chile, their findings confirm previous measurements of ancient light extracted from Planck satellite data. 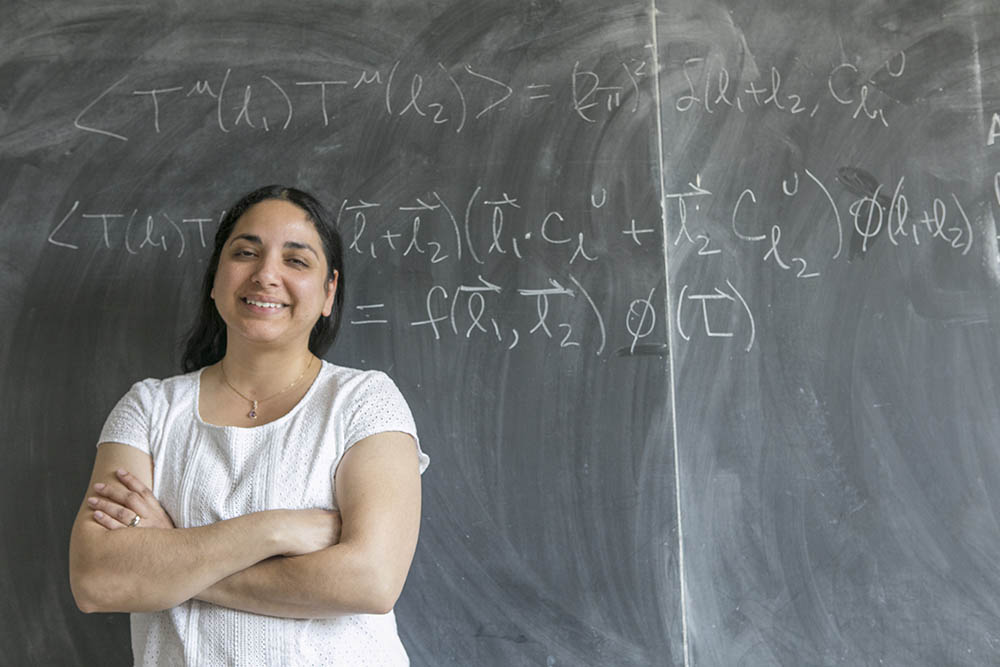 Neelima Sehgal, Associate Professor in the Physics and Astronomy Department

The ACT research team is an international collaboration of scientists from 41 institutions in seven countries. The Stony Brook team from the Department of Physics and Astronomy in the College of Arts and Sciences, led by Professor Sehgal, plays an essential role in analyzing the cosmic microwave background (CMB) — the afterglow light from the Big Bang.
“In Stony Brook-led work we are restoring the ‘baby photo’ of the universe to its original condition, eliminating the wear and tear of time and space that distorted the image,” explains Professor Sehgal, a co-author on the papers. “Only by seeing this sharper baby photo or image of the universe, can we more fully understand how our universe was born.”

A portion of a new picture of the oldest light in the universe taken by the ACT. This part covers a section of the sky 50 times the moon’s width, representing a region of space 20 billion light-years across. The light, emitted 380,000 years after the Big Bang, varies in polarization (represented by redder or bluer colors). Astrophysicists used the spacing between these variations to calculate a new estimate for the universe’s age.
(Photo: ACT Collaboration)

Obtaining the best image of the infant universe, explains Professor Sehgal, helps scientists better understand the origins of the universe, how we got to where we are on Earth, the galaxies, where we are going, how the universe may end, and when that ending may occur.
The ACT team estimates the age of the universe by measuring its oldest light. Other scientific groups take measurements of galaxies to make universe age estimates.
The new ACT estimate on the age of the universe matches the one provided by the standard model of the universe and measurements of the same light made by the Planck satellite. This adds a fresh twist to an ongoing debate in the astrophysics community, says Simone Aiola, first author of one of the new papers on the findings posted to arXiv.org. 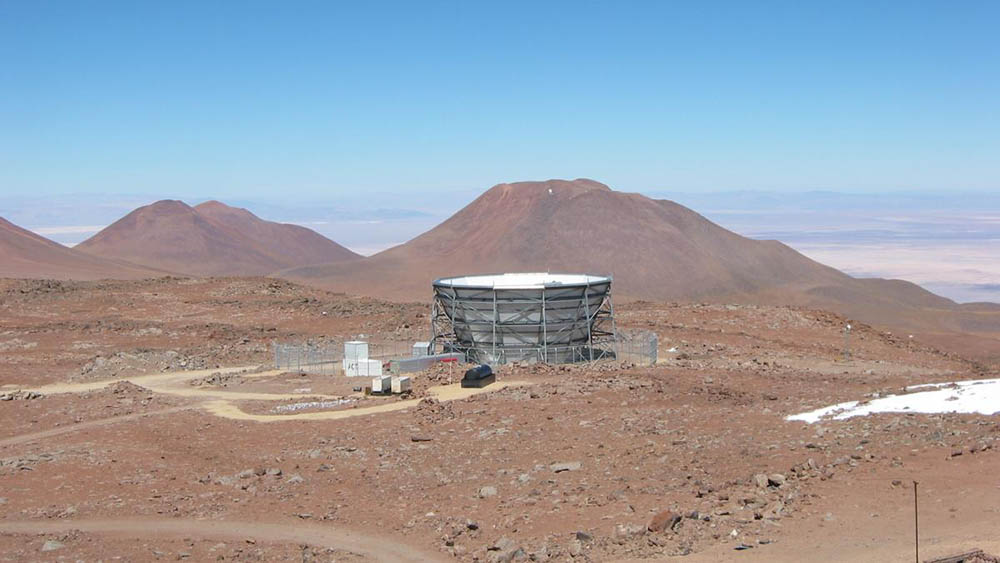 The Atacama Cosmology Telescope (ACT) measures the oldest light in the universe, known as the cosmic microwave background. Using those measures, scientists can calculate the universe’s age.

“Now we’ve come up with an answer where Planck and ACT agree,” says Aiola, a researcher at the Flatiron Institute’s Center for Computational Astrophysics in New York City. “It speaks to the fact that these difficult measurements are reliable.”
In 2019, a research team measuring the movements of galaxies calculated that the universe is hundreds of millions of years younger than the Planck team predicted. That discrepancy suggested that a new model for the universe might be needed and sparked concerns that one of the sets of measurements might be incorrect.
The age of the universe also reveals how fast the cosmos is expanding, a number quantified by the Hubble constant. The ACT measurements suggest a Hubble constant of 67.6 kilometers per second per megaparsec. That means an object 1 megaparsec (around 3.26 million light-years) from Earth is moving away from us at 67.6 kilometers per second due to the expansion of the universe. This result agrees almost exactly with the previous estimate of 67.4 kilometers per second per megaparsec by the Planck satellite team, but it’s slower than the 74 kilometers per second per megaparsec inferred from the measurements of galaxies.
“I didn’t have a particular preference for any specific value — it was going to be interesting one way or another,” says Steve Choi of Cornell University, first author of another paper posted to arXiv.org. “We find an expansion rate that is right on the estimate by the Planck satellite team. This gives us more confidence in measurements of the universe’s oldest light.”
As ACT continues making observations, astronomers will have an even clearer picture of the CMB and a more exact idea of how long ago the cosmos began. The ACT team will also scour those observations for signs of physics that doesn’t fit the standard cosmological model. Such strange physics could resolve the disagreement between the predictions of the age and expansion rate of the universe arising from the measurements of the CMB and the motions of galaxies.
The ACT research is funded by the National Science Foundation (NSF), and the NSF also funds the work of Professor Sehgal and colleagues at Stony Brook.