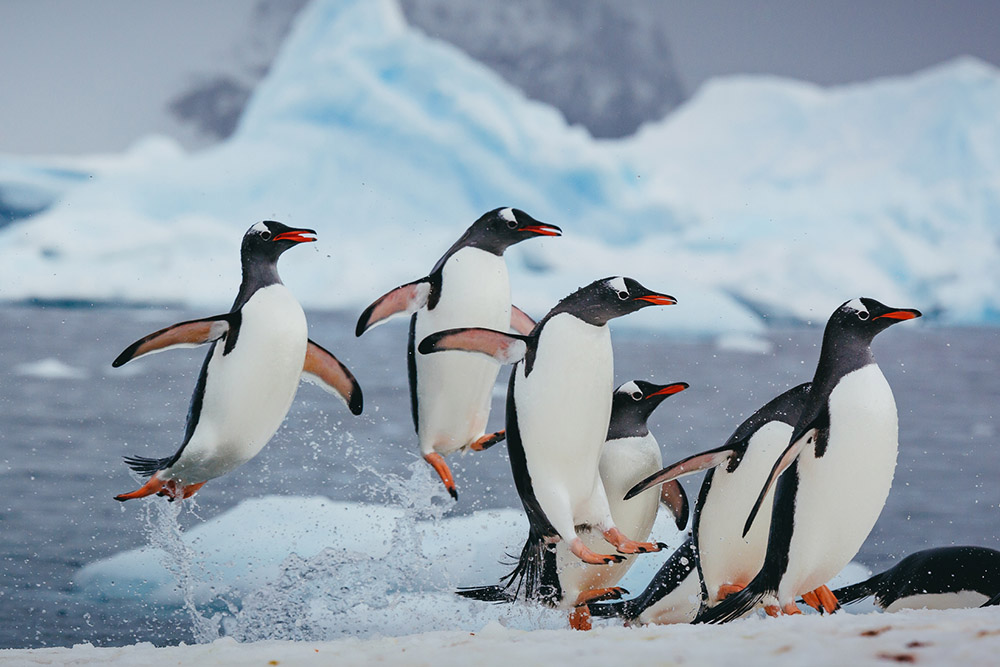 Gentoo penguins explode out of the ocean in Antarctica.

Scientists from Stony Brook University on Greenpeace’s Antarctic expedition are discovering the significant effects that global climate change has had on penguin colonies in the Antarctic.
Heather Lynch, professor of ecology and evolution in Stony Brook University’s College of Arts and Sciences, is helping lead the expedition, which has found that vast colonies of Adélie penguins in the remote Weddell Sea have remained stable in the last decade, providing vital new evidence that these areas remain a climate refuge for these Adélie penguins.

Adélie colonies on Penguin Point, Devil Island, Vortex Island and Cockburn Island all have roughly similar population sizes to when they were last surveyed. The findings add more weight to the theory that the Weddell Sea may provide an important shelter for wildlife from the worst impacts of the climate crisis.

The Weddell Sea is the site of a vast proposed Marine Protected Area (MPA), first proposed nearly a decade ago by the Antarctic Ocean Commission (CCAMLR), which has not been delivered. This discovery reinforces the urgent need to protect and preserve the Weddell Sea while it retains an intact and functioning ecosystem.

“The Weddell Sea is hardly immune from climate change, but it appears that Adélie penguins breeding in this area remain buffered from the worst of the threats posed to those populations declining so rapidly on the warming western side of the Antarctic Peninsula,” Lynch said. “Our understanding of the biology in this inhospitable landscape continues to grow every year, but everything we learn points toward its value for conservation.” 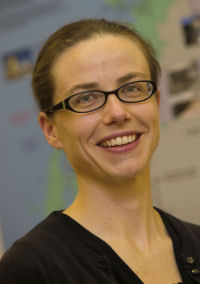 Last week, Stony Brook scientists discovered a new colony of gentoo penguins at Andersson Island, on the eastern side of the Antarctic Peninsula, along with the first-ever recorded findings of the species in an unexplored archipelago at the northern tip. These are some of the southmost records for gentoo penguins in the region, where until recently it was too icy for the more temperate birds to successfully raise chicks. The findings were released on January 20 to mark World Penguin Awareness Day.

“Mapping out these remote archipelagos will give us a better understanding of how the region’s penguins are responding to rapid climate change,” Lynch said. “As expected, we’re finding gentoo penguins nearly everywhere we look — more evidence that climate change is drastically changing the mix of species here on the Antarctic Peninsula.”
Lynch, who runs the Lynch Lab for Quantitative Ecology at Stony Brook University and is the inaugural endowed chair in ecology and evolution in the Institute for Advanced Computational Science (IACS), said the trip had involved surveying on foot, for the first time, parts of the peninsula where penguin colonies had been spotted from satellites.
Lynch’s research focuses on the development and application of statistics and mathematics to conservation biology. Her current research revolves around a large-scale vessel-based breeding bird survey program called the Antarctic Site Inventory, a project she manages in partnership with the non-profit research organization Oceanites.
The researchers are part of a Greenpeace expedition to the region onboard the Arctic Sunrise and are carrying out the first-ever counts of the gentoo colonies. Previously only one solitary gentoo nest had been found this far south.
Rising global temperatures have led to irreversible change to the polar regions, including rapid diminishing of ice sheets and glaciers. The continent set a new record high temperature in February 2020, hitting 18.3 degrees Celsius. The Antarctic Peninsula is among the fastest warming regions of Earth, heating up almost three degrees Celsius over the last 50 years.