New research sheds light on the origin and early evolution of pterosaurs — flying reptiles that occupied the skies for 150 million years during the Age of Dinosaurs. In a paper published in Nature, a team of scientists including Stony Brook’s Alan H. Turner introduce strong evidence that the closest relatives of pterosaurs are a poorly known group of “dinosaur precursors” called lagerpetids, which lived across the ancient supercontinent Pangea during much of the Triassic Period, from ~237 to ~210 million years ago. 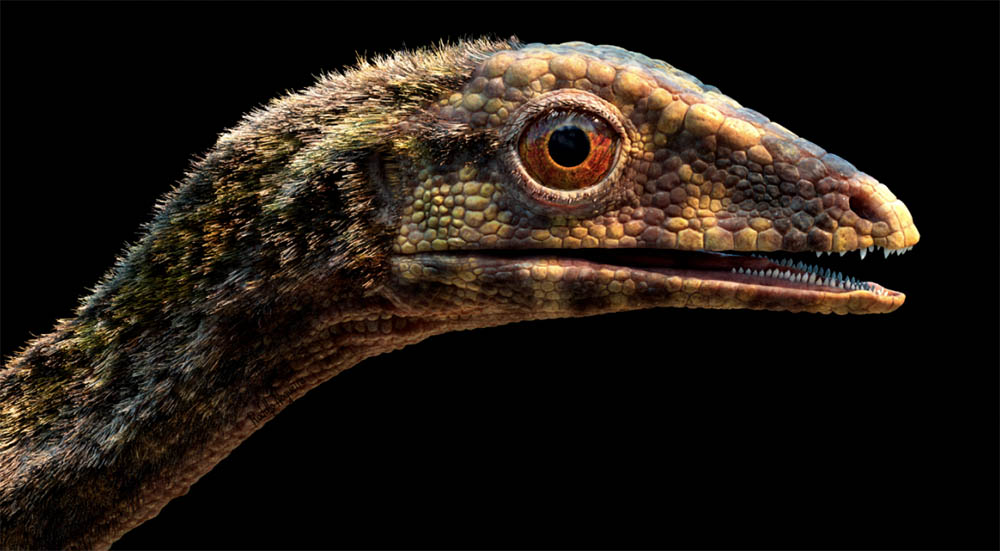 Life reconstruction of the head and neck of the lagerpetid Ixalerpeton from the Triassic Period (ca. 233 million years ago) of southern Brazil.

The origin of pterosaurs has been one of the major mysteries in vertebrate history because close relatives have not been satisfactorily identified. The papers demonstrate that lagerpetids are more closely related to pterosaurs than any other reptile group. 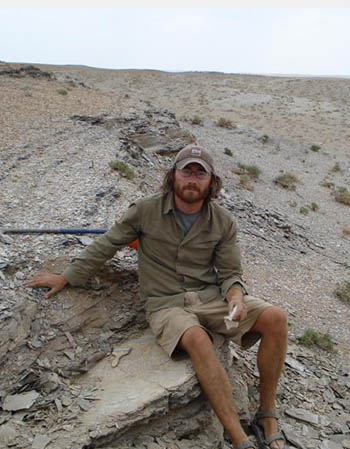 Previously known mostly from hip and hindlimb bones, newly discovered skull and forelimb remains help tie their skeletal features to those of early pterosaurs. Furthermore, new technological advances (micro Computed Tomography [µCT] scanning) has allowed reconstruction of their brains and sensory systems within the skull (e.g., inner ear), revealing that they also match well to those of pterosaurs.
“Pterosaurs appear in the fossil record already showing that they were fully adapted for flight,” said Turner, associate professor in the Department of Anatomical Sciences in the Renaissance School of Medicine at Stony Brook University and study co-author. “This means they look really different from any of the other reptile groups at the time. That makes piecing together their evolutionary origins quite difficult.”
Collaborative field excavations by Turner and colleagues conducted over the last 15 years in Upper Triassic rocks exposed in Ghost Ranch, New Mexico, provided key fossils for the study. One particularly important discovery was of a small dinosaur precursor named Dromomeron, which belongs to the lagerpetid group. Since the initial discovery, new lagerpetid bones have been discovered in North America, Brazil, Argentina and Madagascar.
“Any one of these species alone wasn’t enough to solve the pterosaur puzzle,”  Turner said. “We needed to join information from our five different research groups spread across three continents to get all the pieces of this puzzle in place.”
The evolutionary relationships revealed create a new paradigm for understanding the origin of pterosaurs, providing a completely new framework for the study of the origin of these animals and their flight capabilities.