Rebecca Hayman ’19 never does anything half-baked — and that includes the baking business she launched to give her life renewed meaning after she had to give up dancing and sank into a deep depression.
The Miller Place, New York resident began dancing at a studio in Port Jefferson, New York at the tender age of three and “adored it.” She continued to hone her skills until dance had to take a backseat to her education when she entered high school. But, like any passion, Hayman found herself missing it. So upon enrolling at Stony Brook, she joined the University’s dance team. 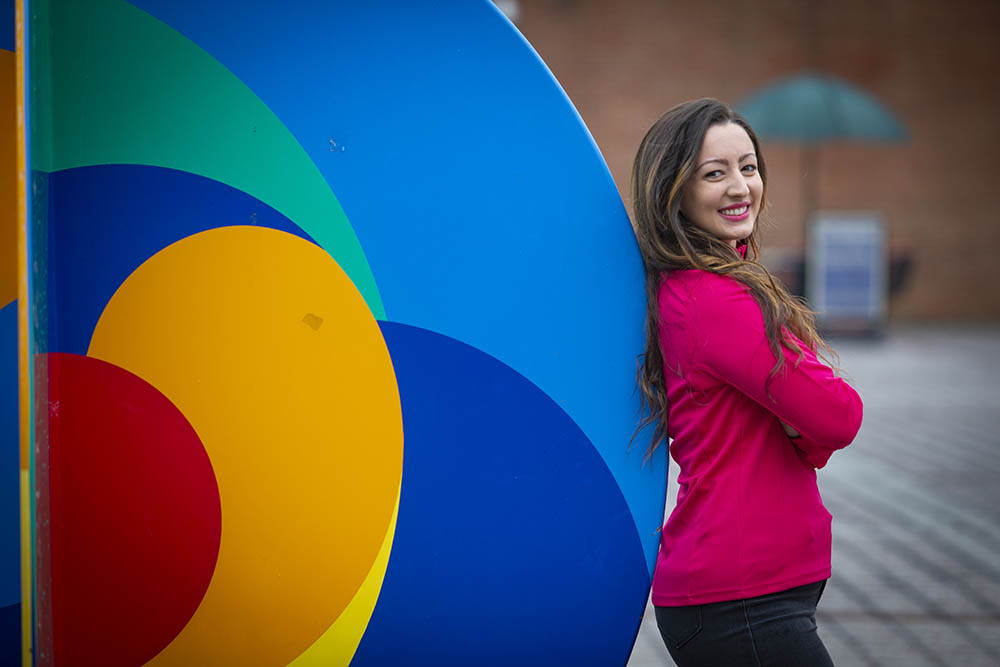 “Sadly, my tenure was cut short when I got hit by a football player while on the sidelines,” she recalled. She then decided to minor in dance until the program experienced budget cuts. That’s when she hung up her dancing shoes for good.
“After my dancing career journey came to an end, I needed a new, creative outlet and that became baking, as weird as that sounds,” said Hayman.
“I learned the art of baking by complete happenstance — I found myself surfing through TV channels and landed on the Food Network. Through a lot of experimentation and failure, I taught myself how to bake. I started my baking journey in May 2016.”
A lover of puns, cultural allusions and alliteration, she selected Bake it Like Becca as her business name.

Here she is! My first ever #UnicornCake!!! 🦄

I have been ITCHING to make one of these bad boys ever since they hit the #baking scene. So glad I finally got to make one!

I hope my newest #customer enjoys her #birthday #cake…and eats it, too! 😉💗 pic.twitter.com/kCh4BSK8P1

Hayman shared her newfound talents with the campus community. In 2019, around Valentine’s Day, she hosted a cookie fundraiser. With the help of the Commuter Student Association and Commuter Student Services, she baked conversation heart cookies and sold them in the Student Activities Center. All proceeds went to the American Heart Association.
“That was my most cherished #BakingTheWorldHappy memory,” she said.
Along the way, she garnered some media attention for the fruits of her labor. She was a guest of DJ Luke on WUSB in March 2019; had a segment on The Donna Show, which aired in April 2019; and most recently spoke at a virtual event, Raise Her Voice: Untold Stories of Women in the Workplace, held by the Ellevate Network in September 2020.
Her current baking challenge is cake decorating. “It is the most intricate and challenging work, and I love it,” she said.
Although Hayman said it is difficult to pinpoint her signature dishes, she loves incorporating new skills so that she can grow as a baker.
“French pastry is pretty intimidating,” she said. “Items like macarons are super delicate and intricate, and I hope to someday master them.”

Today was an absolute blast! I had the privilege of talking it up with @d.j.luke from Stony Brook’s radio station, WUSB! It was too cool being able to talk about my mission, and even do an exclusive tasting😉😋 I feel SO blessed 💗 #BakingTheWorldHappy pic.twitter.com/3BKGZlKKBY

While at Stony Brook, Hayman took courses offered by the College of Business. One of her favorite marketing courses was Brand Management. “I loved the concept of building a brand, attributes and all, for a target population of people,” she said.
“I consider myself so lucky to have mastered this battle. In addition to baking, I made it my mission to spread awareness and advocacy for mental health,” she said. “I want people to know that they are not alone, and that it is more than OK to not feel OK all the time.”
Hayman’s good fortunes continued, leavened by her ability to make the most of whatever situation in which she found herself.
While interning at Stony Brook’s Career Center, she was put in charge of marketing for the career fairs. One day she started up a conversation with a recruiter at a table representing Softheon, a company located in Stony Brook’s Research and Development Park.
The two hit it off.
“Soon after, I applied for one of their openings on LinkedIn and received an offer for employment,” she recalled. She accepted. At Softheon, Hayman oversees organic social media marketing; strategic, paid social media marketing; and event planning/vendor relations. 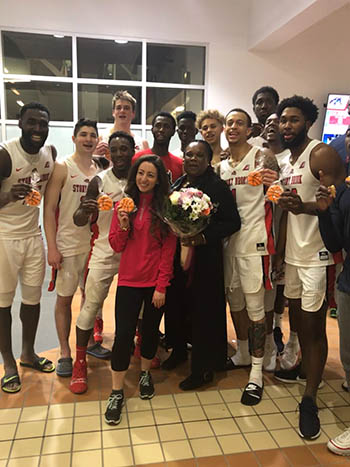 “My experiences at the Career Center fully prepared me for my role at Softheon,” she said. “The Career Center internship helped me conceptualize the flow of information in an organization and how different departments collaborate to get the job done. The Career Center was instrumental in preparing me for the ‘real world.’ ”
It’s no surprise that Hayman’s enterprising nature is a family trait — specifically, a Stony Brook family trait.
Both her parents graduated from Stony Brook; her mother graduated with a master’s degree from the School of Professional Development in 2012 and her father graduated as an undergraduate in 2000 and went on to graduate with a computer science degree from SBU in 2003. Hayman’s brother Nicholas was a business and applied mathematics major who has been with multinational investment bank JPMorgan Chase & Co. since graduating in 2015.
What’s more, Hayman’s sister Stephanie received the MBA in Marketing Award this past December after earning two degrees at the College of Business: A bachelor’s in business management in 2012 and an MBA in marketing in 2018. Her self-published book, Surviving My First Decade in Corporate America, which made its debut this past August, highlights her victories and trials in the working world as a twenty-something.
All in all, the Haymans are “definitely a family of go-getters,” said Marie McCallion, manager of marketing and community relations for the College of Business. At a time when societal issues dominate the headlines, Rebecca Hayman’s mission simply remains “baking the world a happier place.”
— Glenn Jochum