Haitian-born Jean Clifford Brutus was thrilled to discover that he was the cover story of Minority Engineer’s spring 2019 issue, but it might not have ever happened had he let a rejection letter from Stony Brook University stop him in his tracks.
“I was devastated and I started to be doubtful about my future,” Brutus said. But instead he buckled down and took a different path to Stony Brook, applying to Suffolk County Community College. He was accepted to the Engineering Science program in 2007, winning a STEM scholarship. One year later he transferred to Stony Brook, where he embarked on a distinguished academic career. 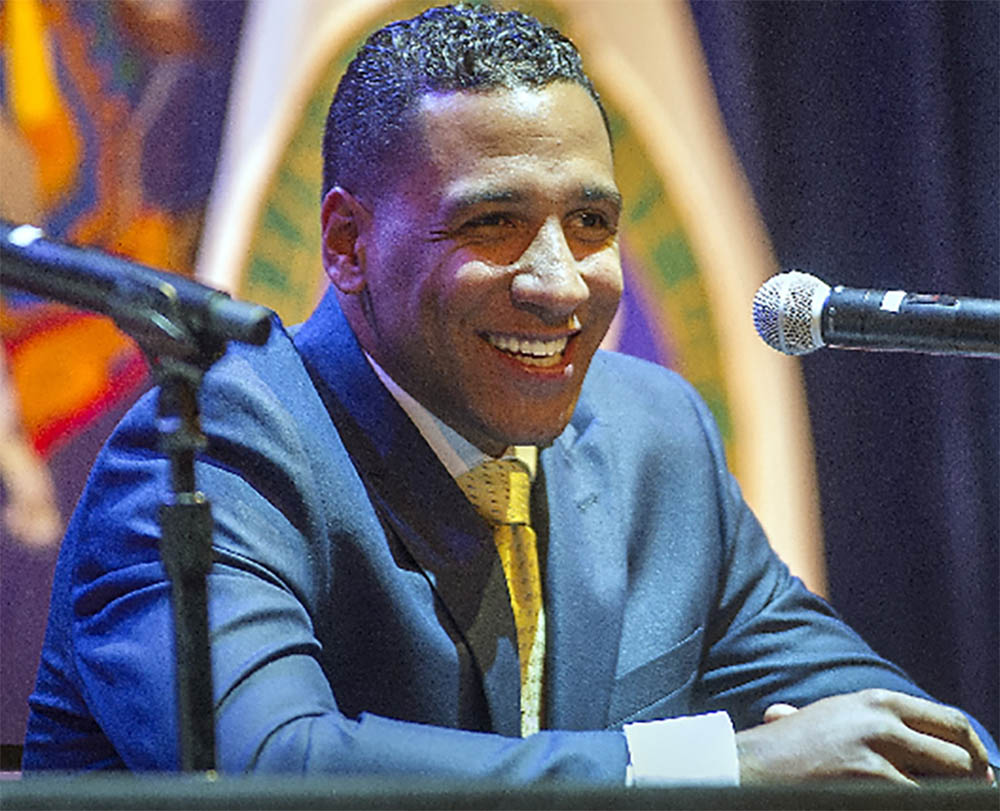 His quest to become an engineer began in Haiti, where he grew up as the middle child in a family of five. “Surrounded by creative, intelligent siblings I have always felt inspired and yet challenged to be as great if not greater,”Brutus said.
At 14, he remembered being awestruck by his older brother’s ability to install an engine on an all-terrain vehicle a friend had given him. When his brother converted that vehicle to a go-cart, Brutus became a part of the effort, spending many weekends and afternoons helping his brother at the shop. In the process, he not only built upon his mechanical skills but developed a passion for mechanical engineering. 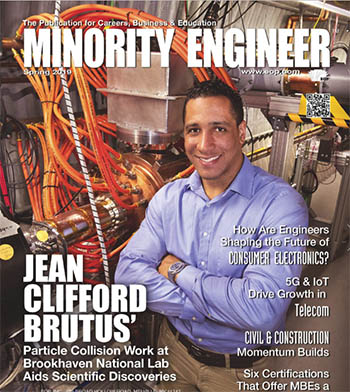 Brutus on the cover of Minority Engineer magazine.

That experience would serve him well at Stony Brook, where Brutus  participated in the Baja Society of Automotive Engineers (SAE) Stony Brook Motorsport Team, serving as its president in 2010-2011. He graduated from the College of Engineering and Applied Sciences with a bachelor’s degree in Mechanical Engineering in 2011 and a master of science in Mechanical Engineering in 2012.
His parents had made sacrifices to make sure Brutus and his siblings received the best education possible, electing to remain in Haiti themselves but financially supporting his brothers and sister in the U.S. “They were there every step of the way to help us make the right decisions, even from across the ocean,” he said.
One of several internships while at Stony Brook led to his current job as a project engineer at Brookhaven National Laboratory (BNL), where he received two Spotlight Awards for his achievements. At BNL, Brutus is responsible for performing engineering design analyses as well as planning and coordinating phases of some of the engineering work for Coherent electron Cooling (CeC) and Low Energy RHIC electron Cooling (LEReC). Both of these projects are designed to keep beams of particles that are circulating in the Relativistic Heavy Ion Collider (RHIC) from heating up and spreading out.
“Keeping the beams cool and tightly bunched maximizes the rate of particle collisions and therefore the amount of data scientists can use to make discoveries,” he said.
Brutus is wedded to his profession, but also to another engineer. His wife Shushanna Cherian-Brutus, whom he met at Stony Brook, is a program manager at General Electric Aviation. “As engineers, we often discuss how to solve issues, whether it’s fixing something at home or at work or our motorcycles,” he said. “It gives us something in common that we both love but I would have married her even if she wasn’t an engineer.” 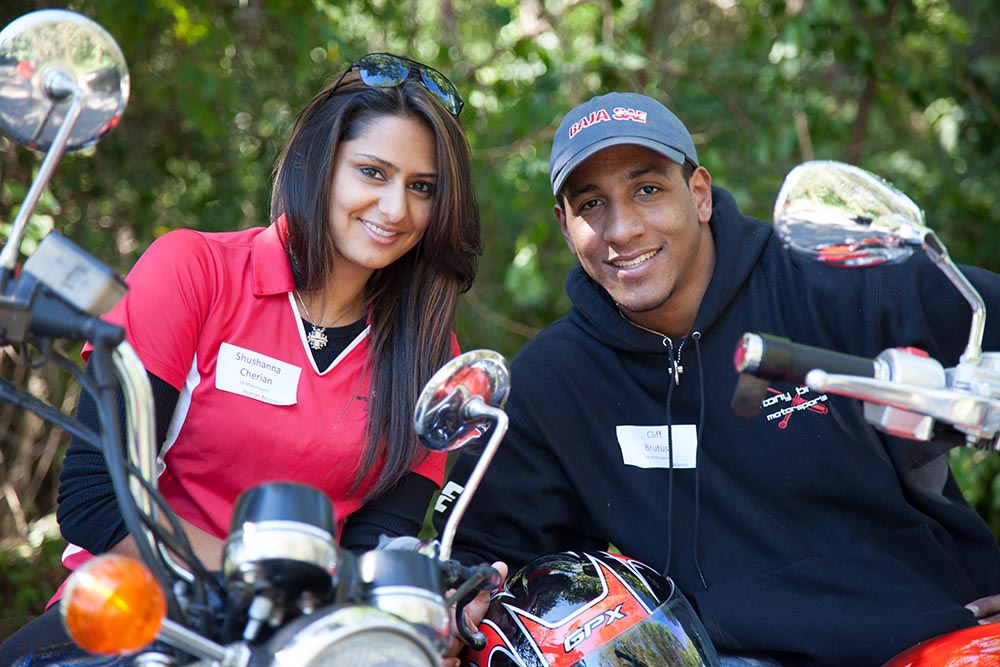 Once or twice a year, Brutus travels to attend conferences, visit with vendors to inspect equipment being manufactured, or serves as a panelist or guest speaker. “I attribute my skills as a panelist and speaker to witnessing my father perform public speaking and traveling abroad to share his social work in Haiti with the world, my various leadership roles at Stony Brook, and to Shushanna, who is always there to coach me,” he said.
“You spend several months attending meetings and designing a project on the computer,” he added. “We often have design iterations going back and forth between what the physicists want and what can actually be manufactured. When the design is finalized and built, it is very rewarding and exciting when you get to see it being used for scientific research.”
Brutus retains strong ties to Stony Brook as a recruiter for the Science Undergraduate Laboratory Internship (SULI) program at the SBU Engineering Career Fair.
He is also committed to promoting and ensuring diversity. Late in 2018, Brutus was nominated to be a member of the Inclusion and Diversity Council for the Nuclear and Particle Physics Directorate at BNL. “Being married to an engineer, who is not only a minority but a female engineer, I am aware of some of the challenges women in science face at work on a daily basis,” he explained. Shushanna is an American citizen and represents the first generation of her family to immigrate from India.
Early in 2018, Brutus achieved his longtime goal of becoming a licensed New York State Professional Engineer (PE).
“In today’s world, more people are graduating with a master’s degree in either engineering or business but it will take more than a master’s degree to distinguish yourself from the rest of the pack,”  he said.
“Technical ability, leadership, teamwork and presentation skills are important, but being inclusive and diverse is also essential,” he said. “Always challenge yourself and be willing to learn from your mistakes and those of others in order to grow professionally. There are many opportunities for minority students, but you must be proactive.”
— Glenn Jochum