When Samuel L. Stanley Jr., MD, joined Stony Brook University as its fifth president in 2009, he brought with him something unique to the position—a deep understanding of the complex issues arising at the intersection of science and security. These issues are now coming to the fore, both at universities and in other key national institutions.
President Stanley’s expertise is rooted in his seven-year term managing one of the nation’s largest centers for biodefense and emerging infectious diseases at Washington University in St. Louis, where he chaired the Institutional Biosafety Committee and served on multiple United States government panels dealing with biosafety and biosecurity. In 2011, he was asked to chair the National Science Advisory Board for Biosecurity (NSABB), a group of experts from academia, industry, government agencies and the public, tasked with advising the U.S. government on the safe conduct of biomedical research. 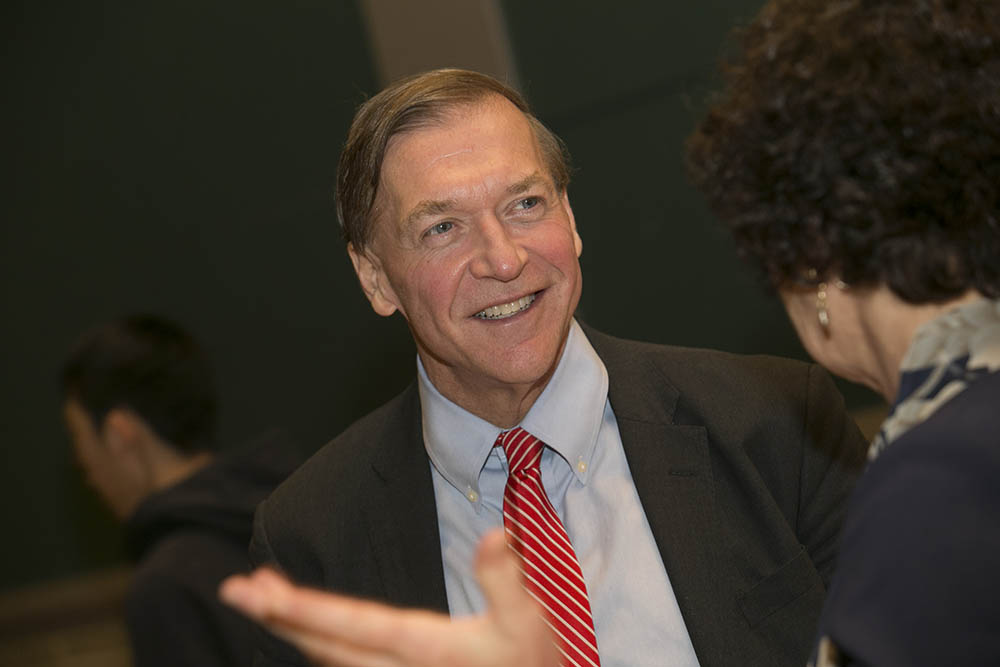 President Stanley looks back on his early work in biodefense research as his introduction to the vital issues surrounding science and security.
“It was as leader of the Midwest Regional Center for Excellence in Biodefense and Emerging Infectious Disease Research that I first began to encounter some of the unique challenges associated with research with select agents like anthrax, plague, and ebola virus,” he said.
“The tension between the need for the open communication of the critical scientific experiments being done in this area—key to growing knowledge and assessing the validity of discoveries—was countered by strong concerns from the security community and the public that the knowledge gained from these experiments could be used for nefarious purposes.”
When President Stanley took the helm of NSABB, the board was in the midst of dealing with a very complex and high-profile biosecurity issue. A new and highly lethal strain of avian influenza, designated H5N1, had been found in birds, but had also spread from birds to infect some humans, resulting in severe illness and some deaths. While no person-to-person spread of this highly pathogenic avian influenza had been detected, scientists and public health experts worried that new mutations in the virus might enable it to transmit efficiently between humans. 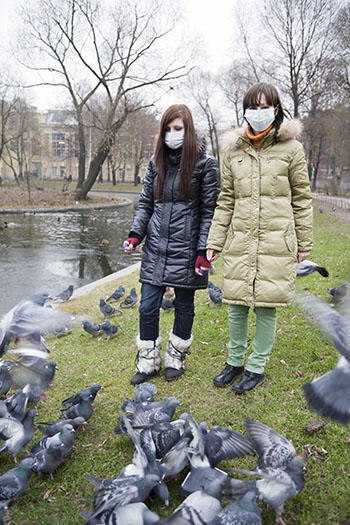 Transmission of avian flu to humans is potentially a public health catastrophe.

That could cause a devastating pandemic, perhaps even on the scale of the 1918 Spanish Flu, which is estimated to have killed at least 50 million people worldwide. Scientists responded by studying H5N1 with the aim of identifying which mutations might confer the ability to transmit between mammals, using a ferret model of infection. The goal was to detect H5N1 virus strains in the wild that might be undergoing mutations dangerous to humans, then to determine whether, based on their research, countermeasures such as antivirals or improved vaccines could be developed. This type of study, known as a gain of function experiment, was performed by two leading laboratories in flu research. They were able to identify some mutations that conferred to H5N1 strains the ability to transmit between ferrets.
But when publication of the results was being considered, major concerns arose from some members of the research community and the public. They feared that the results of the experiments could be used to genetically engineer H5N1 flu viruses that could transmit between people as a biological weapon, or that a laboratory accident could release the virus strains used in these studies, endangering the public. Both manuscripts were eventually published, but the NSABB was divided in its response, and the growing concern both in the research community and among the public prompted the U.S. government to put a moratorium on gain of function research involving highly pathogenic avian influenza, as well as two other pathogens, SARS and MERS viruses.
Thus when Stanley became NSABB’s Chair, he faced a moratorium on research in a critical area of science, and uncertainty about what the next steps should be.
“One of the remarkable things about the gain of function discussions was the fact that talented and experienced scientists, reviewing the same facts, came to diametrically opposed conclusions ,” Stanley said. “It was a powerful lesson on how individual perceptions about the potential benefits and risks of any action can be extraordinarily different.”
Stanley saw his task as the creation of an environment within NSABB in which these hot-button issues could be freely discussed and many experts heard, but in the most scientific and dispassionate way possible. Also serving on that board was Carrie Wolinetz, acting chief of staff and NIH health associate deputy director for science policy. 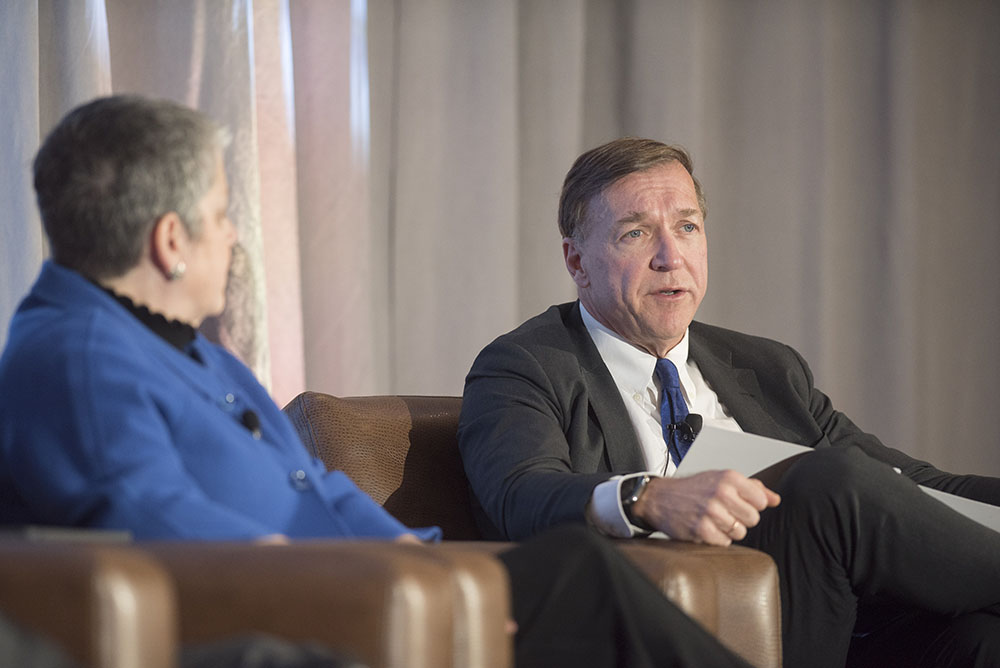 President Stanley’s involvement in global issues is multi-faceted, as in this 2018 presentation to the Higher Education Climate Leadership Summit.

“One of the best parts of sitting next to Sam during all this is that he has a most amazing calm, unflappable demeanor,” Wolinetz recalled. “As people were using great hyperbolic language on both sides of the debate, he would very calmly and capably manage these conversations. He was the right leader to have in that position at that time.”
After multiple hearings, two national meetings convened by the National Academies, and the hard work of a NSABB working group chaired by Joseph Kanabrocki of the University of Chicago and Kenneth Berns of the University of Florida, the Board conveyed its final report and recommendations to the U.S. Government in 2016.
In brief, the Board proposed a new framework to facilitate the safe conduct of such critical experiments. The new policy would require intensive review by scientists and their institutions, as well as the peer review process and a separate independent review by the funding agency. Critical information—like the safety record of the laboratories, their experience working with these organisms, and the scientific need for a gain of function approach versus other experimental designs—would become part of the evaluation process.
The overall approach was based on fundamental principles: that expanding our knowledge of such agents is critical to biodefense, that very few human-created mutations could not also occur naturally, and that failing to study extremely dangerous viruses is a risk in and of itself. Recently the U.S. Government and NIH accepted the NSABB recommendations, and the moratorium on research in this area was lifted. Kanabrocki, who worked with President Stanley at Washington University and played a critical role in the NSABB process, called him “a great mentor, great scientist and leader who empowers the people who work with him, and basically gets out of their way and lets them do their job.”
Although Stanley stepped down as Chair of NSABB last year, the NIH soon asked for his assistance again, this time as part of a small working group of university presidents and research officers tasked with making recommendations on the issue of foreign influences on U.S. research to the NIH Director’s Advisory Board. Once again the issues are complex, and required walking the line between restricting science — including who can do science in the U.S. — and making sure that the products of research supported by the U.S. government are used appropriately.
“Recently universities and funding agencies have become more aware of attempts to appropriate the products of federally funded research by foreign governments, and efforts to violate and influence the peer review process by which funding is awarded, perhaps at the behest of foreign governments,” Stanley said.
“We must address this, and it requires that research universities increase awareness about these issues, follow their own policies on conflict of commitment and conflict of interest, make sure their faculty are fully disclosing their sources of funding and collaborators, and develop methods to verify that reporting is accurate,” he added.
However, Stanley believes that we must also ensure that the actions of a few individuals and foreign governments do not lead to widespread restrictions on international collaborations, which would inhibit the ability of international students and scientists to contribute to research in the United States.
“One of the U.S.’s key competitive advantages is our ability to attract talented students and scientists from around the world to our universities and companies,” he said. “That, coupled with the ability to freely communicate the results from the basic research coming from our universities and universities in other countries, is essential to scientific progress.”
“Once again we need to strike the right balance between science and security,” he said. “I think the NIH working group’s recommendations were designed to strike that balance.”
Despite his busy schedule as President of Stony Brook University, Stanley is committed to staying engaged in issues of science and security. 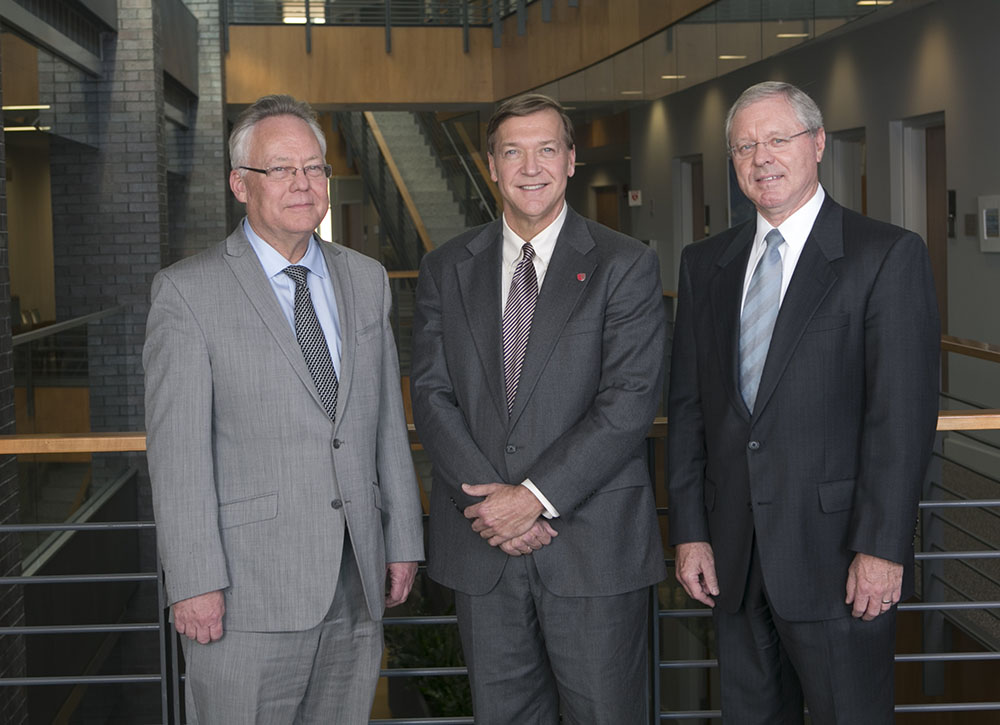 “These issues matter greatly to Stony Brook University and to Brookhaven National Laboratory, which we manage for the Department of Energy with Battelle Corporation,” he said. “I want to make sure that the perspective of universities, research centers, and the scientists and faculty who do the research, is represented when national policy decisions are being made in these critical areas. I see it as a duty to science, to my country and to Stony Brook University.”
On March 11, 2019, President Stanley took on another prominent role in this area as he joined U.S. Director of the National Counterintelligence and Security Center William Evanina on a panel at the ACE (American Council on Education) Conference in Philadelphia, titled “Science, Security, and Foreign Influence: Insights from Federal Agencies and Higher Education Leadership.” 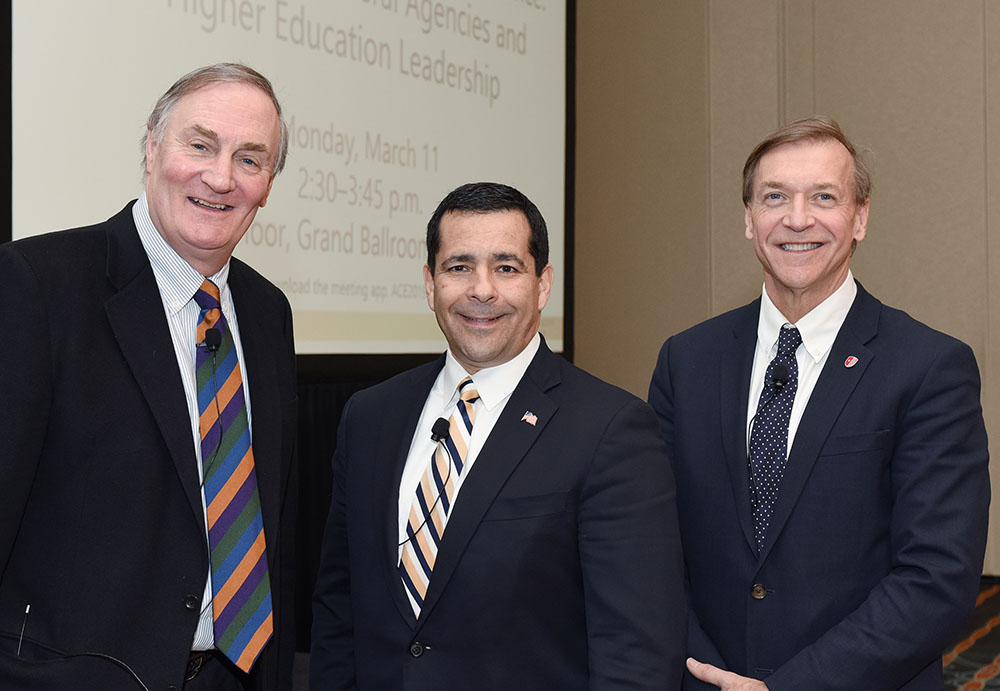