New strategies for treating teen depression will be funded by a five-year, $2 million Early Independence Award (EIA) from the National Institutes of Health (NIH) to Jessica Schleider, an Assistant Professor of Clinical Psychology in the College of Arts and Sciences.

Working with a cohort of 300 teens experiencing depression, Schleider’s project, titled “Harnessing Network Science to Personalize Scalable Interventions for Adolescent Depression,” will gauge adolescent depression symptoms and establish a symptom-tailored treatment protocol. She and colleagues will first establish a method of identifying adolescents’ lead symptoms that contribute to their overall disorder of depression. “Networks” of teen depression symptoms will be created using data collected via surveys sent to teens’ smartphones. Then she will evaluate whether teens’ depressive symptoms can predict their likely response to evidence-based, single-session, computer based interventions that target different symptoms of depression, such as hopelessness or withdrawal from daily activities. 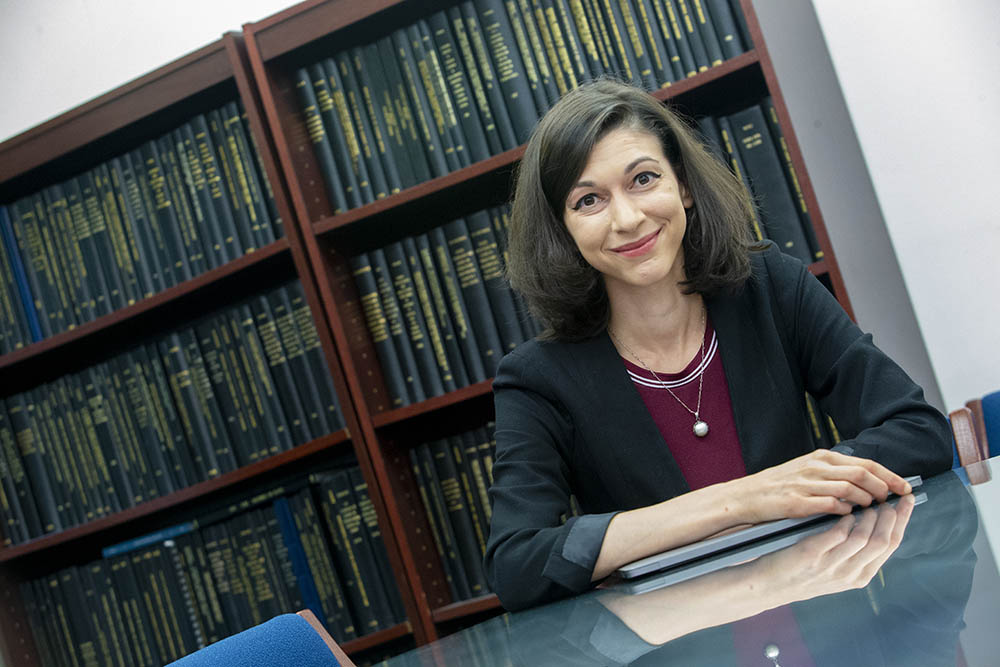 “Low access to treatment and the vast overlay of different types of treatments for depression that often take a long time to conduct are problems,” says Schleider. “If teens’ symptom structures do predict whether they respond to specific single-session interventions, results may yield a novel, powerful approach to matching adolescents to targeted treatments based on personalized clinical need.”

Schleider said the approach is designed to find tailored treatments for major depression in youth that are easily accessible, beyond the “brick and mortar” of a clinic, which include brief sessions at a low-cost. Such a framework, she contends, will improve the economic burden of treatment (now estimated at more than $210 billion worldwide) under the current models of care for adolescents with major depression.

“Professor Schleider’s work to promote accessible mental health services for teenage populations is extraordinary,” said Michael Bernstein, Interim President of Stony Brook University. “Her receipt of the NIH’s Early Independence Award is testament both to the excellence of her research and to the unique promise it holds for improving social welfare.”

“Dr. Schleider is a creative and innovative clinical researcher in developmental psychopathology and evidence-based intervention,” said Nicole S. Sampson, Interim Dean of the College of Arts and Sciences. “She has already strengthened the research focus and profile of our Department of Psychology since joining SBU one year ago. I am certain that the NIH Early Independence Award is only the first of many that she will receive as an independent researcher, and I look forward to seeing her efforts come to fruition in the years ahead.”

“Each year, I look forward to seeing the creative approaches these researchers take to solve tough problems in biomedical and behavioral research,” said NIH Director Francis S. Collins, M.D., Ph.D. “I am confident the 2019 cohort of awardees has the potential to advance our mission of enhancing health through their groundbreaking studies.”

Established in 2011, the EIA is part of the NIH Director’s Awards for High-Risk, High-Reward Research given to exceptionally creative scientists for highly innovative research proposals with transformative potential. Managed by the NIH Common Fund, EIA funds early stage investigators and provides an opportunity for exceptional junior scientists who recently received their doctoral degree to move immediately into independent research positions.