“What kind of nation are we going to be in the 21st century?” 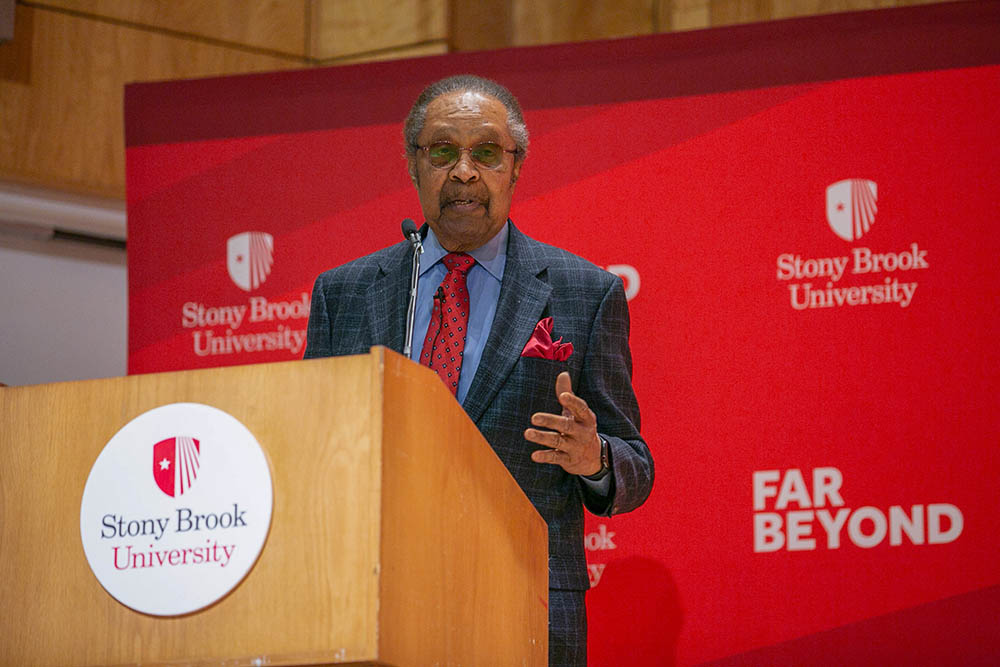 Recalling the words and deeds of Martin Luther King Jr., his associate during the civil rights movement, Jones outlined a “struggle for the soul of America” and challenged listeners to understand the institution of slavery and its legacy.
Without taking slavery into account, “there is nothing you can read and no lecture you can go to that will enable you to understand the essence of what America is today,” Jones said.

Jones is an adjunct professor at the University of San Francisco and a scholar-in-residence at the Martin Luther King, Jr. Research and Education Institute at Stanford University. In a distinguished and heralded career, he served as political advisor, counsel and draft speechwriter for Dr. King.

In 1967 Jones joined the investment banking and brokerage firm of Carter, Berlind & Weill, working alongside future Citigroup Chairman and CEO Sanford I. Weill and Securities and Exchange Commission Chairman Arthur Levitt. Jones was the first African American to be named an allied member of the New York Stock Exchange. He has been twice recognized as Fortune’s Business Man of the Month, and founded successful financial, corporate and media-related ventures. He has also provided strategic legal and financial consulting services to several governments around the world, including the Bahamas, Dominican Republic, Jamaica and Zambia.

“I can think of no better person than Dr. Jones — a man who has contributed so profoundly to the civil rights movement — to be here this evening to inspire our students to become actively engaged in making a real and lasting difference in our community and the world,” Stony Brook University President Samuel L. Stanley Jr. said in his introductory remarks.

Comparing the civil rights struggle to recent protest movements, Jones recalled how difficult it was for many activists to embrace nonviolence, but credited Dr. King’s peaceful approach as the impetus for such landmark victories as the 1964 Civil Rights Act and 1965 Voting Rights Act. Moving forward, he said, will require asking some questions that are uncomfortable.
“How is it possible that in the richest country in the world we can spend a trillion dollars in Afghanistan but we don’t have enough money to feed and provide shelter,” he asked. “It’s a contradiction and doesn’t make sense.” 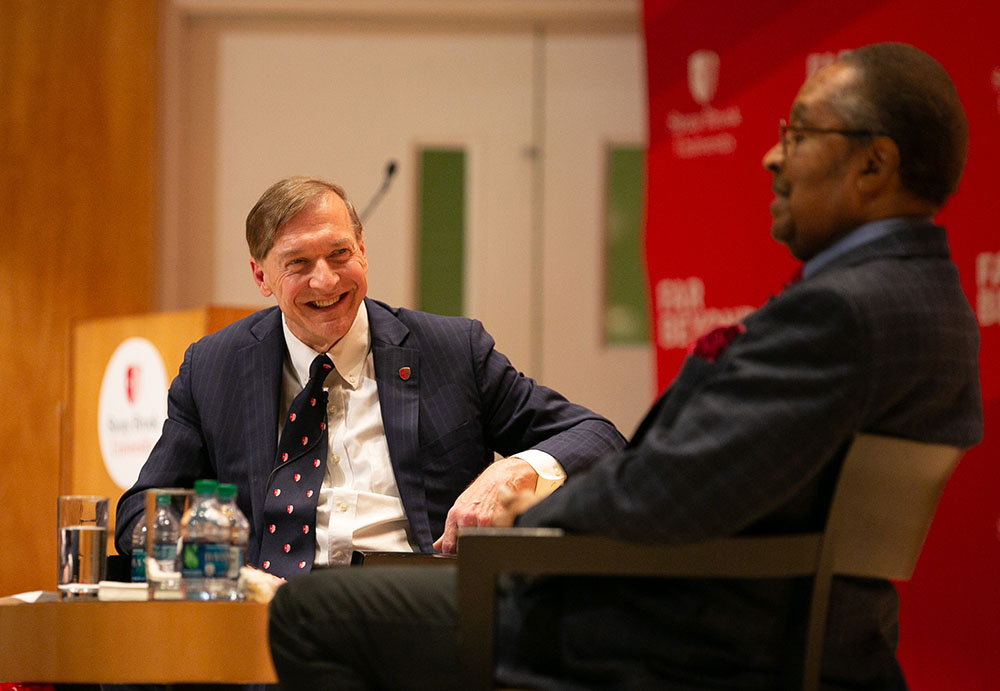 Jones has received numerous state and national awards recognizing his significant contributions to American society. Through his work in the civil rights movement, he has dramatically impacted the course of American history. He coordinated the legal defense of Dr. King and the other leaders of the Southern Christian Leadership Conference against the libel suits filed against them and The New York Times by the police commissioner and other city officials of Birmingham, Alabama. The Supreme Court ruling in this case — Sullivan vs. The New York Times — resulted in the landmark decision on the current law of libel.

In April 1963 he drafted the settlement agreement between the City of Birmingham and Martin Luther King, Jr. to bring about the end of demonstrations and the desegregation of department stores and public accommodations. He assisted Dr. King in the drafting of his celebrated “I Have a Dream” speech that he delivered at the March on Washington, August 28, 1963. In September 1971 he again found himself at the center of history-in-the-making when, at the request of New York Governor Nelson A. Rockefeller, he was requested to help negotiate an end to the historic Attica prison inmate rebellion.

“As a vital participant in the civil rights movement, Dr. Jones has dramatically impacted the course of American history,” President Stanley said. “I am so pleased he could be here to share his incredible story with us.”

The Presidential Lecture Series, presented by President Stanley, regularly brings luminaries and pioneers to campus with an emphasis on fresh ideas and social impact. The lecture was presented in collaboration with Stony Brook’s Center for Civic Justice, which recently celebrated its first anniversary.