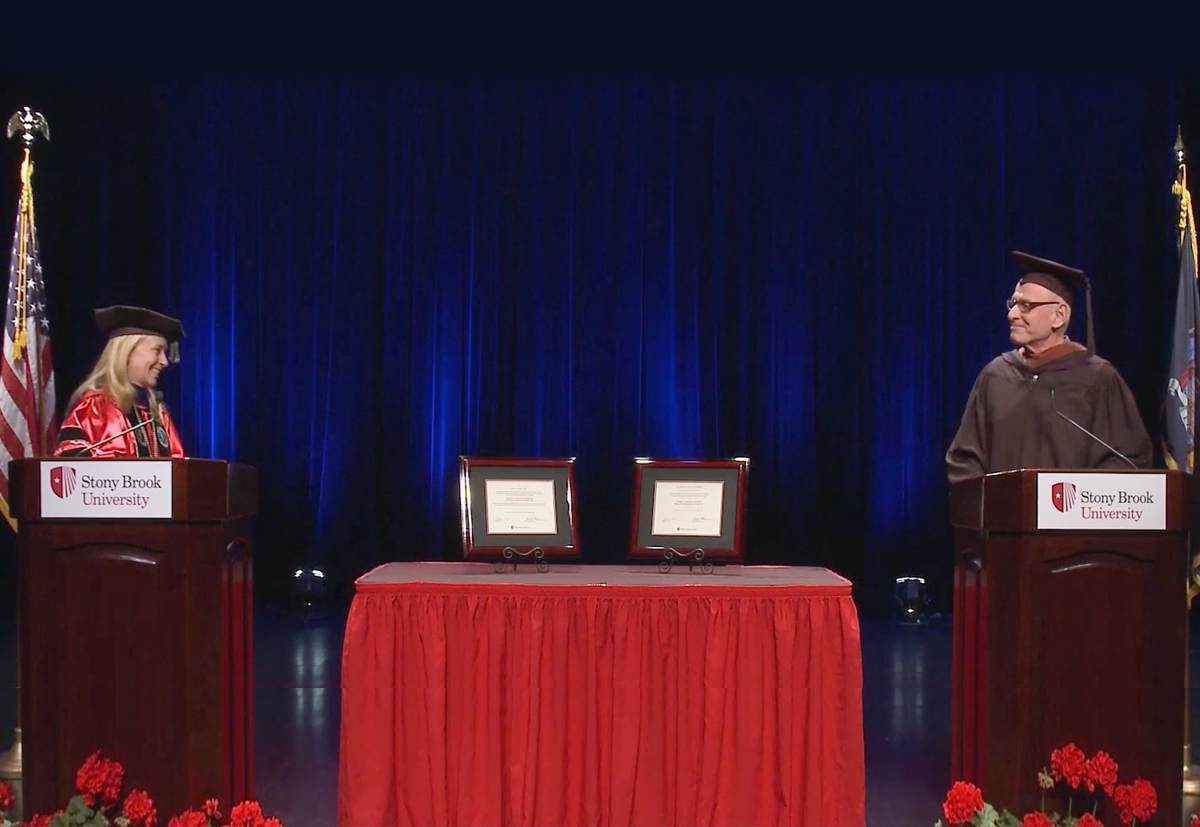 In a virtual ceremony, Shimon Attie, MFA, was formally invested as the inaugural Charles C. Bergman Endowed Visiting Professor of Studio Art in the College of Arts and Sciences at Stony Brook. From left: President Maurie McInnis and Shimon Attie. 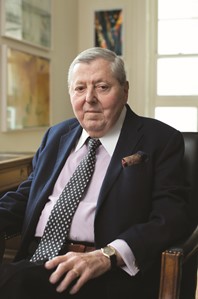 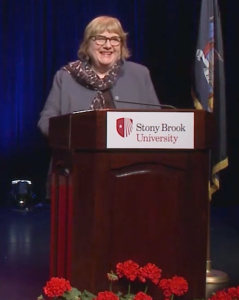 At the core of this partnership is a beautiful vision,” said Buitrago. “It involves legacy and learning. The professorship will help to extend the legacy of Pollock and Krasner. It will keep Pollock and Krasner alive in the minds of coming generations. And we also honor Charles C. Bergman’s memory and lifelong commitment to the arts.”

“The Charles C. Bergman Endowed Visiting Professor will be a leader in expression and steward of the special relationship between Stony Brook and the Foundation, organizing student and community events at the very House that Charlie Bergman and the Foundation helped preserve,” said Stony Brook University President Maurie McInnis. “I couldn’t be more proud to formally invest Shimon Attie as our Inaugural Charles C. Bergman Endowed Visiting Professor. Professor Attie knows well the critical work that expression and education can, and will, do to help us move through our contemporary world both as a collective and as individuals.” 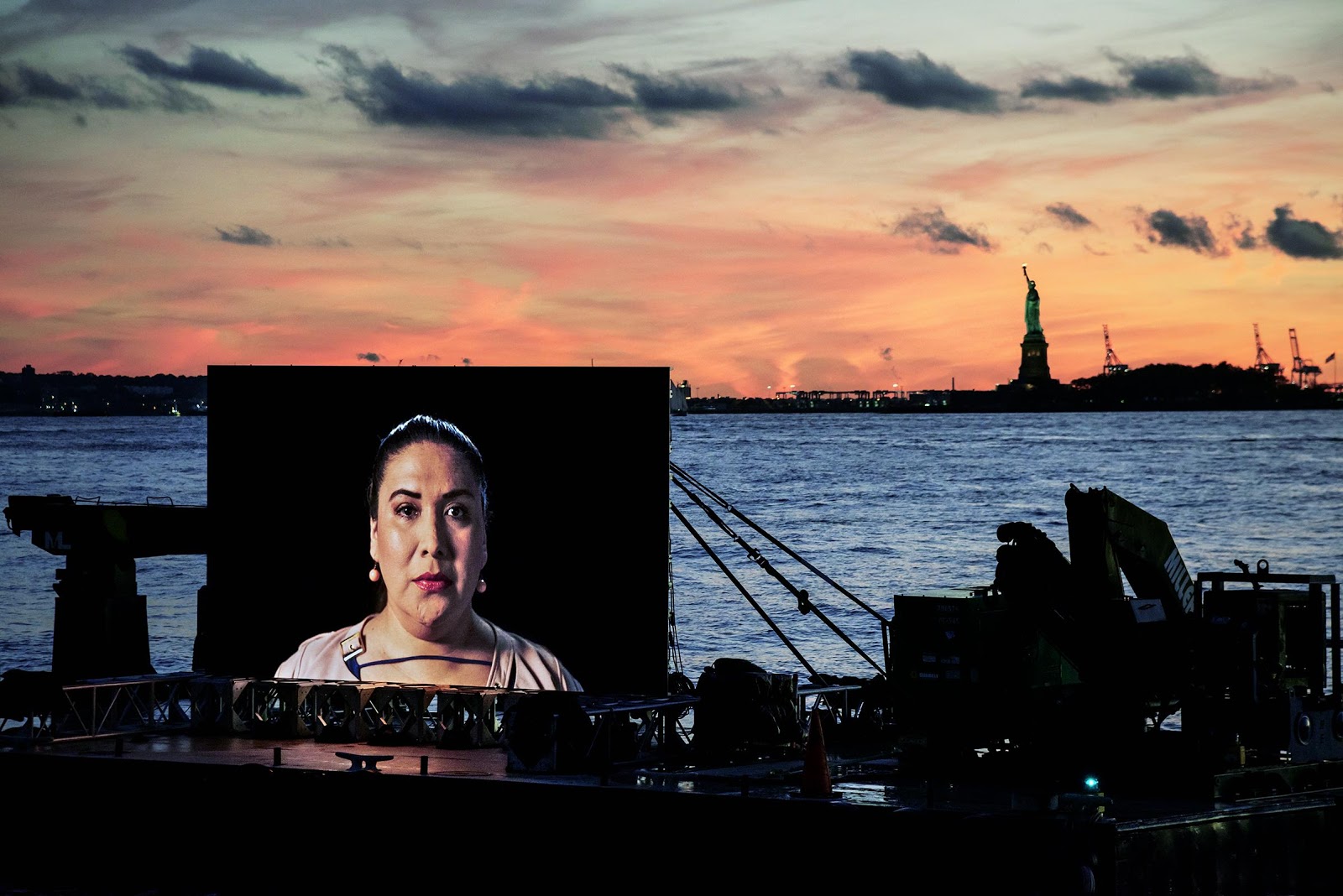 A piece from Attie’s project, titled The Night Watch, in New York City.

A recipient of the Pollock-Krasner Foundation’s coveted Lee Krasner Award, Attie has received numerous visual artist fellowships throughout his career, including from the John S. Guggenheim Memorial Foundation, the American Academy in Rome and The National Endowment for the Arts. He was inducted into the National Academy of Design in 2018.
As the Charles C. Bergman Endowed Visiting Professor of Studio Art, Attie will share his talent, vision and inspiration with the next generation of young artists at Stony Brook.
“Unfailingly generous with his advice, understanding and encouragement, Charlie cared deeply about the well-being of the artists whom the Foundation supported,” said Helen Harrison, the Eugene V. and Clare E. Thaw Director of the Pollock-Krasner House and Study Center. “It’s therefore appropriate that the Pollock-Krasner Foundation has partnered with Stony Brook to memorialize Charlie by establishing this professorship, which enables distinguished artists to mentor the next generation of creative visionaries. I know he would have been delighted that Shimon Attie is inaugurating it.”
Attie will honor Bergman’s legacy with pride and gratitude.

It is a true honor for me to be appointed as the inaugural Charles C. Bergman Endowed Visiting Professor of Studio Art,” said Attie. “The Pollock-Krasner Foundation has been a staunch supporter of my work for many years, and I’m incredibly grateful to them for the resources they have provided to me and thousands of other artists over the years, allowing us to advance our practice. I look forward to working with the University’s Pollock-Krasner House and Study Center to develop programming that supports the legacy of Lee Krasner and Jackson Pollock.”