Dr. Il Memming Park and three Stony Brook early career research colleagues took the stage and presented their high-risk, high-reward concepts to a panel of prestigious judges at the 2019 Discovery Prize competition in the Charles B. Wang Center Theatre at Stony Brook University on April 23.
Park, an assistant professor in the Department of Neurobiology and Behavior in the College of Arts and Sciences and Renaissance School of Medicine at Stony Brook University, emerged as the winner for his project which uses neurotechnologies and machine learning methods to better understand the brain trapped in unconscious states. With the prestigious award that will help advance his research thesis comes $200,000 in new funding, meant to spur future funding for Park’s research. 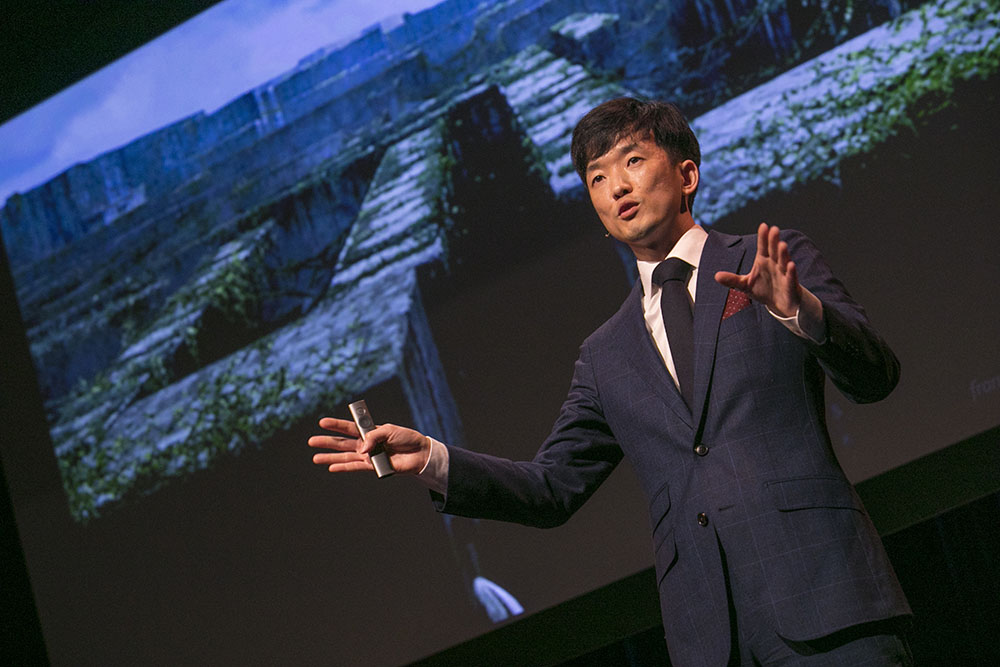 Unique to the Discovery Fund Prize competition is its aim to further the art of effective science communication through the involvement of the Alda Center for Communicating Science at Stony Brook University. To prepare, the finalists worked with the Alda Center’s public speaking experts on how to engage listeners and present their work in a compelling yet academically rigorous pitch.
The winning proposal was chosen by a distinguished panel of judges including Nobel Laureate Michael Brown, MD,  W.A. (Monty) Moncrief Distinguished Chair in Cholesterol and Arteriosclerosis Research, Regental Professor and Paul J. Thomas Chair in Medicine at University of Texas Southwestern Medical Center; Barry S. Coller, MD, David Rockefeller Professor of Medicine, Physician in Chief and Vice President for Medical Affairs  at the Rockefeller University; and James H. Simons, PhD, Chairman of the Simons Foundation, founder of Renaissance Technologies and former Chairman of the Mathematics Department at Stony Brook University.
“Our nation’s vitality and competitiveness depend on the many discoveries made at research universities,” said Samuel L. Stanley Jr., MD, president of Stony Brook University. “It is critical that we continue to support fundamental, curiosity-driven research and encourage our ambitious early-career faculty to pursue audacious ideas, which have the potential to transform lives and our understanding of the world around us.” 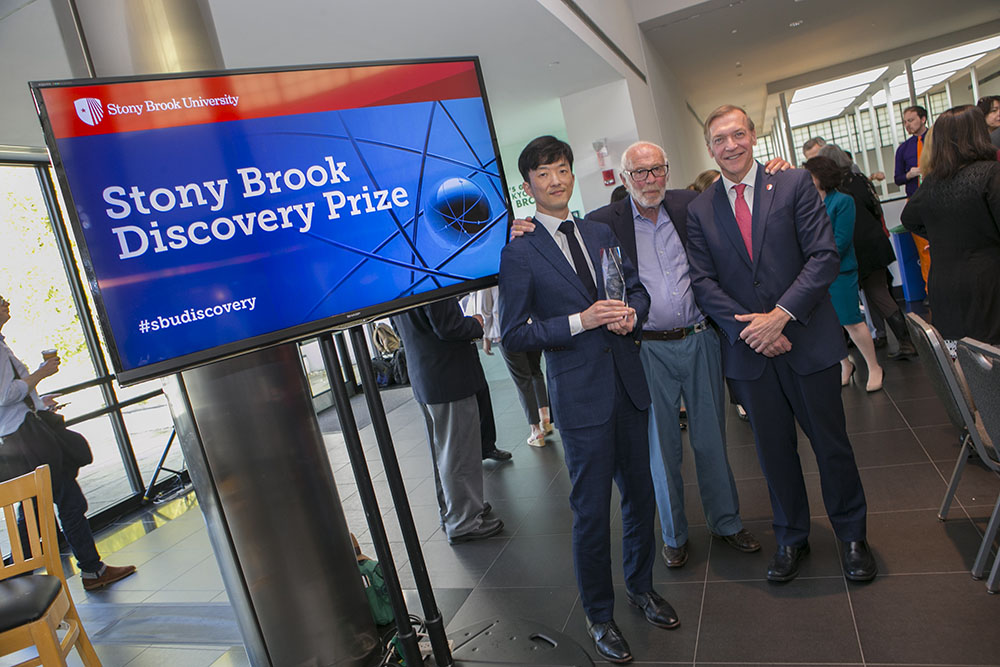 The Prize is envisioned as a pathway to capitalize on new technologies, new innovations, new ideas and the urgency to move discovery-driven knowledge forward by investing private dollars in basic research that is free of commercial or political pressures. The Discovery Prize is also a means to advance the career of a rising star on the Stony Brook faculty whose ideas may be so revolutionary and so contrary to convention that funding agencies would be unlikely to provide support.


Seven-time Emmy Award winner and Academy Award nominee Alan Alda, who is a visiting professor in the Alda Center for Communicating Science, opened the competition after having met the faculty competing for the Prize.
“I am so impressed by the Discovery Prize contestants. With the support of the Alda Center for Communicating Science, they presented their very complex research in clear and vivid language,” he said. “As research becomes more interdisciplinary and funding sources change, they will need to communicate to a variety of audiences – and they are off to a great start. These young researchers have a lifetime of discovery ahead of them, and with a grounding in empathy for their audience, we now have a better chance of understanding their important work and impact. Congratulations to these star scientists.” 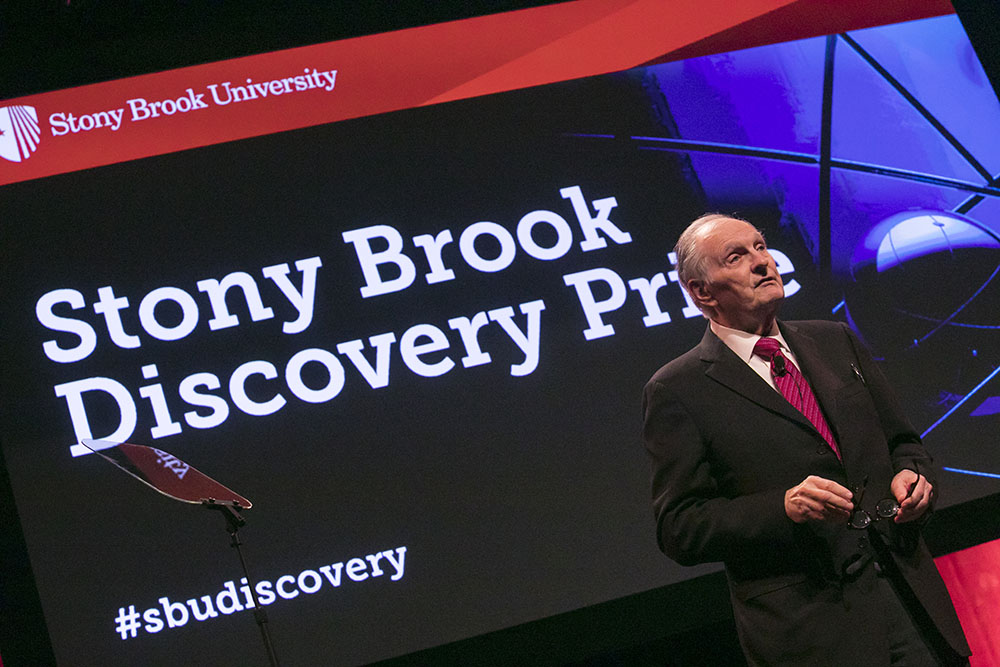 Park’s research, titled “Personalized Landscape of Unconsciousness,” aims to understand the brain at a higher level, and to use technologies and computational models to better understand and define the machine learning aspects of the brain during unconscious states. Park said he hopes to take his research to higher levels, including animals models, a key step in understanding the landscape of unconsciousness.
“I am exhilarated by winning the Discovery Prize, and the award will help me get to the next stage of my research to understand the biological systems of the brain,” he said. “I am looking forward to expanding collaborations on this research with colleagues in neurobiology, neurosurgery and other disciplines at Stony Brook University.”