The Simons Center for Geometry and Physics (SCGP) celebrated its 10th anniversary November 9 in a daylong event that took place both online and at the Center’s iconic building on the Stony Brook campus. 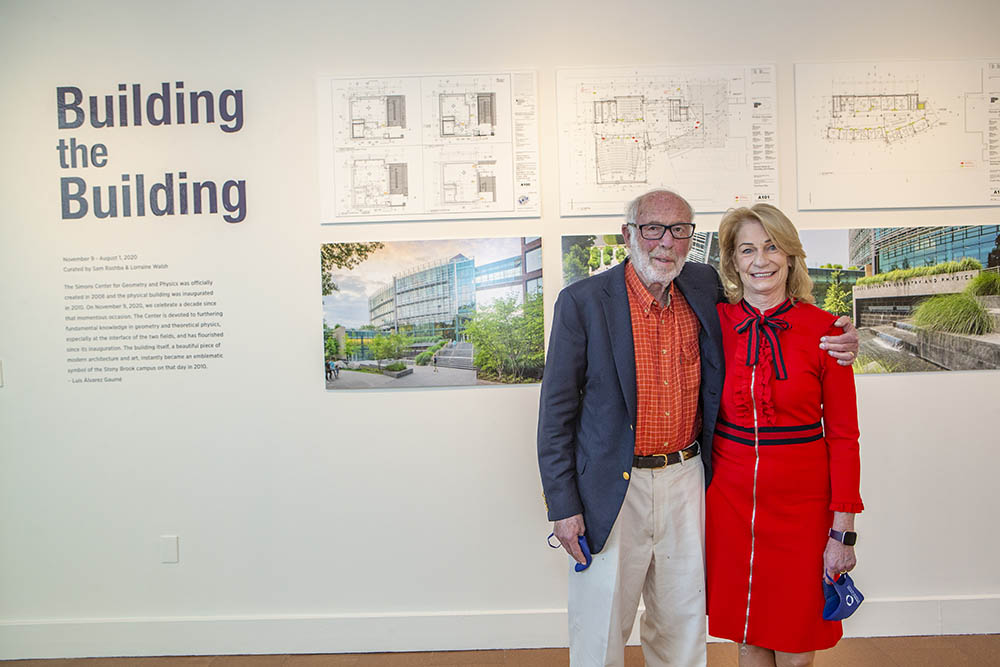 It was in March 2008 that a press conference took place in New York City to announce a $60 million gift to Stony Brook University, the largest gift in the history of the SUNY system at the time. The benefactors were mathematician Jim Simons and Marilyn Hawrys Simons ’74,’84. The Simons Center opened its doors in November 2010, and on November 9, a group of distinguished guests gathered to honor the Simons and the rich history of the Center that bears their name.
The event opened with comments by Marilyn Simons, Stony Brook President Maurie McInnis and SCGP Founding Director John Morgan. The opening welcome was followed by a series of guest lectures by experts in the field and friends of the Simons Center on topics including highlights of theoretical physics and mathematics research at SCGP, highlights of the Center’s programs and workshops over the past decade, the Simons Summer Workshop, and insights on modern math and physics. 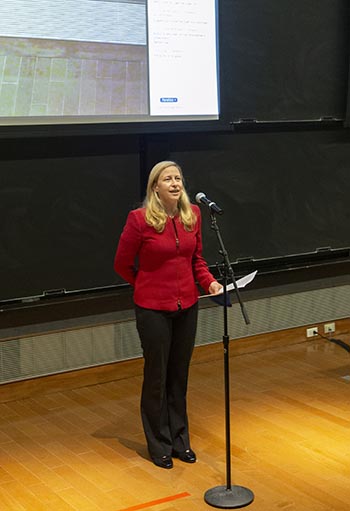 “The Simon’s Center for Geometry and Physics has been a shining initiative for 10 years,” said President McInnis in the ceremony’s opening remarks. “The Center has given the world’s most brilliant physicists and geometers an opportunity to work together, provided a unique space for interdisciplinary thought, and brought together visionaries from a wide variety of fields to collaborate. The Stony Brook community could not be more grateful to Jim and Marilyn Simons, the SCGP faculty and alumni whose brilliance in their fields and dedication to our institution has made this event, and this Center, possible.”
Marilyn Simons highlighted the state-of-the-art building that is a centerpiece of the Stony Brook campus, as well as her relationship with the University.
“The beauty of the ideas here is so well reflected in the beauty of the building itself, from its architecture to its iconic wall,” she said. “The Simons Foundation has been pleased to support the important work that goes on here. For me personally, it’s very meaningful to have the Center at my alma mater. It’s been a gift to be involved with our Foundation and the Center. I congratulate everyone who has been involved, and I wish the Center many more decades of success.”
The first seed of the initiative was planted back in 1968, when Jim Simons was appointed chair of the Department of Mathematics at Stony Brook University. After conversations with Nobel Prize winner C.N. Yang, the Albert Einstein Professor of Physics at the time and the first director of Stony Brook’s Institute for Theoretical Physics, Simons had an epiphany.
“It had become increasingly clear to me that physics and geometry were inextricably intertwined,” remembered Simons. “I thought it would be great if mathematicians and physicists had a place where they could work together. It was a nice idea, but we didn’t have much money to do something like that. All I could do was think about it.”
That would change a few years later, during which time Simons founded a successful hedge fund and started a foundation. Eventually the Simons realized they had enough money to make Jim’s dream a reality. The historic gift was announced, and the Simons Center opened in November 2010. Since then, the Center has held 49 visiting programs, more than 150 workshops, and many other events that have involved more than 3,500 participants from around the world. Today the Center has its own faculty carrying out research in many areas, hosts a dozen workshops every year, and welcomes scientific proposals from all over the world. 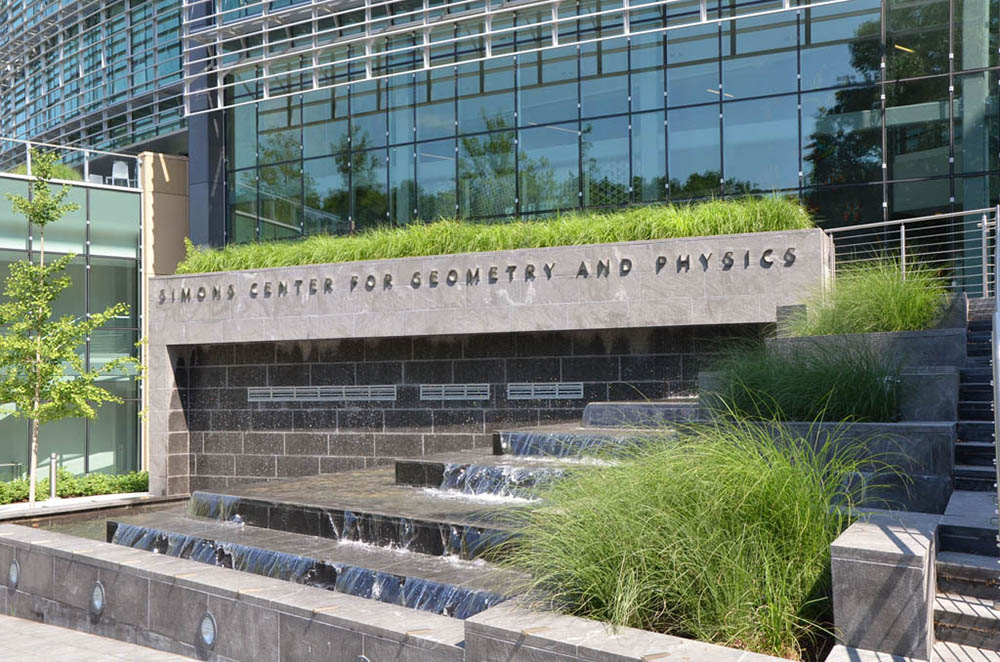 “A decade from now, we will have a better perspective to assess the achievement fostered by the SCGP,” said Luis Álvarez-Gaumé, director of the Simons Center. “I am quite certain we will be looking back in awe, and grateful for the success story of this collaboration between the Simons Foundation and Stony Brook University.”
The year after the Simons Center opened, in December 2011, the Simons Foundation presented Stony Brook with a gift of $150 million, which remains the largest gift ever given to a SUNY school. In closing the 10th anniversary celebration, Jim Simons remembered the history that led to this day and the people who helped make it possible.
“It’s gone wonderfully, and I couldn’t be happier,” he said. “When I had my vision, I was certain it would be a success. I was right.”
— Robert Emproto