Individual patients differ in their responses to treatment, and some of those differences are caused by the patient’s gender and hormones.
That was the message delivered by Anat Biegon, PhD, Professor of Radiology and Neurology at Renaissance School of Medicine at Stony Brook University, in her grand rounds talk “Gender-Based Medicine – What For and Why Now?”. Her presentation was part of the 13th annual Women in Medicine Research Day on March 6. 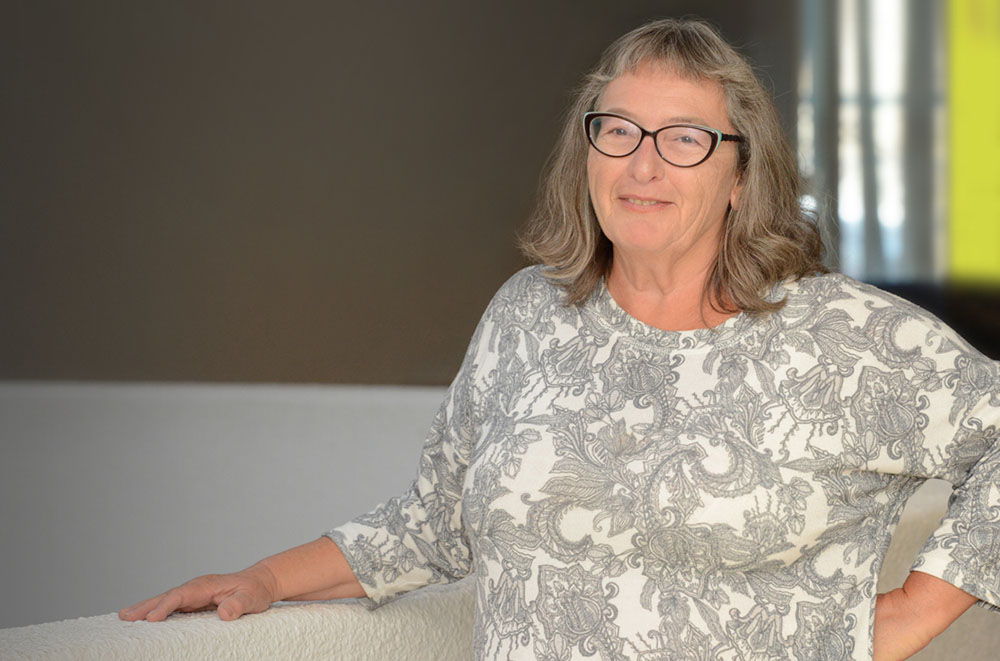 Anat Biegon, PhD, Professor of Radiology and Neurology at Renaissance School of Medicine.

For example, myocardial infarction (MI) is often misdiagnosed, or diagnosed late, in women, Dr. Biegon said. MI without chest pain is much more common in women than it is in men; women frequently present with back or jaw pain instead of chest pain. Cardiovascular disease is the number one killer of women, she said, so the diagnostic error can be deadly.
“You have to use both sex and age to study disease,” Dr. Biegon said. “It’s a complex picture, but at least it’s a true picture.”
Another example is traumatic brain injuries (TBI), which sometimes are fatal from brain edema that occurs several days after the accident that caused the injury. Dr. Biegon cited clinical studies that demonstrate that girls are four times as likely to die of a TBI than boys. But after menopause, far fewer adult women die of TBI than men in the same age group (fifty or older), she said. Similarly, when younger patients have a stroke, mortality is similar in men and women, but in older patients, women have better survival rates.
When it comes to clinical trials, Dr. Biegon said, it is essential to be aware of gender-based differences in results.
“If a woman is diagnosed with something she doesn’t have, it will skew the results of a clinical trial,” she said. She discussed progress that has been made in factoring gender into clinical trials, noting that in 1993, the U.S. Food and Drug Administration and the NIH mandated the participation of women in clinical trials. In 2015, she said, the National Institutes of Health issued a mandate requiring researchers to consider gender as a biological variable in NIH-sponsored preclinical research as well.
There is more progress that needs to be made, Dr. Biegon said. In 2013, the FDA recommended a gender-specific dose of Ambien, she said, and she called for additional recommendations regarding gender-specific doses of medications.
Being aware of gender bias in healthcare – “we all need to access our implicit bias” – is a first step, Dr. Biegon said, and she recommended creating methods of detecting such bias. “It’s a growing field of research — how to detect, quantify and possibly change gender bias regarding health,” she said.