From Math to Masks: Alumni Group Helps SBU During Crisis

As the COVID-19 crisis rapidly escalated – particularly in New York – a group of alumni watched from afar with sinking hearts. In early March, former students of Xiuxiong Chen, a professor in the Department of Mathematics, several of whom are now faculty at the ShanghaiTech University in China, were both moved and concerned enough to reach out to their former teacher and mentor to offer help.
“I always said ‘no’ because I didn’t want to trouble them,” said Chen. “However, as the situation in New York worsened, they became increasingly concerned, and I did too.” It wasn’t long before Chen welcomed their help, and assistance from another colleague as well. 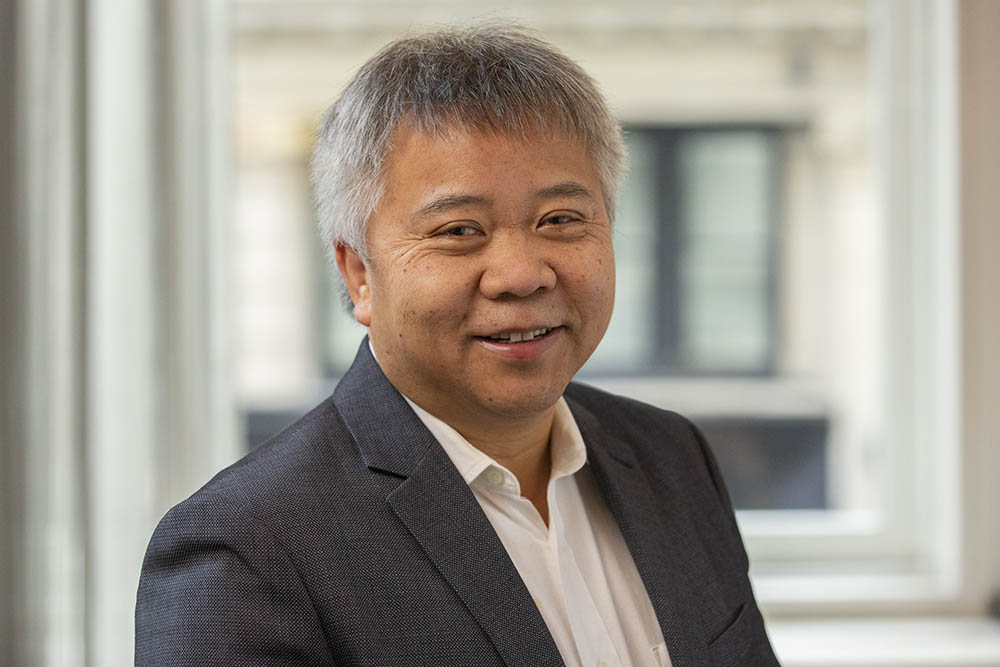 Around the same time, upon learning of Stony Brook’s critical need, ShanghaiTech University Provost Jiang Ge contacted Stony Brook Interim Provost Minghua Zhang, and they talked on Zoom about the details and logistics of providing masks and other much-needed supplies.
ShanghaiTech collaborates with prestigious universities and research institutions around the world.
“Some – like Stony Brook – became our partners,” said Yin Xiao, senior manager of international affairs at ShanghaiTech. “Professor Chen has done a great deal to connect Stony Brook and our university. We received a lot of encouragement from our partners when China was deep in the epidemic. As we recovered, our thoughts turned to them. We are very concerned for the safety and well-being of the Stony Brook community, and we hope our donation can help in some way.”
As Xiao worked to locate masks and coordinate efforts in China, a parallel eﬀort was put in motion by Professor Chen’s former students.
Bing Wang ’12, professor at University of Science and Technology of China, began seeking donations at his university; Chengjiang Yao ’15 and Li Long ’14, both professors at ShanghaiTech University, began doing the same at theirs. MingLiang Cai, a professor of diﬀerential geometry at ShanghaiTech University wanted to support his peers and began looking for a supplier.
“I was in a position to offer some help, and felt that I had to do something,” said Cai. “I have visited Stony Brook’s mathematics department and the Simons Center several times and have been an admirer of the wonderful work of many of its faculty members including Professor Chen, with whom I have been friends for many years. When I learned that Stony Brook was in need of PPE, I wanted to do what I could.”
Cai approached a close friend of his who is in the business of importing medical supplies.
“My friend has a facility in Los Angeles,” said Cai. “When he learned that we wanted to donate some masks and other PPE to Stony Brook, he offered to charge us only for cost.”
In mid-April Chen received the first donation from ShanghaiTech coordinated by Yin Xiao – a total of 2,000 N95 face masks and 200 pairs of goggles. Shortly after that, the group of mathematicians then arranged shipment of another 1,000 face masks and 13,000 surgical masks for the University. 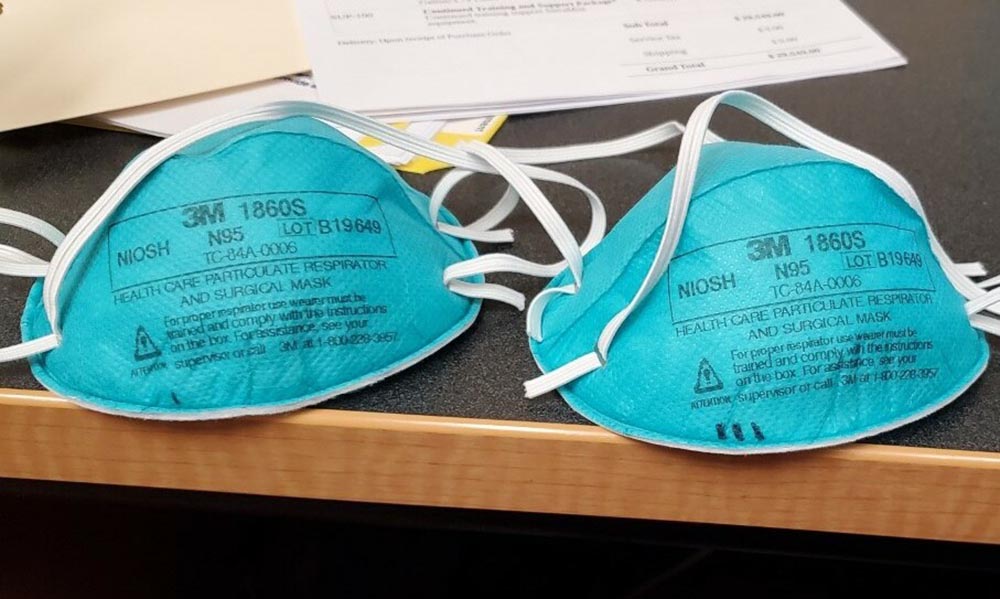 Chengjiang Yao explained the motivation behind these initiatives.
“The knowledge imparted to us, the values instilled in us, and the care given to us by our teachers and staﬀ at the math department have shaped who we are today,” said Yao. “Stony Brook will always be a part of our lives. When our alma mater is in need, we want to show our appreciation and make our contributions, however insigniﬁcant that may be.”
“It means so much to me that they made a contribution like this,” said Chen. “As their former mentor, I am very proud of how they have turned out – ﬁne scholars and ﬁne human beings. Of course, Stony Brook also played an indispensable role in that.”
“We are grateful to the alumni and friends of the math department and the Simons Center, and to ShanghaiTech,” said Interim Provost Zhang. “They offered us help when we most needed them. I met several of these alumni and friends in Zoom together with Professor Chen. Their warm sentiments and friendship to Stony Brook University are extraordinary and inspirational. This is one testimony of the global impact of the University.”