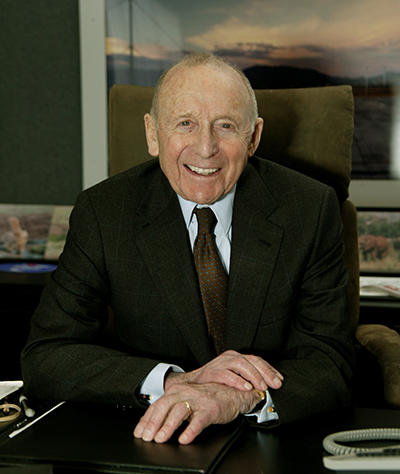 Staller, Hon. ’01, one of Long Island’s most successful commercial real estate entrepreneurs, was a Stony Brook Foundation Emeritus Trustee and CEO of Staller Associates.
“As we reflect on Erwin’s myriad contributions in time and treasure to benefit our students, faculty, staff and our community, though I will miss him dearly, I am inspired by Erwin Staller’s vision and focus, and in the knowledge that his powerful legacy will live on at Stony Brook for generations to come,” said Stony Brook University President Samuel L. Stanley Jr.
Born in 1921, Staller was an innovative entrepreneur in Long Island’s commercial real estate market. He was a WWII veteran and served five years in the U.S. Army. In 1988, Erwin Staller and the Staller family gave the University its first million-dollar donation, a $1.8 million gift to what became the Staller Center for the Arts, helping create a foundation for the Staller’s legacy of philanthropy at Stony Brook University spanning 35 years.
The Stony Brook University Fine Arts Center was named Staller Center for the Arts in memory of Erwin’s parents, Max and Mary Staller. Erwin and his wife Pearl, whom he affectionately called “Freddie,” and Erwin’s children generously funded the “Staller Scholars,” providing scholarships for graduate music students pursuing doctorates in the Stony Brook University Department of Music. 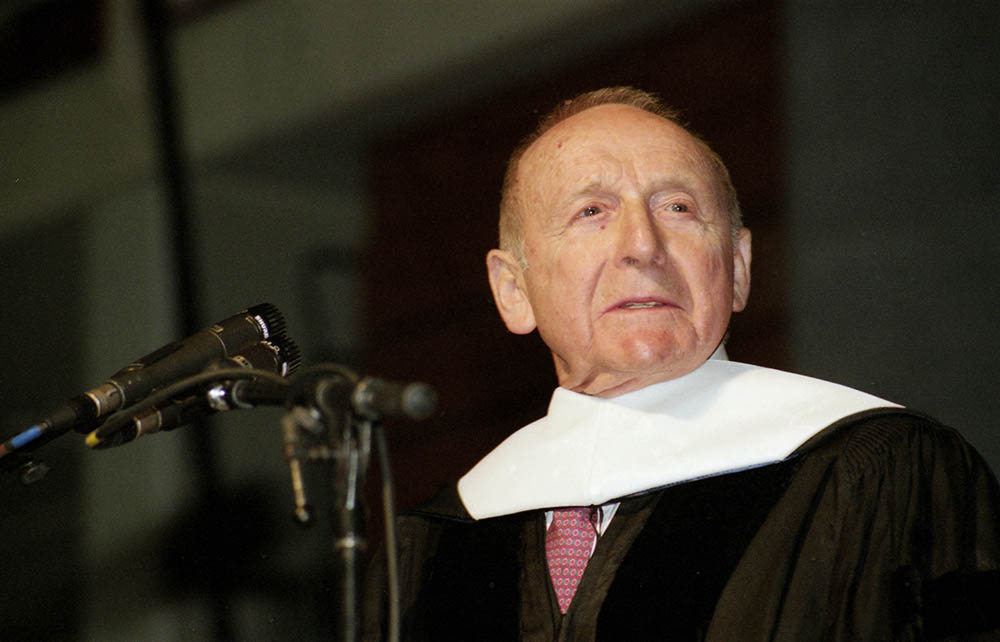