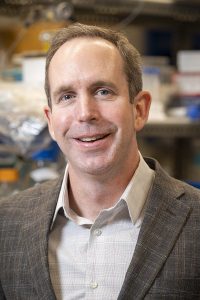 Four members of the Stony Brook University faculty have been selected as 2022 Alfred P. Sloan Research Fellows.
Michael Airola, Eszter Boros, Jennifer Cano and Prerana Shrestha were among 118 early-career scholars from across the United States and Canada to be recognized by the Sloan Research Fellowship Program, which rewards outstanding early-career faculty who have the potential to revolutionize their fields of study. The fellowships seek to stimulate fundamental research by scientists and scholars of outstanding promise.
These two-year, $75,000 fellowships are awarded yearly to early-career researchers in recognition of distinguished performance and a unique potential to make substantial contributions to their field.
“Over the years, Stony Brook University has seen several faculty receive the prestigious Sloan Research Fellowship, and this is the first time four of our remarkable junior faculty have earned this honor,” said Stony Brook University President Maurie McInnis. “My warmest congratulations to Drs. Airola, Boros, Cano and Shrestha for being recognized for their outstanding early career performance. We are fortunate to have these rising stars among our community, each of whom has made significant contributions to their respective fields and have proven to be valuable additions to their departments and our university. I look forward to seeing their scholarly efforts evolve over the next several years.” 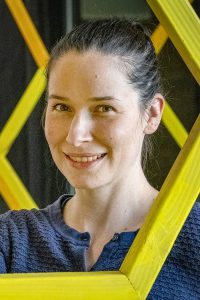 “A Sloan Fellowship is one of the most prestigious and competitive awards available to early-career researchers,” said Interim Provost Mónica Bugallo. “We are extremely proud of Drs. Boros, Cano, Shrestha and Airola and their well-deserved achievements and recognition by the Sloan Foundation of their potential to make significant and groundbreaking contributions to their fields. These faculty members are setting new standards of excellence and represent what our great university stands for.”
Learn more about the fellowship winners at the Faculty Pathways website.
Michael Airola, assistant professor in the Department of Biochemistry and Cell Biology in the College of Arts and Sciences, was named a Fellow in Chemistry.
The Airola lab at the Stony Brook Cancer Center studies lipid metabolism with a specific focus on enzymes that modify lipids and are relevant to cancer, cardiovascular disease and fungal infections. The goals of this research are to understand how the shape of these proteins determines their function and to develop small molecule inhibitors that can be used to treat disease. Notable achievements include the determination of the first structures of human phospholipase D, which is a therapeutic target for cancer, and a lipin phosphatidic acid phosphatase that regulates fat storage as triglycerides. 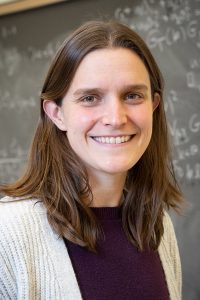 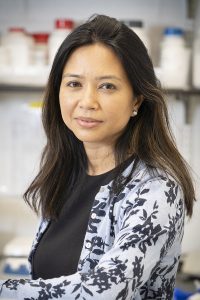 Prerana Shrestha, an assistant professor in the Department of Neurobiology and Behavior in the Renaissance School of Medicine, was named a Fellow in Neuroscience.
Shrestha joined Stony Brook University as a tenure-track faculty in January 2021. She and her team work on elucidating protein synthesis dynamics in functionally coherent cell populations in healthy brains and in the diseased brain state of tuberous sclerosis complex. Her lab is interested in understanding the molecular and cellular basis for learned and innate emotional behaviors, and how these may be dysregulated in neuropsychiatric disorders. Her lab takes a multidisciplinary approach of combining mouse transgenesis with state-of-the-art chemogenetics, pharmacology, biochemistry, proteomics, histology, imaging and behavior.
Awarded annually since 1955, Sloan Fellowships honor researchers whose creativity, innovation and research accomplishments make them stand out as the next generation of scientific leaders. Renowned physicists Richard Feynman and Murray Gell–Mann were Sloan Research Fellows, as was mathematician John Nash, one of the fathers of modern game theory.
Recent recipients of the Nobel Prize in Physics have included three former Fellows: Andrea Ghez (2020), James Peebles (2019) and Donna Strickland (2018). In fact, 51 Fellows have received a Nobel Prize in their respective field, 17 have won the Fields Medal in mathematics, 69 have received the National Medal of Science, and 20 have won the John Bates Clark Medal in economics, including every winner since 2007.