Engineering and Medicine: A Symbiosis That Promises Real-World Miracles

A newly released report on the economic impact of Stony Brook University sets forth compelling numbers reflecting the University’s role as a catalyst for economic development and progress. Yet numbers alone can only tell part of the story.

The article below is the first in a series highlighting people and stories that reflect the real-world impact of Stony Brook’s commitment to innovation.

The future of medicine
“The future of medicine will be the convergence of computers, nanotechnology, sensors, and new materials with biology and medicine,” says Fotis Sotiropoulos, Dean, College of Engineering and Applied Sciences at Stony Brook. “This brings with it the possibility to greatly improve clinical care and outcomes.” 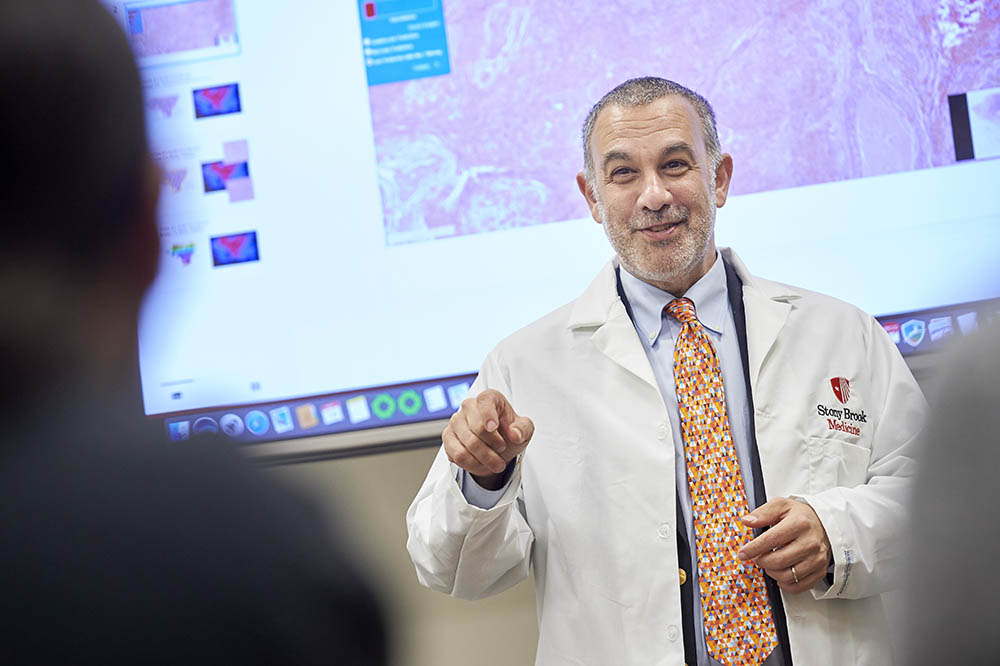 Dr. Joel Saltz is a pioneer in the field of biomedical informatics.

In anticipation of that future, Stony Brook in 2017 procured a $75 million state grant for a new institute where new medical devices and treatments will be developed and commercialized. The building, an approximate 60,000-square-foot complex, will house the Institute for Engineering Driven Medicine. Expected to be completed by August 2021, the center is projected to bring 150 jobs into the local economy.
But the potential impact of Stony Brook research on the community, and the world, transcends mere numbers. Operating in the intersection of engineering and biomedical sciences, scholars and physicians are working on technology that could revolutionize patient care. 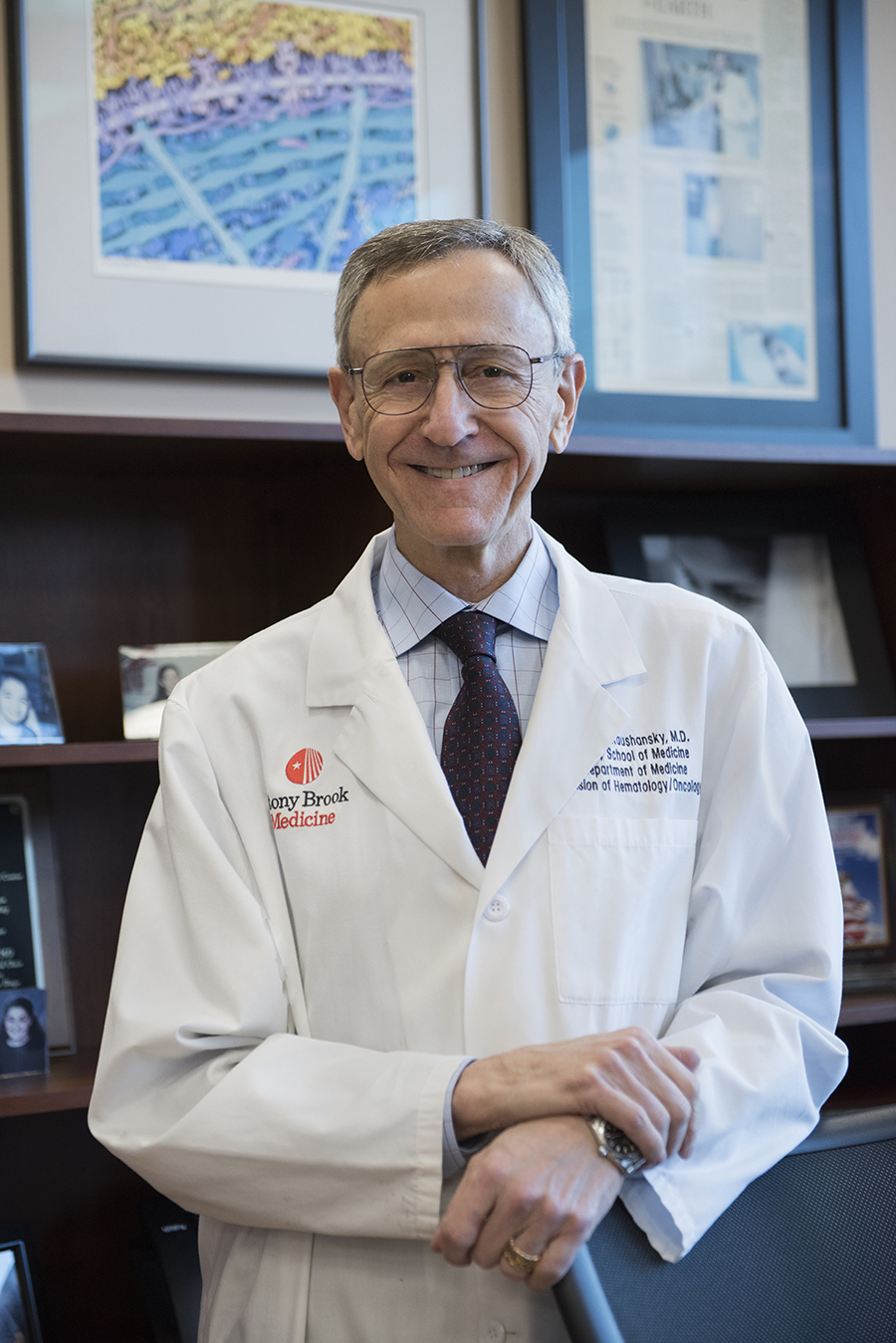 “Medicine has relied almost exclusively on biology and genetics as clues to the rational design of new and improved therapies,” says Kenneth Kaushansky, M.D., Senior Vice President for Health Sciences, and Dean of the Renaissance School of Medicine at Stony Brook University. “I do not believe that the term quantitative medicine is an oxymoron – instead, we must embrace the physical sciences, especially engineering, to solve contemporary challenges facing medicine.”
Stony Brook has a long tradition of combining engineering and medicine. When Kaushansky came to Stony Brook in 2010, he worked with CEAS to create a new department, biomedical informatics, designed to bring mathematical rigor to medical issues, preparing Stony Brook to take every advantage of deep learning from huge data sets. This new department was founded by Joel Saltz, an MD pathologist who also holds a PhD in computer sciences.
When Sotiropoulos arrived at Stony Brook in 2015, he soon recognized that faculty across all parts of the campus were engaged in medicine, and wanted to work with Kaushansky to build upon that base. The challenge was centralizing these efforts and leveraging the considerable expertise at hand.  Sotiropoulos cites digital pathology as an example to illustrate the point.
“Today physicians view microscopic images to determine if a tissue is cancerous, but it’s not a perfect science,” he says. “However, there are algorithms that can digitally analyze more information than any human being can. When you add the expertise of a doctor to the information provided by the algorithm, we can improve outcomes dramatically. Each discipline improves what either could do individually.”
“This is precisely what biomedical informatics researchers working with computer scientists can do, and an area in which we have become a national leader,” added Dean Kaushansky. Dr. Saltz, who founded the department of biomedical informatics, was appointed as the founding director of the Institute of Engineering Driven Medicine in April 2019.
Sotiropoulos says the goal is not just to accumulate data. It’s also about discovering new ways to examine and connect the data. 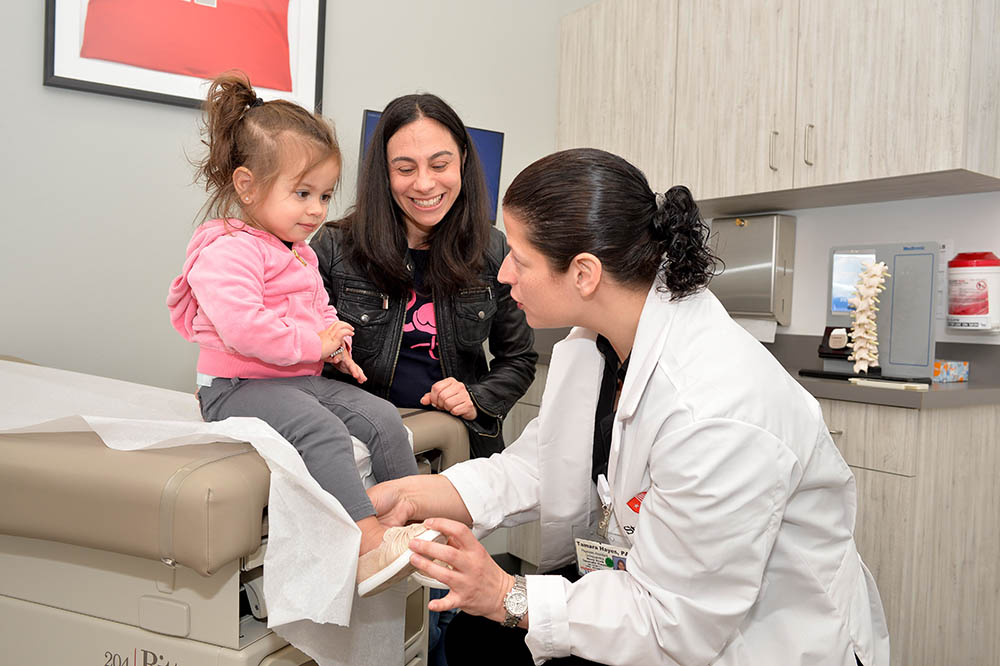 “Let’s take opioid addiction, something that has been a particular problem here on Long Island,” he says. “Modern informatics can not only help in analyzing it, but it can also connect it to other parts of the community. Is this person connected to a pharmacy? Are they being treated somewhere? Is there some overlap we should be aware of? We’ll be able to get a more comprehensive overview of a patient’s total situation than we ever could before.”
Regenerative Medicine
Examples cited earlier would seem to be a logical extension of the pervasively connected world we live in. Other breakthroughs on the horizon more closely resemble science fiction — like regenerative medicine.
In 1954 Joseph Murray performed the world’s first kidney transplant, and in 1957 E. Donnell Thomas published a seminal paper establishing his use of bone marrow transplantation to cure leukemia. Murray and Thomas shared the 1990 Nobel Prize in Medicine for these pioneering works. Heart transplantation, liver transplantation, pancreatic transplantation and other donated organs soon followed, as a treatment for the various organ failure states.
“We are now facing a global shortage of human organs for transplantation with scores of individuals dying each day waiting for a lifesaving organ,” says Kaushansky. On that front, Sotiropoulos reports that we are getting closer to having the capability to print organs with a 3D printer.
“We’ll actually be able to produce things like valves and skin for transplant,” he says. “This is a huge area.” 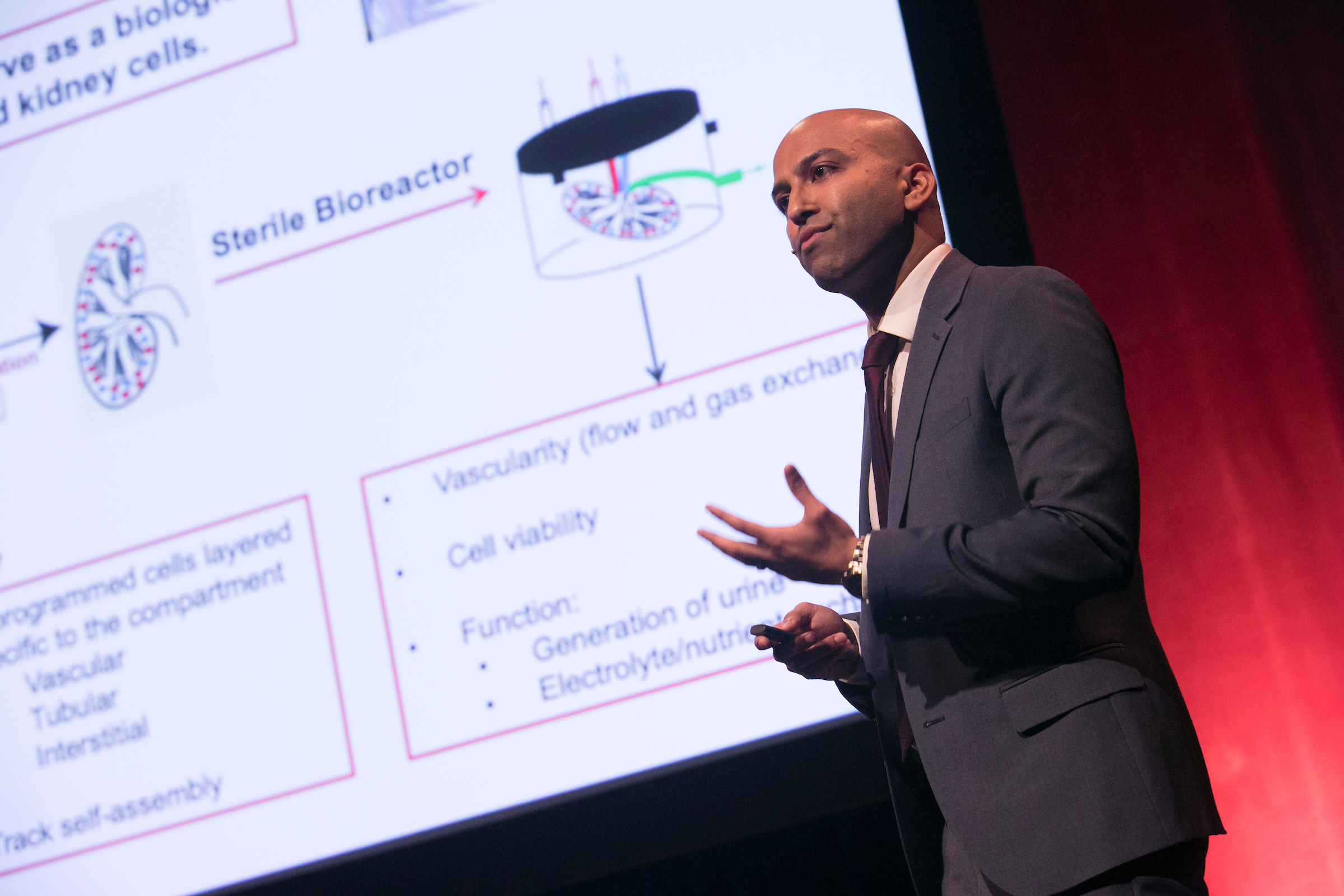 In the School of Medicine, Dr. Sandeep Mallipattu and his colleagues are currently working to identify molecular mechanisms that could play a key role in fighting the most common types of kidney disease. These efforts might one day help open the door to actually “building” a functional kidney.
Using transcription factor biology, Dr. Mallipattu has the technology in his lab to harvest cells from patients and generate various types of new kidney cells at the microscopic level. These healthy cells can then be grown in a petri dish with some organization into 3D structures called organoids. Moving forward, the scientific community will need to uncover how to organize the cells into a more useful structure before they can be used to treat patients.
“We’re working on groundbreaking research to combine these organoids with what we call biological scaffolds to organize the cells into a structure that can be implanted,” Dr. Mallipattu explains. “By promoting self-assembly of these newly generated cells on biological scaffolds, we hope to build a human kidney suitable for transplantation.”
Peer a little further into this future and you’ll see nanoscale robots — devices that can actually travel through the body and interact with cells.
Therapeutic Nanoscale Robots? 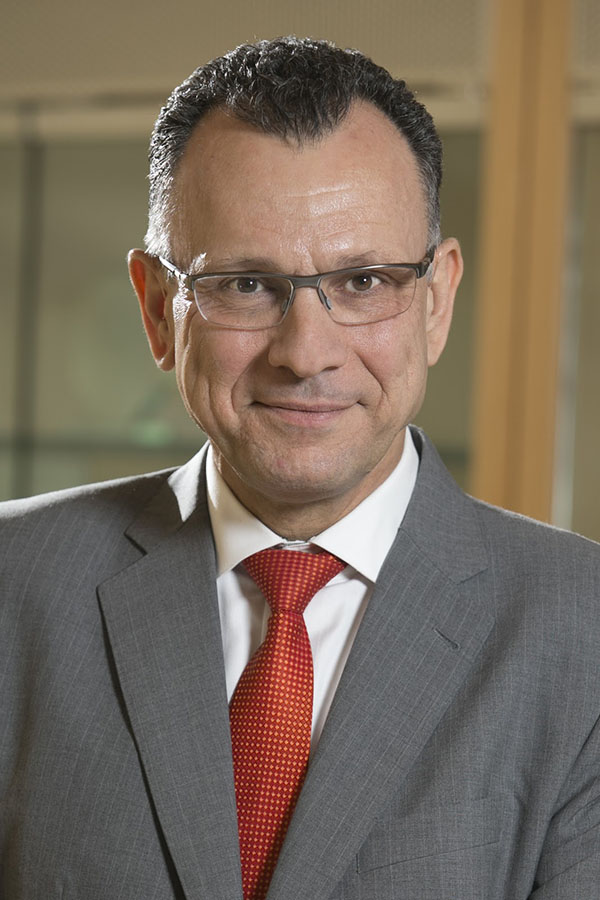 “Imagine such ‘robots’ embedded in the brain to help treat Alzheimer’s and depression,” says Sotiropoulos. “Spinal surgery is another example where engineering-driven medicine can make an impact. Today it’s common for surgeons to actually put screws in the spine. But now we’re talking about the possibility of implanting bionic devices made with advanced materials that actually interact and work with your spine.”
Sotiropoulos addresses another area that is getting an increasing amount of international attention, AI — Artificial Intelligence — and its impact on patient care.
“Imagine going to a doctor and they have all your relevant data readily available,” he says. “Picture an algorithm developed specifically for you. Today everybody is a specialist…nobody can look at everything. But an algorithm can do exactly that.”
“Modern medicine has advanced significantly since the days when 99 percent of all drugs to treat human disease were discovered by pure serendipity,” said Kaushansky, adding, “we are entering a new era in medicine — coupling engineering to medicine — and Stony Brook University intends to lead this revolution in convergence science.”
— Robert Emproto