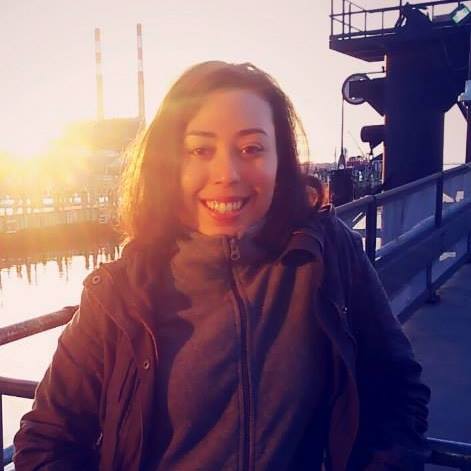 Suriel is a PhD candidate in the Department of History. Her dissertation is titled Campus Eyes: University Surveillance and the Policing of Brown and Black Student Activism in the Age of Mass Incarceration, 1960-1990.

The Council of the AERA established the fellowship program to provide support for doctoral dissertation research, to advance education research by outstanding minority graduate students, and to improve the quality and diversity of university faculties. This program offers doctoral fellowships to enhance the competitiveness of outstanding minority scholars for academic appointments at major research universities. It supports fellows conducting education research and provides mentoring and guidance toward the completion of their doctoral studies.

“My dissertation tells the story of how universities historically weighed their desire to be productive spaces for social justice against the nation’s growing impulse toward law and order,” Suriel said.

“The late 1960s and early 1970s were a moment of transformation as universities needed to reassess how law enforcement policed university space,” she added. “In 1967, the Houston police department fired thousands of shots at Black protestors at Texas Houston University. In 1970, the Mississippi police department opened fire on a women’s dormitory at Jackson State College, killing two students and injuring twelve others. In 1971, the Buffalo City Police department occupied the SUNY Buffalo campus for several weeks in order to restore after a student-athlete strike. As student protests continued to expand, state and national legislature quickly pressured universities to get their campuses “under control.” As a result, universities often established their own police departments leading to contested debates over the arming of officers. Many of these debates continue today as many universities across the country including Portland State University, Suffolk University, and John Hopkins University are currently exploring whether or not to arm their police officers.”

Suriel’s area of expertise lies in investigating the intersections of mass incarceration and higher education. Her teaching interests include the history of prisons, policing, and civil rights, as well as African-American history and Latino history. Suriel received her undergraduate degree in political science from Stony Brook. She is the daughter of immigrants from the Dominican Republic and is originally from the Bronx, New York.

“Although I was always interested in issues of social justice, my particular interest in civil rights and mass incarceration started with a history class I took as a junior here at Stony Brook. I took a course, taught by Professor Robert Chase, which at the time was called “Making Peace With the Sixties” but is now called “The Unsettled Decade.” That course exposed me to ideas of civil rights in a way that really stuck with me. I found myself talking about his lectures well after I walked out of class,” Suriel said.

“What made Yalile such a strong candidate for the Minority Dissertation Fellowship in Education Research is how her personal experience as a student leader in/for diversity and as a student leader to promote a diverse campus, has informed her research,” said her academic advisor, Robert Chase, associate professor in the Department of History and author of We Are Not Slaves: State Violence, Coerced Labor, and Prisoners’ Rights in Postwar America (UNC, 2020). 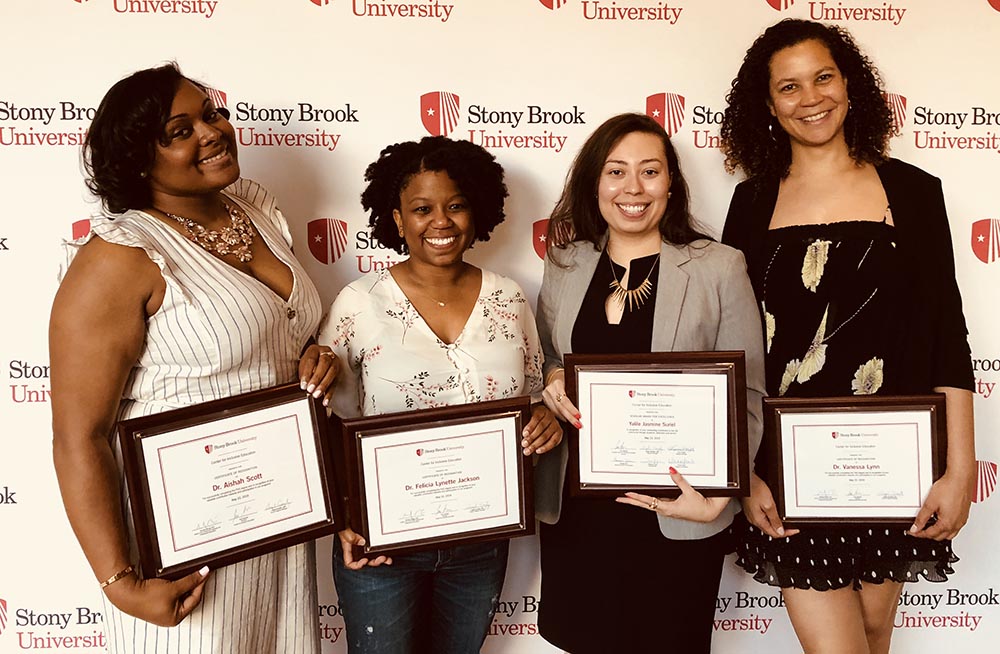 Suriel, second from right, with mentors at the CIE Awards Ceremony 2019

“I first met Yalile as an undergraduate student when she excelled in three of my courses. Hailing from a working-class and largely Latinx Bronx community, Yalile’s background is typical of the first-generation college student we have at Stony Brook, but what made her stand out so immediately to all her teachers was her intellectual sophistication combined with her fervent commitment to diversity,” he said. “In her first year of graduate study in the Department of History, she won the department’s best teaching award and she has since taught her own courses on the history of the civil rights and Black Power movements.

Drawing on her familiarity with a variety of campus offices and organizations, Suriel has actively sought to develop campus-networking through mentorship and a conscious effort to serve as a leader who “develops leadership in others,” which is an educational and organizing concept that she learned through her study of Ella Baker and the Student Nonviolent Coordinating Committee (SNCC),” Chase added.

“Her scholarship, student leadership and commitment to campus diversity has already won a number of competitive awards and grants, including the Dean’s Alumni Award, the Turner Fellowship and Research Grants, and the Community Service Award from Stony Brook University’s Hispanic Heritage Committee. I have watched Yalile develop from a quiet but studious undergraduate student to an intellectually gifted and committed PhD student who takes her scholarship, professionalization, and commitment to diversity seriously,” he said.

Suriel said: “I have benefitted from an incredibly supportive dissertation committee — Dr. Chase, Dr. Lori Flores, and Dr. Nancy Tomes. In different ways, each of them have mentored me and pushed me to think critically about these issues. Through our conversations, each of them have made the project stronger and took a real interest in my professional development.” She also credits her colleagues who continue to serve as crucial mentors throughout the doctoral journey.

“Furthermore, the Center for Inclusive education has been such a tremendous space of support. The staff at the CIE is truly incredible. The work they do is unmatched and makes such a big difference in the experience of under-represented scholars here at Stony Brook.”