From the rooftop of the decommissioned Brookhaven Graphite Research Reactor (BGRR) at the U.S. Department of Energy’s (DOE) Brookhaven National Laboratory, the Health Sciences Tower at Stony Brook University — approximately 13 miles away — is clearly visible. With this clear line of sight, scientists at Brookhaven Lab and SBU hope to establish a quantum channel over which single particles of light (photons) can be sent between the two institutions in open air. 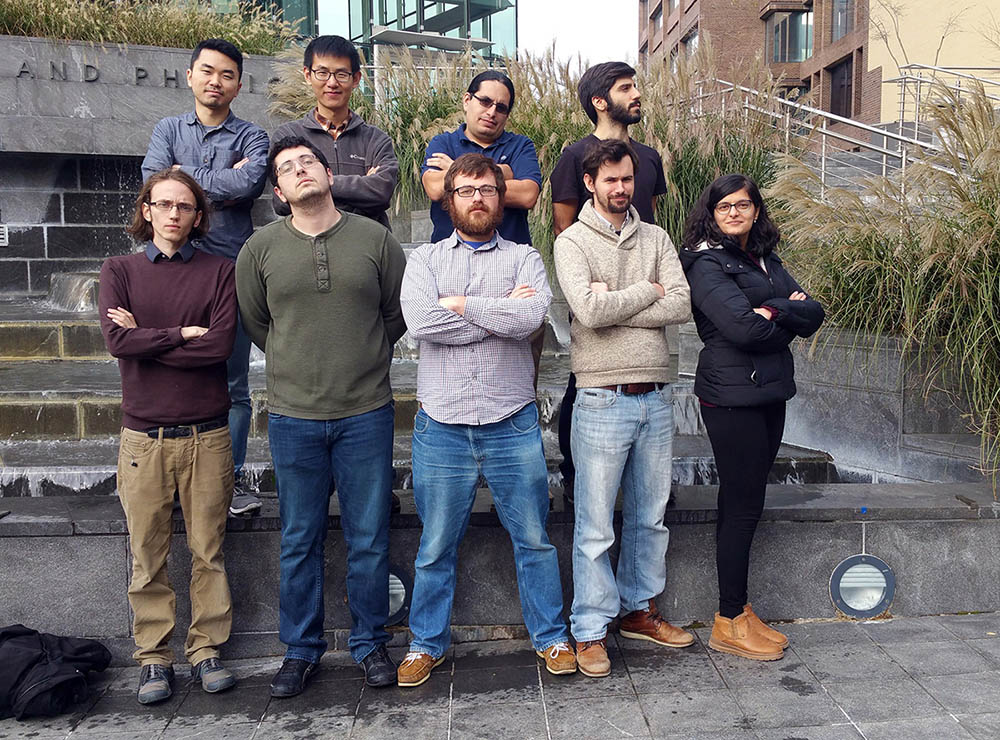 Following this proof-of-concept demonstration, they want to scale the network to operate over longer distances through the fiber-optic cables that support much of our telecommunications and data networking today. Building such a quantum internet would not only provide more speedy, reliable, and secure information transfer but also help connect geographically distributed quantum computers to solve complex problems in science and other areas.
“It would be prohibitively expensive to build a new infrastructure just for quantum networking,” explained Dimitrios Katramatos, a technology architect in Brookhaven Lab’s Computational Science Initiative (CSI). “Updating existing connections so that they are quantum enhanced is more feasible from this perspective. But the question is, how do we do that?” 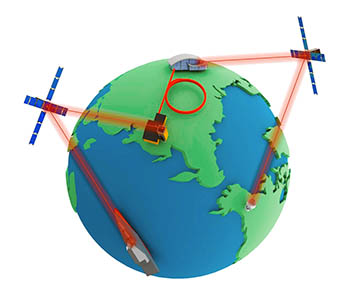 Because of losses introduced during transmission, direct quantum communication in fiber-optic cables is currently limited to distances of about 100 miles. Building a true global quantum network will require the development of technology to regenerate the quantum signals.

Eden Figueroa—who holds joint appointments as a scientist in Brookhaven Lab’s Instrumentation Division and CSI, and as a professor in SBU’s Department of Physics and Astronomy and head of the Quantum Information Technology Group—has some ideas. Since his PhD days, he has been developing the devices necessary for a quantum internet. These technologies include room-temperature quantum memories—the main elements necessary to store and retrieve quantum information—based on rubidium atoms, and quantum repeaters for extending the range of signal transmission.
“We’re now at the point where we have all of the components necessary for a quantum network and are ready to start building one and testing its performance for different communication tasks,” said Figueroa, who is also the scientific lead at the small business Qunnect, which is developing and commercializing the room-temperature quantum memories.
Figueroa first began collaborating in this area with Brookhaven Lab nearly two years ago when he met Andrei Nomerotski, a physicist in the Lab’s Cosmology and Astrophysics Group, at a workshop focused on silicon detectors. At the time, Nomerotski was building an ultrafast camera called TimepixCam in his Fast-Imaging Lab in Brookhaven’s Physics Department. This camera, which has since been upgraded to Tpx3Cam, has a silicon sensor that efficiently converts incoming photons into readable signals and a readout chip—developed at the European particle physics laboratory CERN—that measures time with nanosecond resolution. Equipped with an appropriate image intensifier, Tpx3Cam is capable of imaging single photons. With this capability, Tpx3Cam can be used to image pairs of entangled photons, which many scientists believe are prime candidates for qubits—quantum bits, the counterpart of the binary bits (which have a value of either a 0 or 1) that carry information in today’s computers. But the first step in exploring this possibility is determining whether the photons are entangled in the first place. Here is where the Brookhaven and SBU scientists think the camera can be useful.