New data from the STAR experiment at Brookhaven National Laboratory‘s Relativistic Heavy Ion Collider (RHIC) add detail—and complexity—to an intriguing puzzle that scientists have been seeking to solve: how the building blocks that make up a proton contribute to its spin.  Jinlong Zhang, a postdoctoral associate at Stony Brook University, was part of the team.
The results, just published as a rapid communication in the journal Physical Review D, reveal definitively for the first time that different “flavors” of antiquarks contribute differently to the proton’s overall spin—and in a way that’s opposite to those flavors’ relative abundance. 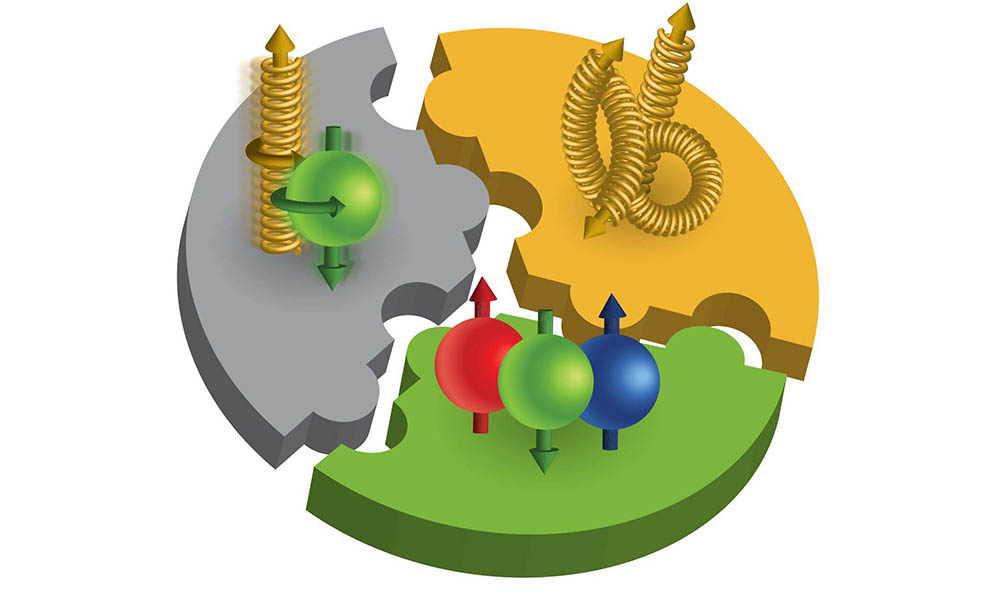 The proton spin puzzle: Scientists want to know how different constituents of the proton contribute to its spin, a fundamental property that plays a role in how these building blocks give rise to nearly all visible matter in the universe. Pieces of the puzzle include the orbital angular momentum of quarks and gluons (top left), gluon spin (top right) and quark and antiquark spin (bottom). The latest data from RHIC reveal that the antiquarks’ contribution is more complex than previously thought.

“This measurement shows that the quark piece of the proton spin puzzle is made of several pieces,” said James Drachenberg, a deputy spokesperson for STAR from Abilene Christian University. “It’s not a boring puzzle; it’s not evenly divided. There’s a more complicated picture and this result is giving us the first glimpse of what that picture looks like.” 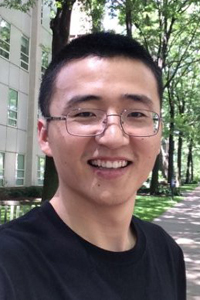 It’s not the first time that scientists’ view of proton spin has changed. There was a full-blown spin “crisis” in the 1980s when an experiment at the European Center for Nuclear Research (CERN) revealed that the sum of quark and antiquark spins within a proton could account for, at best, a quarter of the overall spin. RHIC, a U.S. Department of Energy Office of Science user facility for nuclear physics research at Brookhaven National Laboratory, was built in part so scientists could measure the contributions of other components, including antiquarks and gluons (which “glue” together, or bind, the quarks and antiquarks to form particles such as protons and neutrons).
Antiquarks have only a fleeting existence. They form as quark-antiquark pairs when gluons split.
“We call these pairs the quark sea,” Drachenberg said. “At any given instant, you have quarks, gluons, and a sea of quark-antiquark pairs that contribute in some way to the description of the proton. We understand the role these sea quarks play in some respects, but not in respect to spin.”
Brookhaven National Laboratory (BNL) is a multipurpose research laboratory housing large, state-of-the-art facilities such as RHIC, NSLS-II, and the Center for Functional Nanomaterials. Stony Brook is a partner in Brookhaven Science Associates LLC, managing the Laboratory for the Department of Energy. Located less than 20 miles from campus, Brookhaven provides many opportunities for collaborative research efforts.