The road to any dream can be long and winding, and the dreamer rarely knows how long the road will be. Analise Buker ’21, however, knows exactly how far away she is from her dream: 55 miles, the distance between Stony Brook University and Madison Square Garden.
“My dream is to perform at Madison Square Garden,” said the music major, who performs professionally as Annelise. “I’ve been dreaming of it since I was little.” 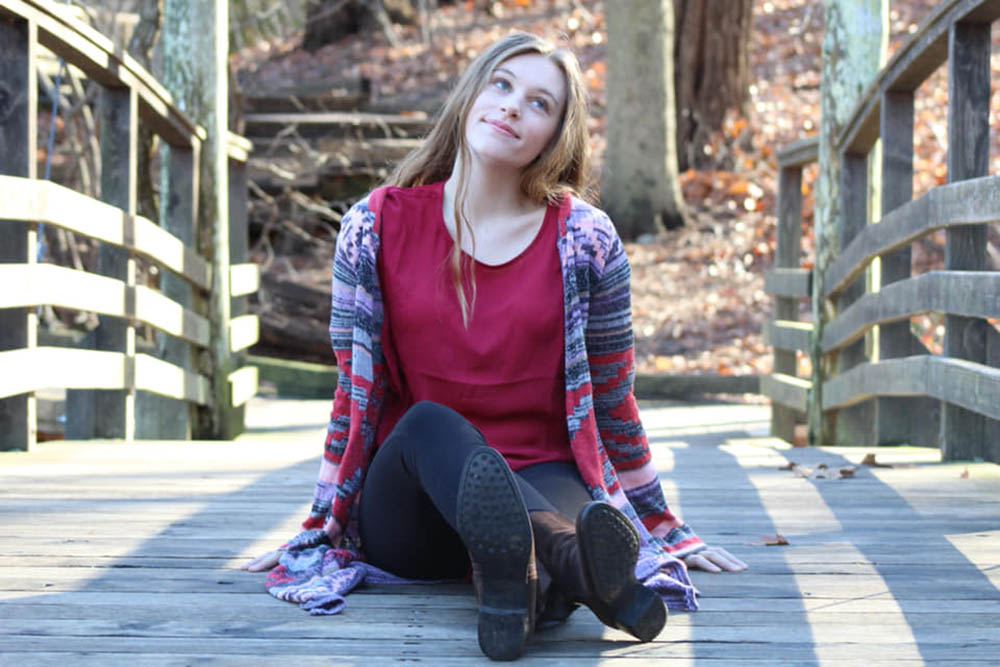 A junior with two singles and a growing list of appearances under her belt, she is steadily carving her own path to stardom in hopes of following in the footsteps of another one-time Stony Brook student named Pat Benatar, who was recently nominated for 2020 induction in the Rock and Roll Hall of Fame. A singer for as long as she can remember, Annelise marks her first performance – at the age of five – as an epiphany.
“I sang ‘Listen to Your Heart’ [by Roxette] at a school show,” she says. “It was the first time I ever sang in front of people.” She was immediately hooked on performing in front of a crowd.
Even at that tender age, Annelise realized she was passionate about music, something handed down by her guitarist dad. From her mom she acquired a love of dance. She would carry and grow those complementary passions through her school years, dabbling in songwriting from the age of nine and teaching herself to play guitar and keyboards along the way.
“In school I was known as ‘The Singer,’” she recalls. She would consolidate her singing and dancing skills performing in school plays during her middle school years before deciding to focus on honing her rapidly growing musical chops.
After spending most of her childhood in Los Angeles, Annelise and her family relocated to Selden, Long Island when she was in high school. After graduation, Stony Brook’s respected music program and close proximity to her home made it the perfect choice to pursue her goals. It wouldn’t take long for her talent to surface.
In 2018, during her sophomore year, she participated in the Stony Brook Idol competition, making it all the way to the finals. She performed on the Staller Center steps in front of about 500 people — her biggest audience to that point. It was also around this time that music producer Lance Luke Bram discovered her. Bram is also a Stony Brook alum, having earned a BS in Biology and a Masters in School Psychology before developing a passion for music production.
“I heard Annelise playing guitar and keyboards and singing on Instagram and her voice has a natural resonance with an authentic sound,” said Bram. “I believe she can succeed in today’s music industry because she is in it for all the right reasons. She’s not doing this for fame or money. Her passion for music is what drives her. She has great ideas about writing and she is also always open to new ideas from others. Plus, she has perfect pitch, which is a pretty rare skill, and she is able to harmonize backing vocals to her tracks effortlessly.”
“Lance really helped me turn my ideas into songs,” adds Annelise. “I would have some chords or song fragments and Lance worked with me to add the melody and lyrics and build the songs. I want my songs to be representative of me and I want to make people feel like I feel. Lance has a great feel of helping me accomplish that.” 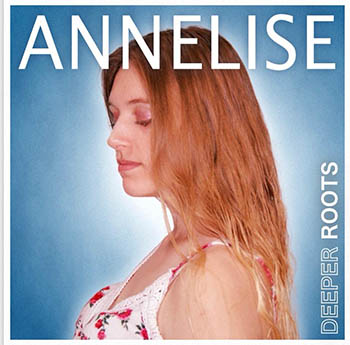 So far the duo has produced two songs, “Deeper Roots” and “Turn You Cold” which can be found on streaming media platforms and iTunes. They are currently working on an EP and Annelise’s first music video. Carrying the Stony Brook roots deeper, the video, which will be produced and directed by Bram, will be filmed by English major Will DeLisi ’20 and his partner, business management major Sebastian Sagastume ’20, who are both cinematographers. The video will also feature dancer and Stony Brook grad student Adam Whitten, as well as the Stony Brook Ballroom Dance Team.
This past August, Annelise had an unexpected opportunity to perform before more than 10,000 football fans when she was invited to sing the National Anthem before a New York Jets pre-season game at MetLife Stadium.
“A friend of the family works for the NFL and forwarded a video of mine to the Jets,” says Annelise. “One day they called and invited me to sing the National Anthem.” As a result of that performance, she was asked to perform at the “A World of Pink” Survivor Gala and Fashion Show on October 16.  A World of Pink is a health facility founded and dedicated to meeting the needs of all women in all phases of breast aftercare.
As she looks to sharpen her skills even further, Annelise has been taking vocal lessons with voice doctoral candidate Thomas Killourhy this semester. Surprisingly, one of the biggest lessons she’s learned so far is that the old adage “less is more” is true in her case, and she is learning to trust her talent.
“I’ve found that I don’t have to work as hard as I thought I had to,” she says. “I can calm down a little bit and let my voice do the work.”
As she pursues her dream of success as an entertainer, Annelise is also taking education classes with an eye toward becoming a music teacher, preferably at the middle school level.
“I really got the inspiration and confidence to pursue my dream when I was in middle school,” she says. “It’s an impressionable age and I would love to be able to encourage and inspire the next generation to pursue their dreams.”
In the meantime, she continues to write her own songs, something she spends most of her limited free time on.
“I would love to create a ‘story’ album in the future,” she says. “There are a lot of songs inside me and I can’t wait to share them.”
— Robert Emproto
Hear “Deeper Roots”: