While much has been made of coronavirus’ catastrophic physical effects, self-isolation can take an equally devastating mental toll on victims and their families. 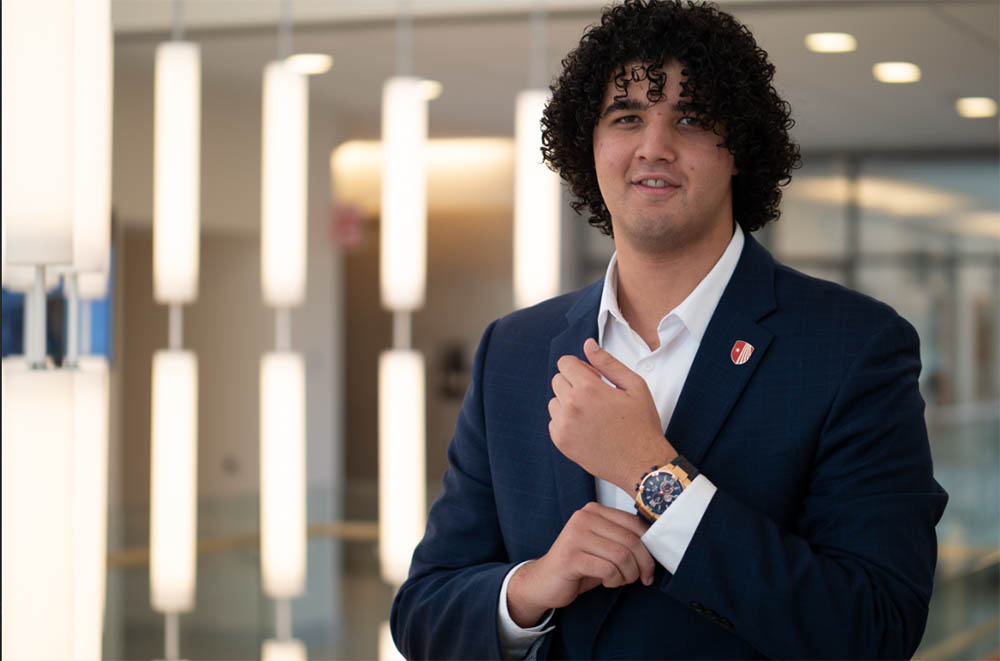 In late April, Heiba learned that his beloved uncle in Brooklyn had contracted COVID-19. It was “one of the worst moments” of his life, he said, as his uncle “practically raised me with help from all of the other Egyptian-Americans in our neighborhood.”

The news went from bad to worse.

“One night, I got a phone call from my parents telling me to pray for him because he had been hospitalized and his condition was rapidly getting worse. Within a week, he was gone,” he said. “While this was happening, my parents and siblings started to get really sick, and they had to isolate themselves from me since I was still working at Stony Brook. In the span of two weeks, I was really anxious and worried that I would lose additional loved ones.”

He pushed aside his anxiety by focusing on his USG role overseeing 25 senators and their projects and committees, and by chairing Senate meetings. But it was when he was applying to medical school and reflecting on his clinical experiences that he realized the importance of mental health and what it means to be compassionate.

As his loved ones healed and his anxiety subsided, Heiba looked beyond how the pandemic affected him personally. It dawned on him that others could be suffering silently as well, so he reached out to Assistant Dean of Students Jeff Barnett, interim associate dean of students, and Christine Marullo, director of student engagement and activities, to see what he could do.

After several weeks of discussion, the USG members created a campaign and social media challenge “to get Seawolves to remember each other and reach out even though they do not see each other anymore,” Heiba said. “The students loved it.”

Shoaib Syed in a Facetime session with Kaila Polizza.

The idea behind the #SeawolvesStrong campaign was simple: students would start an online conversation with two or more Seawolves. Once the conversation ended, one person would share an Instagram post and challenge the people they contacted to pay it forward and approach two additional people.

Heiba worked closely with USG Senator Ryan Tam ’21, who is majoring in biomedical engineering, to collect and share the student stories.

“He came up with the brilliant idea to collect stories via a Google form and post about different students in a style similar to the Humans of New York blog on social media,” said Heiba.

The students’ conversations centered on several common themes: friends and families’ mental and physical well-being; the challenges of online classes, grading and finals; dealing with individual isolation; and summer plans once the pandemic resolves.

“Our intention was for our campaign of kindness and caring to be more infectious than the disease itself,” said Heiba.